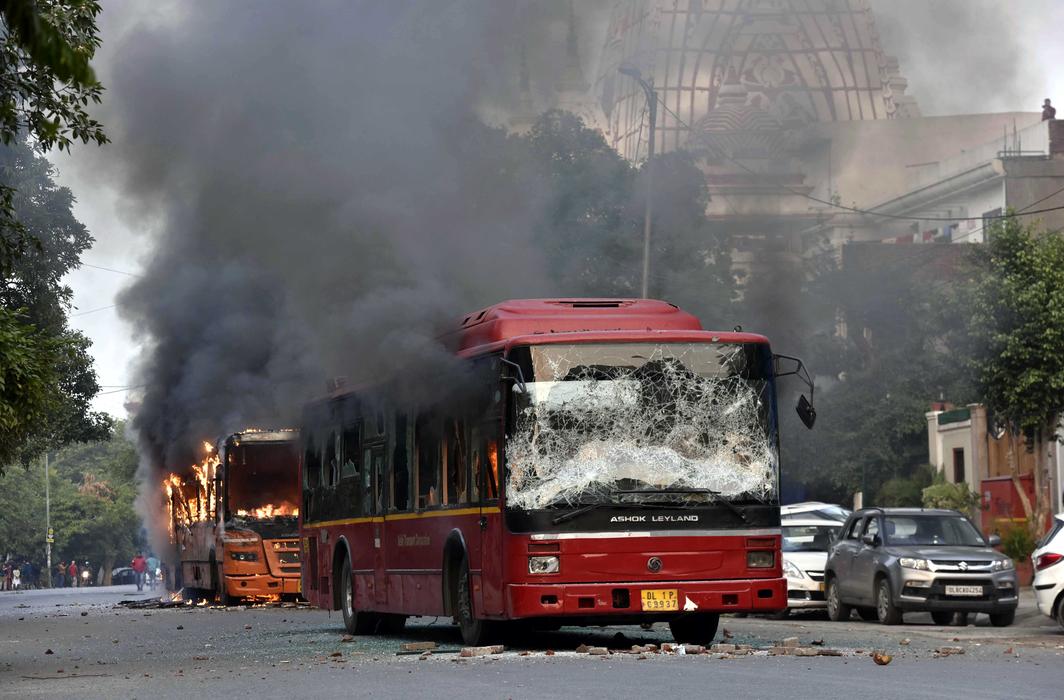 “Power is of two kinds. One is obtained by the fear of punishment and the other by acts of love. Power based on love is a thousand times more effective and permanent then the one derived from fear.”— Mahatma Gandhi

Yesterday, Aligarh Senior Superintendent of Police Akash Kulhari’s video went viral on social media for all the good reasons. He was seen reassuring the students protesting against the Citizenship Amendment Bill that the police force was working for them and not against them. This simple act of having a dialogue with the protestors made sure that things remain peaceful. However, what was problematic was that the SSP’s efforts were being seen as “extraordinary”. What should have been an established norm amongst the police while handling protests is just a singular, uncommon case of police exercising their power with responsibility.

Looking at the escalation of violence in Delhi’s Jamia Millia Islamia (JMI) University on December 15 one is forced to draw parallels with the Aligarh SSP’s efforts to avoid conflict. Newspapers, social media and television channels were filled with images and videos of students being mercilessly beaten up by the Delhi police. While the Delhi police barged into the University without seeking the vice-chancellor permission, the Aligarh police had the University proctor and senior professors at the forefront while interacting with the students.

In Delhi, tear gas shells were shot inside the University library and mosque. Students were paraded on the pathways outside with their hands up in the air like criminals. On the other hand, the Aligarh SSP and district magistrate walked amongst the students unarmed, trusting them and making them feel as law abiding citizens who were being listened too, and not some goons trying to create ruckus.

But all the efforts of the Aligarh police went in vain when the news of Delhi police’s violent crackdown on Jamia students reached the students there. This shows how a miscalculated step in one part of the nation can trigger instances of violence across India and ruin all efforts at intelligent policing and administration in a single stroke.

There are allegations of women being assaulted inside the campus which has forced many of them to leave hostel to stay with relatives and friends. Over 100 cases of injuries were reported from Holy Family hospital and Alshifa hospital that are situated near the University campus. It is important to contemplate where we are heading as a democracy. Protests, agitations and dissent are essential to keep our democracy fresh and thriving. But seeing the crackdown by the Delhi police, one is forced to rethink old notions of people in authority.

If the police didn’t think twice before committing excesses in a campus lined with CCTV cameras, what will deter them in areas without any cameras? Are we being asked to fear the authorities before registering a protest in a democracy? What made the use of brute force against the students indispensable? Is the use of pellet guns and tear gas the only way to dispense an unarmed crowd of students? What precedence are we setting as the world’s largest democracy?

The police and Special Forces are meant to protect people but here they are intimidating them to such an extent that a dialogue becomes impossible. Even if the protestors were going out of control, the police should have acted more intelligently. It is true that “with great power comes great responsibility”. There is nothing that can’t be achieved through a well intended conversation as displayed by Aligarh SSP Akash Kulhari.