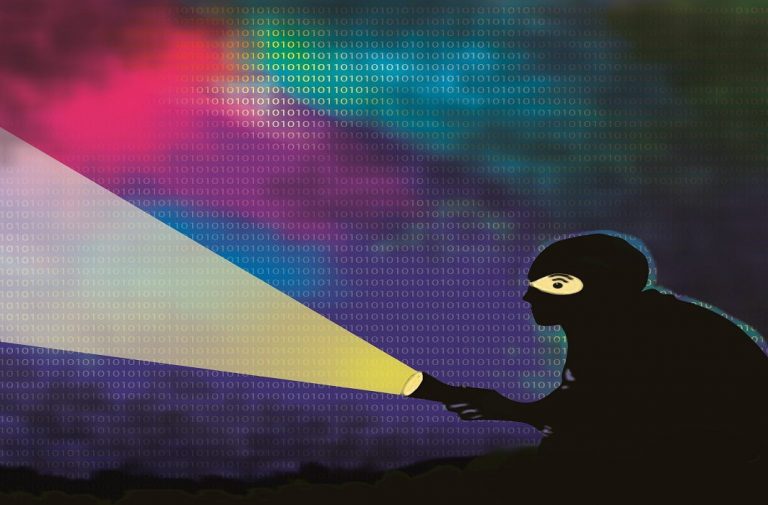 Citizens normally use that part of the web which is called the “Surface Web” where information is freely available through search engines and publicly in a state of anonymity. As we dive deeper, we encounter what is called the “Deep Web” where normal search engines may not be able to reach. The Deep web is not used for any illegal activities but is accessible under authentication.

However, there is a third category called the “Dark Web” which is hidden from the civilised world and used for criminal activities. It is the “under­world” in cyber society.  Dark Web users use the same tools of connectivity as Surface Web and Deep Web users such as connected computing devices but engage in criminal activities.

The Dark Web today also sustains the drug trade, illegal arms trade and major bank heists. Sometimes, its users execute assignments for cyber terrorists and cyber warfare. This Web creates tools of crime and sells them to other small-time criminals. “Crime as a Service” is the motto of leaders of the Dark Web, quite like the mafioso.

If somebody creates a crude bomb, throwing it does not require any skill. Similarly, if malware tools are appropriately designed, there could be many criminals who can use them.

Unsuspecting and ill-informed persons think that crypto currencies and anonymity are symbols of a free society and should be encouraged. The gullibility of such people is exploited by Dark Web dwellers in getting crime-friendly regulations, making the task of law enforcement difficult. It is essential for the survival of civilised society that we take whatever steps are necessary to regulate this monster so that it is chained and rendered harmless.

The general topography of the internet is that every device has a unique ID issued by a regulatory agency and its identity should be part of every communication that goes out as data packets. This is the IP address with which we should be able to track every internet activity. The device ID can be optionally a part of such communication. This helps law enforcement detect any activity on the web and enforce law on such players.

The Dark Web, however, creates a system of “Onion Routers” where messages are transmitted with layers and layers of transmission along with strong encryption. The routing is through many dummy systems to hide the IP address. Unravelling it requires several layers of the routing to be peeled (like onion skins) and also decryption. The surface communication that is available to law enforcement is actually a false IP address and prevents them from identifying the users of the system.

Data accessible in the Dark Web is stored in servers managed by its mafia and is often hosted in countries where the governments are supportive of the criminal activities for their own selfish reasons. Data is encrypted and access is managed through a strong access control system. Many servers of the Dark Web do not provide hosting accounts unless the applicant proves his hacking credentials. Further, the onion routing system hides the identity of the servers in messages.

It may not be out of place to mention here that the origin of the Dark Web concept can be traced to Swit­zerland which created “Numbered Swiss Bank Accounts” which enabled criminals to hide their wealth. It took years to persuade Swiss authorities to cooperate with other nations to reveal secret bank account data at least where criminality is proven. We can, therefore, appreciate how hard it would be to convince rogue nations not to allow hosting of Dark Web servers.

At the user level, there are specialised browsers like “Tor” browsers which can be downloaded by anybody in the Surface Web and used. A combination of the Tor browser and the secure hosting in a friendly rogue country can help Dark Web activities to be technically enabled.

Despite the difficulty and enormity of the task, there is no excuse not to attempt regulation of the Dark Web with a view to mitigating its adverse im­pact on society. Some of the solutions that civil society needs to consider along with legal enablement are:

There is no doubt that many members of the Surface Web are sympathisers of the Dark Web. And just as removal of corruption and black money in the Meta Society has insurmountable challenges, the war against the Dark Web would also be challenging.

However, challenges need not deter us if our goal is clear—to have a trusted digital society. And here, there is no place for the Dark Web.