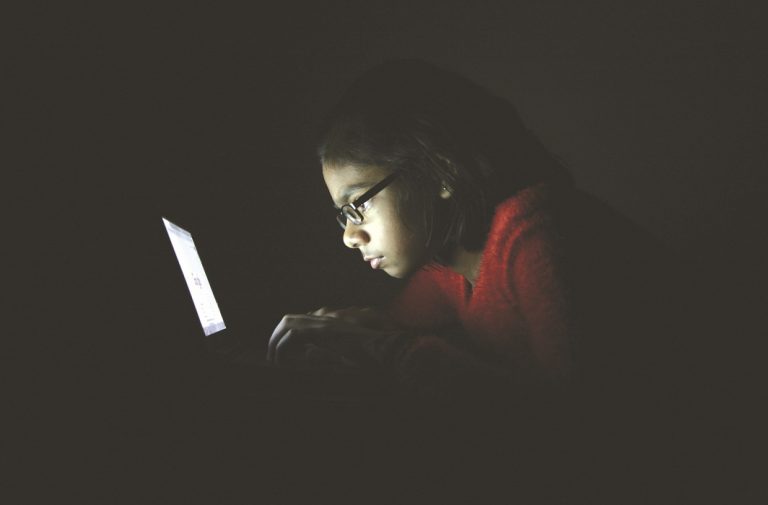 In today’s wired world, children are most vulnerable to online exploitation and sexual predators. Sadly, India has the highest rates of child abuse, online and offline

Fast-paced technological innovation and widespread accessibility of information and communication technology have transformed societies around the world. Children, in particular, have unprecedented access to smartphones and other forms of electronic media which offer them unimaginable access to information. At the same time, this technology provides sexual predators with an anonymous and swift medium to contact potential victims with ease, share images of sexual abuse, exploit children online across borders and create networks that encourage the commission of further cybercrimes. While cybercrime is a global phenomenon, India has some of the highest rates of child abuse, both online and offline.

The home ministry has come out with a booklet on cyber safety for teenagers which addresses their increased use of smartphones, gadgets, online gaming, social media and fake news. The booklet, A Handbook for Students on Cyber Safety, also deals with cyber bullying, cyber grooming and email fraud. The centre has already launched a cybercrime portal to tackle this crime.

It is children who are most vulnerable to such crime. A 2016 UNICEF report titled, “Child Online Protection in India”, had mapped existing laws on safe­guarding children from online exploitation, and also put forward recommendations to ensure cyber safety. According to the report, there were 40 lakh internet users in India, and an estimated 13.4 lakh Indian children use mobile phones.

The National Crime Records Bureau (NCRB) registered 1,540 cases of online child abuse between 2013 and 2015 and three percent of children who called Childline, a helpline, in 2015 cited problems related to online abuse.

Cybercrime against children includes child pornography, stalking, cyber bullying, online child trafficking and sexual harassment. The relevant legislation in this regard includes the Indian Penal Code, 1860, and Protection of Children from Sexual Offences (POCSO) Act, 2012, as well as legal provisions as provided in the Information Technology Act, 2000, and Immoral Trafficking (Prevention) Act, 1956.

Pornography can be found and circulated through various mediums, both online and offline. This includes the circulation of any form of media (video, picture, sound recording) via the internet through a computer, telephone, mobile or tablet. In India, any sexual act performed with a child, consensual or otherwise, is a criminal offence.

Section 13 of POCSO provides for imprisonment for a term of up to five years and in case of subsequent conviction, for a term up to seven years and a fine. Section 15 provides for punishment for storage of child pornography for commercial purposes with up to three years of imprisonment or a fine. The Supreme Court recently imposed a cost of Rs 1 lakh on internet giants such as Google, Facebook, Yahoo, Microsoft and WhatsApp for online child pornography.

In February 2018, the Indore cell of MP’s cyber police arrested a man from Dhar for being involved in a child auction pornography group.

The police, acting on information from Inter­pol, said the group is named Groupo De Leila (an auction group) operating from Portugal.

According to a Microsoft study of online bullying in 25 countries among eight to 17-year-olds, children in India reported the third highest online bullying rate. In an Ipsos survey in 2014, India topped the list of 254 countries for cyber bullying.

Blue Whale Challenge and other viral challenges such as the Choking Game and the Cinnamon Challenge are the most brutal form of bullying.

There have been cases of children being trolled by classmates and becoming depressed and indulging in self-mutilation. In such cases, Section 503, IPC, can be applied because there was a threat to the reputation of a person.

Child trafficking, according to UNICEF, is defined as “any person under 18 who is recruited, transported, transferred, harboured or received for the purpose of exploitation, either within or outside a country”. The online space can provide an unprecedented window into observing tracking, monitoring and notifying prospective buyers as well as identifying targeted children. In India, the Immoral Traffic Prevention Act, 1956, covers offences related to child trafficking and can be interpreted to cover online cases. On August 22, 2018, the police arrested a man for trafficking 14 children, including minor girls, from Jharkhand.

Section 11(iv) of the POCSO Act, 2012, states that when a person monitors or follows a child through the digital media, he or she is committing sexual harassment. However, the “monitoring” or “following” of a person has the characteristics of stalking; the addition of “digital media” in the section also makes it applicable for cyber stalking. It is a cognisable and non-bailable offence. Section 12 provides for imprisonment of a term which may extend to three years and a fine. There was a case in May 2017, where Ritika Sharma (name changed), a student of a prominent Delhi school, was stalked by a Facebook user. A case was registered with the Delhi police.

This is a form of abuse where a child is exposed to sexual content online followed by text messages with a sexual overtone. There are threats to use the child in a sexual act and these act(s) can be a real or fabricated depiction of the child or his/her body. The act has to be recorded or there may be a threat to record it through a phone, camera, video recorder computer or other modes. Section 14 of POCSO specifies a punishment of a prison term of up to five years for this offence.

There should be better awareness among parents, society and law enforcement agencies to eliminate this crime.