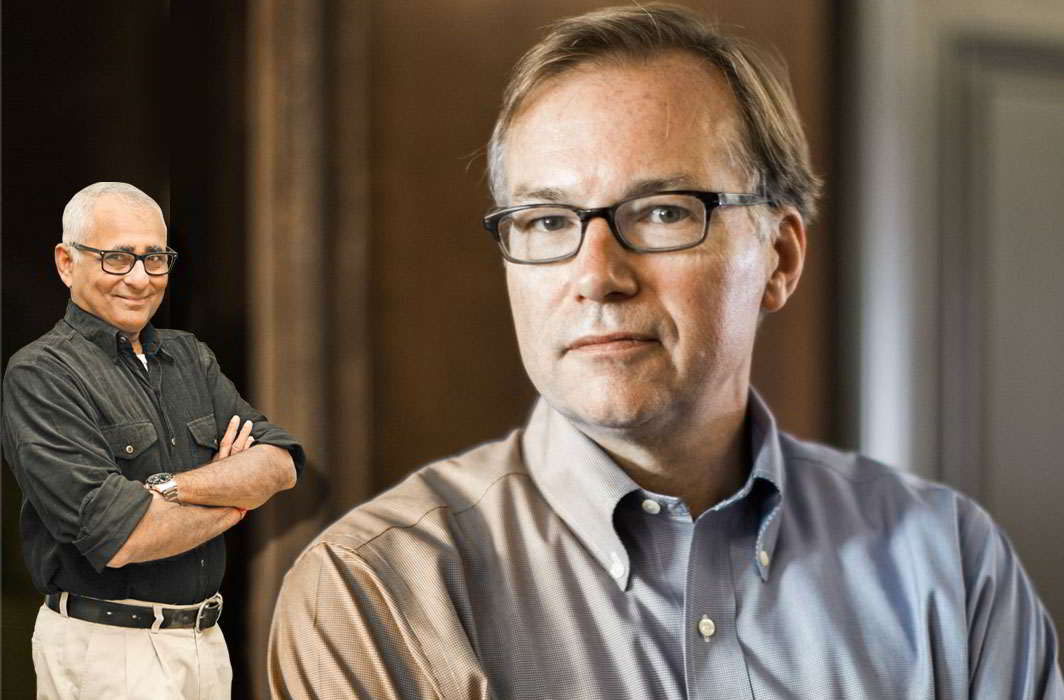 I am a strong believer in the theory of reporters without borders. This is by no means a judicially enforceable concept. But in today’s world where a famine, a war, a banking crisis, a transgression of rights and freedoms in remote regions impact the entire globe, boundaries evanesce. Journalists, now with multiple communications tools at their disposal, have the onerous task of explaining complexities and telling-it-like-it-is.

That’s always easier said than done. Dictators either tell them what to write or ban them, imprison them or kill them. Why they persist in their quest for the dissemination of truthful information when they can lead comfortable lives as hagiographers and yessirring the Maximum  Leader defies rational explanation—the answer must lie somewhere in that ineffable watchamacallit, sometimes known as the human spirit.

It has been rumoured to triumph over darkness and despair. So what’s all this got to do with reporters and borders? Well, lots. Let me go with one example. My alma mater, the Columbia School of Journalism (J-School), and particularly my graduate Class of 1969. There’s a lot of us alumni expats, many living under despicable authoritarian regimes, still practising our craft and drawing sustenance from America’s First Amendment (freedom of expression), a moral compass, an extension of America’s soft power which often serves to influence the rule of law and judiciary in foreign lands and serves as a rallying point against oppression. We draw courage from the likes of  Joseph Pulitzer, Ben Bradlee, Fred Friendly, Ed Murrow, Jack Anderson (my personal guru), Clark Mollenhoff,  Sy Hersh, Lincoln Steffens, Ida Tarbell, Upton Sinclair, Ray Stannard Baker, Nellie Bly… they belong to the world. We journalists claim them as our private property—borders be damned.

When a Nixon or a Trump tramples upon and desecrates the legacy such figures uphold, tyrants across the world jump with joy. “Fake News”, “Alt Truth” become their battle cry as they begin trying to crush those trying to tell-it-like-it-is. And when POTUS describes the press as “the enemies of the American people”, the damage to world freedom goes nuclear.

Until recently, J-School, the most prestigious institution of its kind, which administers the Pulitzer Prize, had remained silent on the issue of Trump’s merciless assault on the Press. I suspect that many of the School’s administrators held the belief—as did several of my classmates —that educational institutions or their deans should not involve themselves in taking politically partisan positions, especially journalists. The best way to answer Trump, they believed, was to expose him through relentless reporting.

I was among those who argued that this was not a matter of taking political sides but rather the need for the most influential school, which has nurtured generations of journalists and taught us to mould future ones to appreciate the magnificent meaning of “we hold these truths as self evident…,” to stand up and be counted as an institution that will lead from the front in warding off the dangers of incipient tyranny.

Across state and national borders, in phone calls, on email, we argued, cajoled, exhorted. Most of us agreed to co-author a letter requesting Dean Steve Coll to meet with a small delegation of representatives of our class: “We, the following members of the Class of 1969, respectfully request that you speak out as head of the Graduate School of Journalism against the efforts of President Trump to demean the press and, in some cases, to question its patriotism…. “It is in keeping with Joseph Pulitzer’s warning that ‘Our Republic and its press will rise or fall together’.”

Negotiators from the Class of 1969—the intrepid Carla Fine, Karen Rothmeyer, Amy Stone, Susan Macovsky, all exceptional journalists and writers—met with Coll. A couple of weeks ago at an alumni luncheon, the Dean of the Columbia Graduate School of Journalism spoke out:

“This is a time of great energy and commitment at our school, for reasons you can imagine. It is a privilege to support our students and faculty and to contribute to journalism at a time when our profession is under attack. And journalism is indeed under serious threat today, in the United States and worldwide, in ways that I have not witnessed in my lifetime.

“As some of you will recall, one feature of a Columbia Journalism School education is learning how to be yelled at. As a reporter, if you are doing your job properly, you can expect to be called names. Even by the President of the United States. Of course, none of us should be dismayed or cowed by such attacks. From day to day, we know that our mission is to get right back to doing our jobs, reporting hard and fairly on all of those who exercise power in our government and economy.

“Yet when President Donald Trump publically referred to journalists as ‘enemies of the people’ and then repeatedly called them ‘dishonest’ or ‘dishonorable’ he crossed into new territory for an
American President, at least in the postwar period.

“With such language, the President is evidently seeking to delegitimize the place of an independent, professional press in our constitutional system, for the purpose of weakening it. We must all recognize and resist this attack.

“This is not a matter of partisan or electoral politics. It concerns specific threats to free speech and journalism under the First Amendment. This should galvanize all of us, whether we are working at big news organizations or at small opinion journals on the right or left.

“Some of you came to Columbia from countries where journalism has never been safe or free. One reason a President’s words matter is that they influence the behavior of dictators abroad, with sometimes fatal consequences. America’s place in the world has long been informed by ideas—above all, the ideals of freedom and due process enshrined in the Bill of Rights. When our leaders seek to delegitimize those rights in the United States, they inevitably encourage those who never honored or governed by them in the first place.

“Last year, 259 journalists were imprisoned worldwide, a record, and 48 reporters were killed. In other fields of civil society, some 260 human rights defenders were killed around the world. These are darkening times.

“Here at home, the more immediate threat concerns the rights of journalists under the law. It is important to remember that the libel laws and court decisions under the First Amendment that shaped the independence many of us have enjoyed during our professional careers are relatively recent achievements in American constitutional history, really dating to the 1960s and 1970s, with the Supreme Court cases in Sullivan v. The New York Times and the Pentagon Papers.

“Fortunately, for now, it is not within the direct power of any American President to rewrite libel laws, or to withdraw the rights of journalists to protect confidential sources. These are mostly matters of state law and Supreme Court jurisprudence. However, there IS an area of Presidential power we should be concerned about in the short run.

“During the Obama Administration, the Justice Department came close to criminalizing journalism by seeming, in at least a few cases, to describe reporters who obtain classified information as co-conspirators in federal crimes, including espionage.

“This winter, we saw applications to our main M.S. degree program rise by about 10 percent. I’m sure many of you have had similar experiences of resilience and a revived sense of mission in the newsrooms where you work.

“These are all examples of how the recent attacks on the press have actually strengthened the press. Yet I believe we are entering a prolonged struggle. It will ask much more of us yet, I’m afraid.

“When I see all of you here, when I hear you speak about your work and your passion for journalism, I am greatly encouraged.

“I’m proud to stand with you, our faculty and students in defense of a courageous, diverse, independent, fearless press. We have work to do.”

Aye, aye sir! This is the triumph of the watchamacallit.