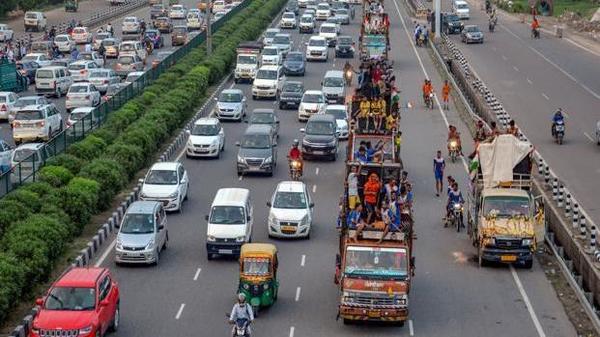 In another first, Delhi District Courts, under the guidance of E-Committee of the Supreme Court of India, are set to accept online payment of traffic challans from traffic rule violators.

In a bid to curb footfall in the District Courts, the first Virtual Court has been inaugurated on 26th July by Former SC Judge, Justice Madan B Lokur in the presence of the Hon’ble Chief Justice DN Patel and other judges of the Delhi High Court in the Tis Hazari Courts. Ms. Ruchi Aggarwal Asrani, Metropolitan Magistrate shall hold the first Virtual Court of Delhi.

The digital challans generated through the e-Challan application will be sent in digital form to the court. All the challans for the given day will reflect in the dash board of the virtual court Judge. The court as per Section 208 of the Motor Vehicles Act, 1988 will issue summons to the violator via the mobile phone and email id of the violator. The message will contain a web link which on clicking will redirect the violator to the virtual court web portal. Thereafter the violator may make payment of the traffic challan online or may opt to contest the challan as per law. A payment gateway is provided for online payment in collaboration with the State Bank of India. The violator will be able to make online payment via credit card, debit card and/or online banking mechanism. Upon payment of the fine, an acknowledgement will be generated showing disposal of challan and the transaction number.

The step has been acclaimed as a big milestone in e-courts project. With increasing traffic, the number of violations has also increased. Disposing them electronically, except where the vehicle is impounded, will not only bring ease in the functioning of the court premises but also prevent the added traffic congestion on roads that is incurred when each violator drives down to courts from different parts of the city.

It will also help people getting their challans disposed of within the comforts of their home. Prior to this, the Delhi District Courts have already launched the e-filing in Arbitration matters and virtual traffic courts are another giant leap in modernization of District Courts in Delhi.

Delhi court directs Yo Yo...