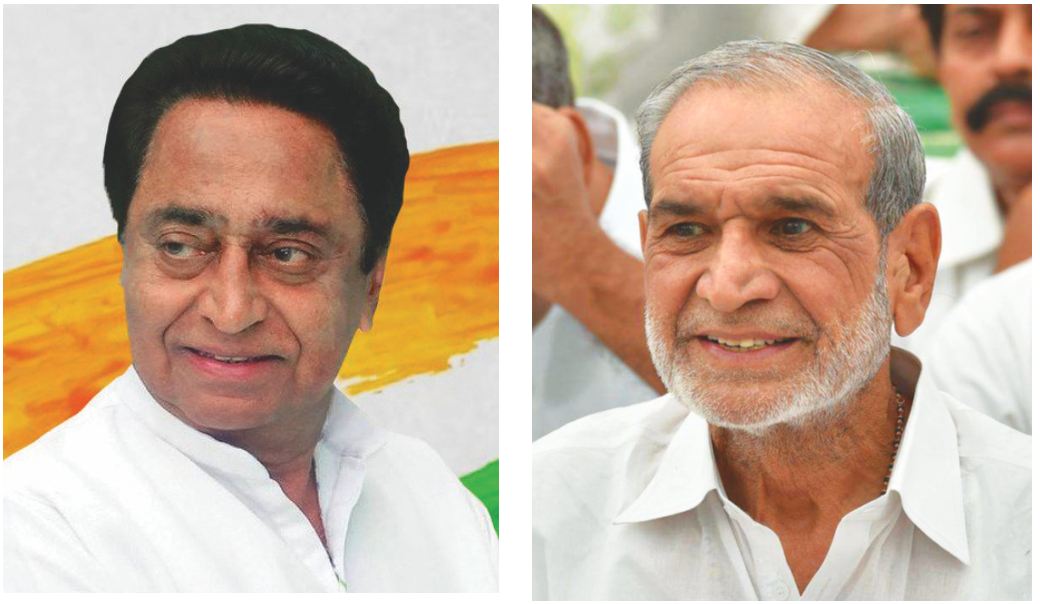 WAS KAMAL NATH A MISTAKE?

It was indeed ironical that shortly before Kamal Nath took over as Madhya Pradesh chief minister, Sajjan Kumar was sentenced to jail by the Delhi High Court for his role in the 1984 pogrom in Delhi in which more than 3,000 Sikhs were butchered following the assassination of Indira Gandhi. Nath and Kumar are both devout Congressmen (Kumar has now resigned) whose party was accused of egging on the massacre. Nath was summoned before the Nanavati Commission investigating the ethnic clea­n­s­ing but was exonerated due to lack of evidence.

Nath’s opponents, including the Akali Dal, have gone on the offensive, saying that his elevation will create an anti-Congress sentiment and hurt the party in the 2019 elections. The question was debated at length within the Congress high command and the main factor favouring Nath was that he, unlike Kumar, has never been charged with a crime. In terms of pure perceptions, will Nath’s selection damage the Congress in Punjab or areas with substantial Sikh voters?

The party’s top echelons, including Punjab Chief Minister Amarinder Singh, think not. This view is backed by intellectuals like Professor Jagrup Singh Sekhon, head of the political science department at Guru Nanak University in Amritsar, who said the Sikhs in Madhya Pradesh had voted for Nath. He told Scroll: “If they do not have any problem with him, why would Sikhs in Punjab be bothered? Had that been the case, the Congress would never have come to power in Punjab after 1984. People only seek that justice is done.” Also, the Congress has ruled Punjab thrice since the 1984 massacre, and Sheila Dikshit of the Congress continued her sway as Delhi CM for 15 years.

Former Prime Minister Manmohan Singh, 86, called the “speak-less one” by his critics, has as strong a presence—as well as a voice—as he did when he occupied the top post. He not only attends plenary sessions of his party, seated next to Sonia Gandhi, but is also playing a powerful and active role in shaping the economic policies platform for the Congress in the upcoming 2019 elections.

Also, he is a master at taking sharp but politely worded digs and jabs at Narendra Modi. Over the years, he has repeatedly accused Modi of using intemperate language unbecoming a prime minister and advised his successor against intemperate behaviour in public discourse. Also, in an indirect upper-cut to Modi on the occasion of the release of his book, Changing India, in reference to Modi’s never having held a press conference since he became PM, Singh said: “I was not the Prime Minister who was afraid of talking to the press. I met the press regularly, and on every foreign trip that I undertook, I had a press conference on return.” He continued: “People say I was a silent Prime Minister, but these volumes will speak for themselves. I don’’t want to boast about my achievements as a Prime Minister, but the events that took place are well described in these volumes.”

Even though Singh suffers from long-standing diabetes and has undergone several open heart surgeries, he obviously has miles to go….

Ashok Gehlot, the irascible and snappish new Congress chief minister of Rajasthan, has begun to double down on exhibiting his political primacy even though—under a compromise formula worked out by party chief Rahul Gandhi following the election triumph in the state election—he must share power with Deputy CM Sachin Pilot. It is widely known that Pilot, as PCC president, and his Young Turk brigade, starting in 2013, played a major role in reviving and bringing back to power the Congress with 99 seats after it had been decimated to a puny 21 seats under Gehlot’s last regime.

The victory margin would have been larger had not Gehlot—the master manipulator who was a key strategist in massively improving the Congress’s performance in the previous Gujarat elections—helped field between 15 and 20 “independent” candidates who cut into the Cong­ress’s winners in Rajasthan and gave him a bargaining chip for the top post.

Even as Pilot staked his claim as the most prominent leader of the campaign, Gehlot’s refusal to budge was backed by Congress Old Guard stalwarts like Ahmed Patel and Ghulam Nabi Azad who have Sonia Gandhi’s ear.

Even though the compromise formula—CM and deputy CM—calls for a “seat sharing” arrangement between die-hard Pilot loyalists and Gehlot backers in the yet-to-be formed ministry, Gehlot has acted with lightning speed to move bureaucrats loyal to him in key positions who are likely to remain there until the general election and do his bidding to strengthen his hold further. Some Congressmen call the CM-deputy CM arrangement as akin to two engines powering the train forward. But what if they pull in opposite directions?

STRAINS IN THE PARIVAR?

Following the merciless drubbing received by the ruling BJP in the three states of the Hindi heartland, the party was in for another severe embarrassment. Recently, when Prime Minister Narendra Modi visited Maharashtra to lay foundation stones for metro rail projects, Kishore Tiwari, a leading luminary of the state’s farmers’ movement, demanded that Modi and party president Amit Shah be replaced. He recommended Union minister Nitin Gadkari  as a suitable alternative to Modi.

Tiwari is the chairman of the state government’s Vasantrao Naik Sheti Swavalamban Mission (VNSSM). In his letter to RSS chief Mohan Bhagwat and general secretary Bhaiyyaji Suresh Joshi, Tiwari laid the defeat of the BJP in Rajasthan, Madhya Pradesh and Chhattisgarh at the feet of “arrogant leaders who implemented devastating decisions like demonetisation, GST, fuel prices hike and other anti-people measures.

“Leaders who pursue an extremist and dictatorial attitude in the party and government are dangerous for the society and the country… This has been witnessed before and if history is not to be repeated, hand over the reins to Gadkari for the 2019 polls.” Tiwari said that Modi and Shah were concerned “only in grandiose Bullet Trains and Metro Rail projects”.

Gadkari has not been silent either. Even as the Modi-Shah duo’s star campaigner, Yogi Adityanath, flopped in all the states where he campaigned, especially in pushing hard on building the Ram Mandir ASAP, Gadkari, speaking at a TV channel conclave, argued that the temple in Ayodhya should be built through mutual consent because it is “not a communal or religious issue”.