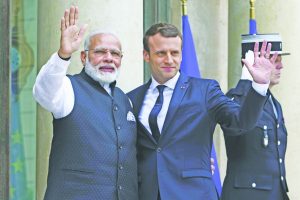 Among all the wide ranging agreements signed during French President Emmanuel Macron’s visit to India last week, the strategic embrace is the most significant. Both countries are concerned with China’s ambitions in the Indian Ocean which is being described as a “new Cold War”.

The “Joint Strategic Vision of India-France Cooperation in the Indian Ocean region”, signed during the visit, is aimed at defence cooperation between India and France, including mutual access to military bases, and an unwritten clause that it could include a third maritime power in the region—Australia. While India has been enhancing its maritime posture in the Mozambique channel, Mauritius, the Seychelles and the Persian Gulf, France has a military presence in all these areas, besides a base in Djibouti and Reunion, as well as in the United Arab Emirates. The agreement shows that India has formally accepted France as a security partner in the Indian Ocean and the two sides will now reach out to Canberra to make it a trilateral embrace. 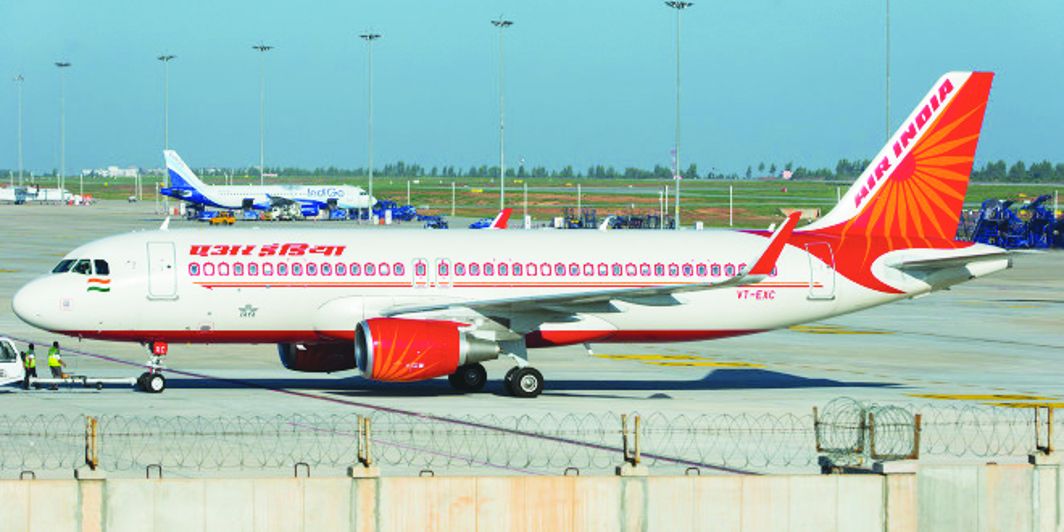 While the Centre is committed to divesting itself of debt-ridden Air India, it is also responsible for a portion of that debt. A recent RTI query by a retired naval officer has shown that the Modi government owes the country’s national carrier over Rs 320 crore which is mostly to do with VVIP charter flights. These include foreign trips undertaken by the PM, the president and the vice-president.

The RTI reply was dated March 8 which means that the money owed could increase if one takes into account the financial year. Most of the bill is meant to be paid by the Ministry of External Affairs and the PMO. The PMO owes the carrier Rs 129 crore. The total due does not include an outstanding bill for VVIP travel from last year of Rs 451.71 crore. The PMO has to fork up the amount for the PM’s travels while the MEA and the Cabinet Secretariat take care of the president and the vice-president’s foreign trips. 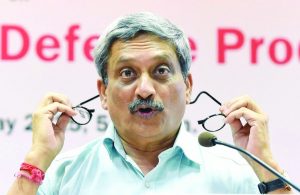 It is a measure of just how much of a one-man show governance in Goa really is. Even while in America, being treated for a serious pancreatic ailment, Chief Minister Manohar Parrikar insists that no decision is taken unless it has his agreement, over the phone or in conferences with key ministers over Skype. In fact, he had indicated his remote control rule in a letter he wrote to the governor of Goa just before he left for the US. The letter does not mention a single minister, and says that he will be in touch with his principal secretary and the chief secretary. Parrikar’s control fetish is also reflected in the fact that he is in charge of 20 portfolios, including home, finance, personnel, general administration and mining. He had also indicated that he will hold cabinet meetings via video-conferencing but so far, none have taken place. He also announced the setting up of a three-member cabinet advisory committee which is essentially a coalition imperative, since it includes a representative from the three major partners in the ruling coalition. Even this is solely an advisory body, with all final decisions to be vetted by the chief minister. The result is a total lack of governance as was evident in the confusion and lack of response from the government after the Supreme Court judgment on banning mining.

Despite the Supreme Court’s latest ruling on Aadhar which extends the deadline, saying that it is not mandatory except for government subsidies and doles, there is a strange contradiction. All Supreme Court judges have linked their bank accounts with Aadhar well before the earlier March 31 deadline! Their salaries are transferred to a public sector bank and records show near total compliance with Aadhar linking instructions.