Over the last four years, the BJP has been claiming icons to prove that the party’s identity is deeply rooted in Indian soil as well as the national movement which was a creation of the Congress party. It has adopted Ambedkar (law minister under Nehru), Subhash Bose and Sardar Patel, and, lately, Mahatma Gandhi as its own.

And now the party is laying claim to the famous Nehru jacket which has no sleeves, hangs below the belt and rises at the neck to form a stand-up collar. After having tried to wipe out Nehru’s name from history textbooks in Rajasthan, the BJP is asserting a sartorial right over India’s first prime minister’s signature upper body adornment by calling it the “Modi jacket”. The Guardian notes that while Modi’s supporters call it proof of the prime minister’s popular appeal because it is selling like hotcakes in India’s khadi shops, critics call the jacket a “fraud”.

Professor Ashok Swain of Uppsala University in Sweden is quoted as saying that “it is the same style that Jawaharlal Nehru made popular. It is exactly the same. Modi just changed the colour”.

South Korea’s president, Moon Jae-in, recently tweeted a picture of himself wearing a “Modi vest”. “During my visit to India, I had told the Prime Minister @narendramodi that he looked great in those vests, and he duly sent them over, all meticulously tailored to my size. I would like to thank him for this kind gesture,” he tweeted.

Quipped Omar Abdullah in a return tweet: “It’s really nice of our PM to send these but could he not have sent them without changing the name? All my life I’ve known these jackets as Nehru jackets & now I find these ones have been labelled ‘Modi Jacket’. Clearly nothing existed in India before 2014.”

Observed The Guardian: “Now the Nehru-cum-Modi jacket has found itself drafted into the wider fight over Indian history and identity.”

There could not have been a better kick-off to a new year in Parliament than the debate over the Rafale deal in the Lok Sabha that saw the finance minister, the Virtual No 2 in the cabinet and unofficial government spokesman, Arun Jaitley, taking on a sprightly, fresh-from-electoral victory Rahul Gandhi. As parliamentary debates go, there was a surfeit of wit and barbs thrown by both sides. On one occasion, reminded by the speaker that he could not name businessman Anil Ambani in his speech, Rahul responded by putting on a look of disbelief and asking the speaker: “I can’t name him?” Lok Sabha Speaker Sumitra Mahajan said it was against the rules. Rahul asked:  “Ma’am, may I refer to him as AA?”

The FM later countered Rahul, saying, “Since he has been using abbreviations, I would like to ask, was he playing in the lap of one Q,” using the initial of the controversial Italian businessman, Ottavio Quattrocchi, who was a close friend of the Gandhi family and a key accused in the Bofors case.

The mix of barbs and banter threatened to derail the debate itself, but for Kalikesh Narayan Singh Deo, the young BJD MP from Odisha, whose interjection was both short and to the point. “Where are the pricing details of Rafale? Why not have the House take a closer look at the deal, which has paralysed the Indian Air Force? Jaitley has cherrypicked facts. Why is the pricing of the deal available everywhere except the official sources?” Not only were his queries brief and sharp, they gave an idea of which way the BJD—never a trenchant government critic—wind was blowing.

Persistent rumours that cricketing ace-turned-Congress politician Mohammed Azharuddin would be joining the Telangana Rashtra Samithi to contest the 2019 general election have now been staunchly denied by the former Indian skipper in a tweet: “The news doing the rounds in the media of me joining the TRS party in Telangana is incorrect & false.” He is now firmly entrenched in Telangana politics as one of the Congress’s state working committee presidents.

The buzz about Azhar ditching the Grand Old Party, which he joined in 2009 and successfully contested his first election from UP’s Moradabad, started when some of his supporters began spreading the word that he would like to contest from the Secunderabad Lok Sabha constituency this time and had received approval from the party chieftains in Delhi.

The Secunderabad option, however, met tough resistance from the Greater Hyderabad Congress Committee president, Anjan Kumar Yadav, who believes he has a better foothold there. Azhar, sources say, was displeased with this rebuff and sent an informal feeler to Telangana CM K Chandrasekhar Rao and his son, KT Rama Rao.

As of now, it is still uncertain from where Azhar will contest. 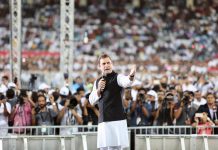 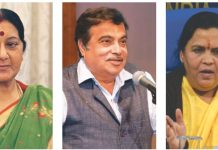 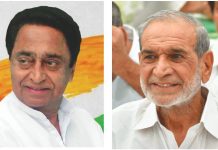