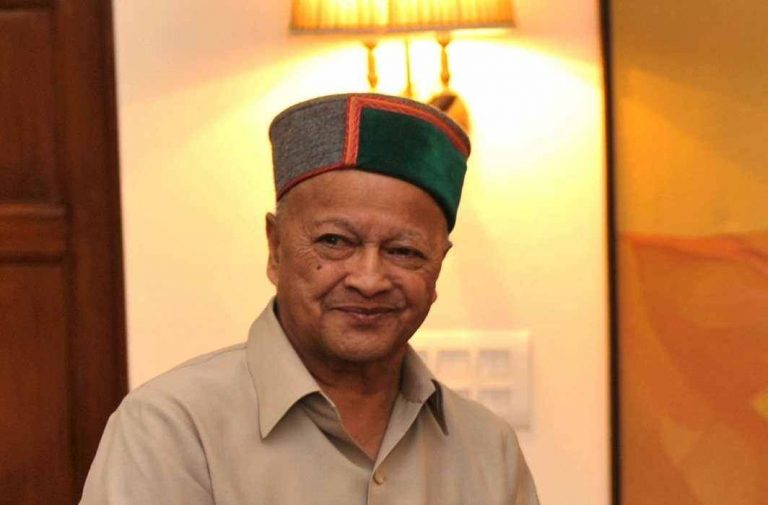 A Delhi High Court judge on Thursday recused herself from hearing the plea of former Himachal Pradesh CM Virbhadra Singh and his wife Pratibha Singh challenging a trial court order to frame charges against them in a disproportionate assets case.

Justice Mukta Gupta said the matter be listed before another judge on Friday. The 82-year-old Congress leader and his wife had approached the high court on Wednesday against the December 10, 2018 trial court order to frame charges against Singh, his wife and seven others in the case lodged by the CBI. The trial court has fixed the matter for January 29 to formally frame the charges against the couple and the other accused.

Singh claimed in the plea that the offence of possessing disproportionate assets under the Prevention of Corruption Act, if any, is said to have been committed in Himachal Pradesh and the consent of the state government is necessary to initiate an investigation. The plea contended that the trial court was only required to look into the effect of the investigation conducted without consent and not to look into the law as to whether consent was necessary.

It said the special judge has wrongly held that sanction for prosecution under Section 197 of the CrPC was not required to be taken as the charges are framed under the IPC and Singh was serving as the chief minister of Himachal Pradesh at the time of taking cognisance of the charge sheet. The trial court, in its December, 2018 order, had said that Singh intended to cause loss to tax authorities by presenting unaccounted money as sale proceeds of apples and had also ordered framing of charges against his wife and seven others for allegedly abetting in the offences.

The other seven accused in the case are LIC agent Anand Chauhan, Chunni Lal Chauhan, Joginder Singh Ghalta, Prem Raj, Vakamulla Chandrasekhar, Lawan Kumar Roach and Ram Prakash Bhatia. The trial court in its 105-page order had said that Virbhadra Singh and Anand Chauhan “fraudulently and dishonestly” signed a memorandum of understanding (MoU) by ante-dating it to give an impression that it was signed on June 15, 2008 by them.

It had added that since the document was made for showing unaccounted money as sale proceeds of apples, they were liable to be charged for the offence of forgery. The punishment for the offences of criminal misconduct and disproportionate assets under the PC Act ranges between one to seven years jail term, forgery under IPC entails a maximum of two years imprisonment and the offence of cheating could lead to a maximum sentence of seven years.