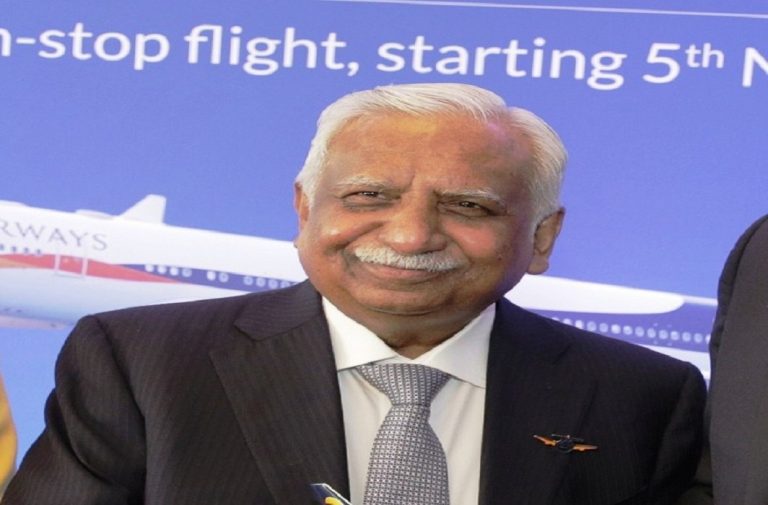 The Delhi High Court has sought Centre’s response on a plea filed by Jet Airways promoter Naresh Goyal seeking annulment of Look out Circular (LOC) issued against him.

A single judge bench presided by Justice Suresh Kait fixed the matter for next hearing to Aug 23.

At today’s hearing, Centre’s counsel said to the bench that investigation is being conducted against Goyal for fraud amounting to Rs 18,000 crore.

Goyal’s counsel said that LOC was illegal and hence could not be issued as it has not been mandated by any law enacted by the Parliament.

Earlier on July 5, Justice Vibhu Bakhru had recused himself from hearing the case.

It may be recalled that Naresh Goyal and his wife Anita Goyal were stopped from departing India by the immigration authorities at Mumbai airport on May 25. They were offloaded from London-bound flight keeping in view of the LoC issued against them by the Ministry of Corporate Affairs and Serious Fraud Investigation Office (SFIO).