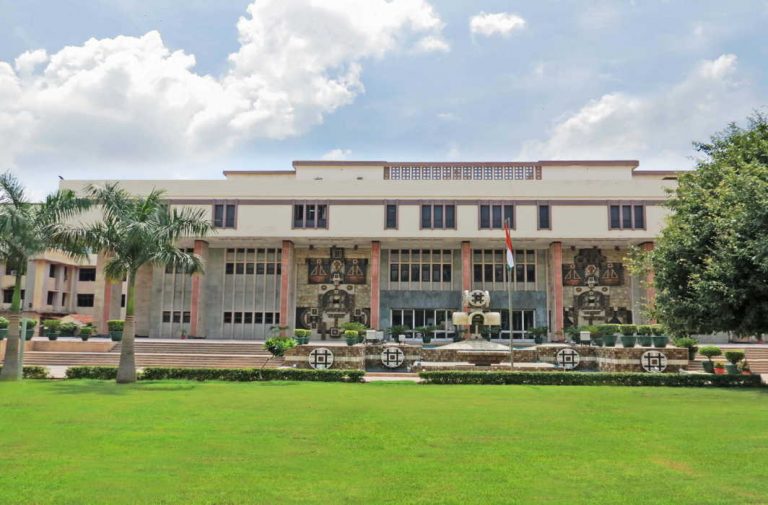 Delhi High Court dismissed the petition seeking to revoke the cancelled License of a constructional engineer by Municipal Corporation.

The Delhi High Court in a judgment titled Dharmender Aggarwal Vs North Delhi Municipal Corporation and Anr dismissed the Petition seeking the prayer to revoke the cancelled license of an engineer/structural engineer by the Municipal Corporation of Delhi. The Petitioner was debarred from the profession for two years due to the violation of the building and construction bye laws.

The Petitioner was granted license by South Delhi Municipal Corporation as Engineer and Structural Engineer. The validity of the licenses was until December 31, 2017. The licenses were issued originally in the year 2014. The previous record of the engineer has been impeccable and there has been no complainant against the engineer. On the construction of a building in Pahari Dhiraj, Delhi for which he had applied for sanction of building plans online. The affidavit submitted to the Respondents or Municipal Corporation clearly stated that the construction on the existing building would be done only after the demolition of the current structure.

The owner of the house filed a complaint against the engineer after receiving the notice from North Delhi Municipal about the illegal construction. The Corporation sent two show cause notices to engineer which as per the statement of the Petitioner (engineer) in the court were unserved. However, on the further detailing, he got the show cause notice and filed a reply stating that any further construction on the site had to be communicated to the Petitioner as per the agreement which the owner clearly failed to do so. Hence, the liability on the Petitioner cannot be levied. The status report of the respondent number 1 filed by NDMC in the court alleged that while applying for the license, the petitioner did certain omission like stating that the construction would occur only after the demolition of the existing site which did not happen at all. As the Petitioner received the sanction under Saral scheme, it was his duty to supervise the construction as per Master Plan Delhi-2021.

The counsel appearing for Petitioner Mr. Bhola, informed the court that impugned action of the respondents is totally illegal as according to him, the petitioner has only applied under the saral scheme for sanction of building plans. He submitted that he was not informed about the construction plan which should have been communicated to him. The ill action of the owner of the house as he started construction without informing the Petitioner should not be blamed on the Petitioner.

Delhi High Court Justice V Kameswar Rao said, “I  am  unable  to  agree  with  the  said  submission  of  the learned  counsel  for  the  petitioner  for  the  simple  reason  that  the petitioner was licensed  as  an “Engineer  /  Structural  Engineer”.  There  is  no  dispute  that  as  a  structural  engineer,  the  petitioner was to supervise the construction of the property in question.  He got the building plans sanctioned for the construction. If  the petitioner was informed by the owner that he shall inform him at the time of construction of the property and was not informed, the petitioner cannot absolve himself  of  the  consequences thereof of the building being constructed in  violation  of  the  sanctioned building plans and contrary to the affidavit / undertaking given by the  owner. This I say so, the responsibility surely, was on  the petitioner to keep an eye  on  the  property in question and to ensure  that there is no illegality committed by any person, even the owner. If there was violation, he was required to inform the authorities about the violation by the owner. He has not done that.”

The counsel for the Respondents, Mr. Rajan Sabharwal submitted and be affirmed with the submission made in the status report. He further clarified that in the affidavit there was a clause wherein the Petitioner was supposed to supervise the construction site after the approval. Mere stating or detaching orally cannot be affected as per the spirit of the affidavit submitted with the respondents.

Justice V Kameswar Rao disagreeing with the contention of the Petitioner held, “no ‘Structural Engineer’ can put the blame on the owner to escape the liability / consequences. A structural engineer, who is licensed with the Corporation, has certain obligation to ensure that the construction is being done as per the sanctioned building plans and affidavit / undertaking, which the petitioner, in the case in hand has failed to, adhere to”.

The Petition was accordingly dismissed.