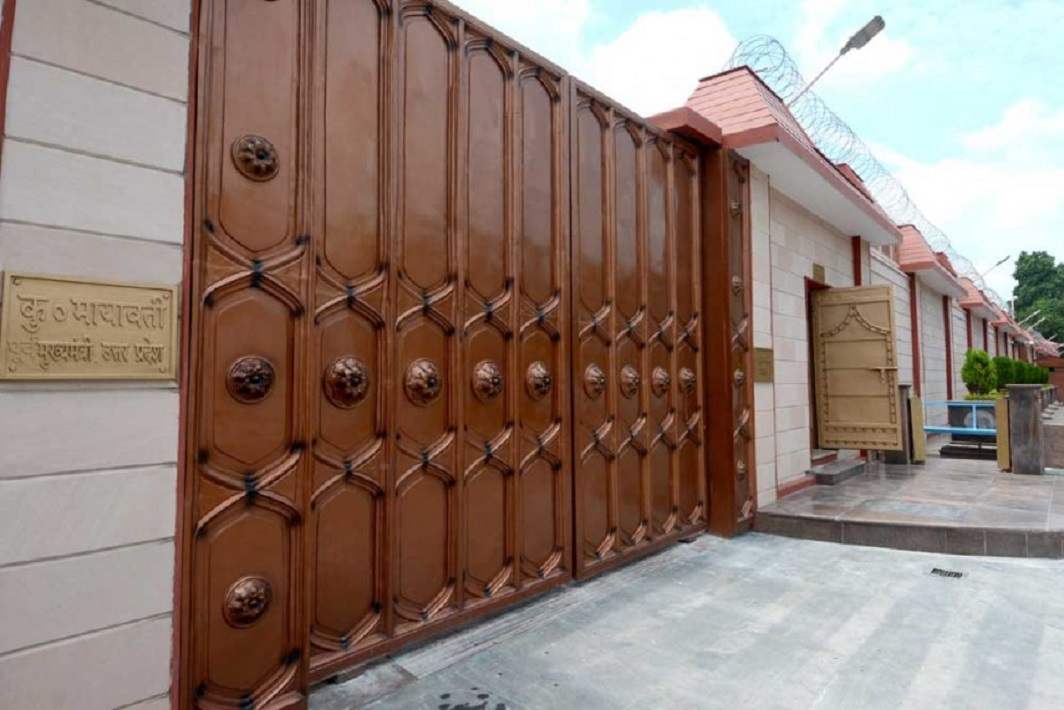 Above: The residence of former Uttar Pradesh chief minister Mayawati in Lucknow

The top court has questioned the UP government for enacting a law to give residences to former CMs. This could also affect former presidents and prime ministers

In theory, India is a constitutional democracy, wedded to the principles of equality and rule of law. In practice, this is not always so as some political leaders, merely be-cause they held public office in the past, continue to be entitled to government accommodation paid for out of the public exchequer.

This constitutional aberration, taken for granted all these years, is now under judicial scrutiny, thanks to Uttar Pradesh’s refusal to comply with a judgment of the Supreme Court of India which deprived former chief ministers of the state of entitlement to government accommodation.

On August 1, 2006, a three-judge bench of the Supreme Court, comprising Justices Anil R Dave, NV Ramana and R Banumathi, declared the Ex-Chief Ministers’ Residences Allotment Rules, 1997, illegal. This is because it was not in consonance with a law enacted in 1981, which allowed only 15 days’ grace period to CMs who had completed their terms to retain government accommodation. The bench had directed the former chief ministers to hand over possession of their bungalows within two months, and asked the government to recover appropriate rent from them for the period they were staying there illegally.

The petitioner, Lok Prahari, an NGO based in Lucknow, through its general secretary, SN Shukla, argued that if other ministers and constitutional functionaries such as judges, the governor, the speaker, etc., are not provided accommodation after completion of tenure, there is no justification for giving a government bungalow either free or for a nominal rent to former chief ministers. Accepting the contention, the Supreme Court held that the state has no right to fritter away government property in favour of private persons or bodies without adequate consideration.

Following the top court judgment, the then Akhilesh Yadav government in Uttar Pradesh amended the UP Ministers (Salaries, Allowances and Miscellaneous Provisions) Act, 1981, to allow former chief ministers to occupy government bungalows. The amendment was challenged by Lok Prahari as being unconstitutional, as it aimed to defeat the Supreme Court’s August 1, 2016 judgment.

The Supreme Court bench, comprising Justices Ranjan Gogoi and Navin Sinha, while hearing Shukla’s challenge to the amendment on August 23 last year, was of the view that the issue raised in his writ petition was of considerable public importance, and would have an impact on pari materia (similar laws) legislation in force in different states and also central legislation, if any. The bench, therefore, felt there was a need for in-depth consideration and examination of several facets of the issue. It then requested Gopal Subramanium, a senior member of the Bar, to appear in the case as amicus curiae, to be assisted by another advocate, Gopal Sankaranarayanan. The bench also requested Subramanium to prepare and circulate a brief note among the parties, explaining the legal issues in the case.

Subramanium submitted in his note that for a republican society to exist, public officials must not be artificially exalted to a superior class at the expense of the citizenry through the conferment of arbitrary privileges upon them by their colleagues. Such exaltation of the ruling elite is a characteristic of authoritarian and totalitarian regimes and antithetical to our republican democracy, he added. Citizens can hold all public officials to account only where all privileges, rights and benefits conferred on them are reasonable, rational and proportionate, he explained.

The exaltation or elevation of a certain class of retired public officials over other citizens would clearly violate the scheme of equality created by the Constitution, he submitted. A statute which confers public property on private citizens who are no longer serving any public function would undermine trust and confidence in the institutions of the government, he argued.

Relying on the Supreme Court’s judgment in the triple talaq case last year, Subramanium had proposed that the Supreme Court could strike down legislation on the ground of arbitrariness. Non-discrimination under Article 14 envisages cessation of privileges on cessation of public office for all public officials, he emphasised in his note. Under such circumstances, creating a separate class of “ex-chief ministers” would fall foul of Article 14 for the purpose of conferring privileges, he said.

Relying on the UK Supreme Court, Subramanium stressed that when decisions of public policy are reached, taking into account irrelevant considerations or failing to take into account relevant considerations as well as improper purposes, this will render the policy decision ultra vires. Subramanium brought to the notice of the Supreme Court that at least six states have similar provisions as Uttar Pradesh in extending benefits and facilities to former CMs, some of which have been discontinued but could be reintroduced. “These raise a question of principle, and may be dealt with in the same manner,” he suggested.

Subramanium admitted in his note that the centre also follows a similar policy by granting former presidents and prime ministers official residences after they demit office, and in some cases, permits their widows to continue in the residences after their deaths. He refer-red to a cabinet decision in October 2014 to stop the allotment of bungalows as memorials, which had hitherto be-come a common practice.

Citing the fact that other constitutional authorities like the chief justices of India and comptroller and auditor generals of India are not entitled to official residences after demitting office, he emphasised that there cannot be discriminatory treatment and allocation of additional privileges in favour of some former public servants.

“As this phenomenon seems to be a nation-wide one, it might be necessary for a final quietus to be given to this practice on the anvil of Article 14 of the Constitution, lest further such claims emanate from all quarters, including  the legislature, and the judiciary,” Subramanium concluded.

As the Supreme Court resumes hearing in this case on January 16, all eyes are trained on how it will respond to Subramanium’s suggestions.

If the Court is inclined to accept them, the residences allotted to former presidents Pranab Mukherjee and Pratibha Patil and former prime ministers  Atal Behari Vajpayee and Manmohan Singh may well come under scrutiny before it.