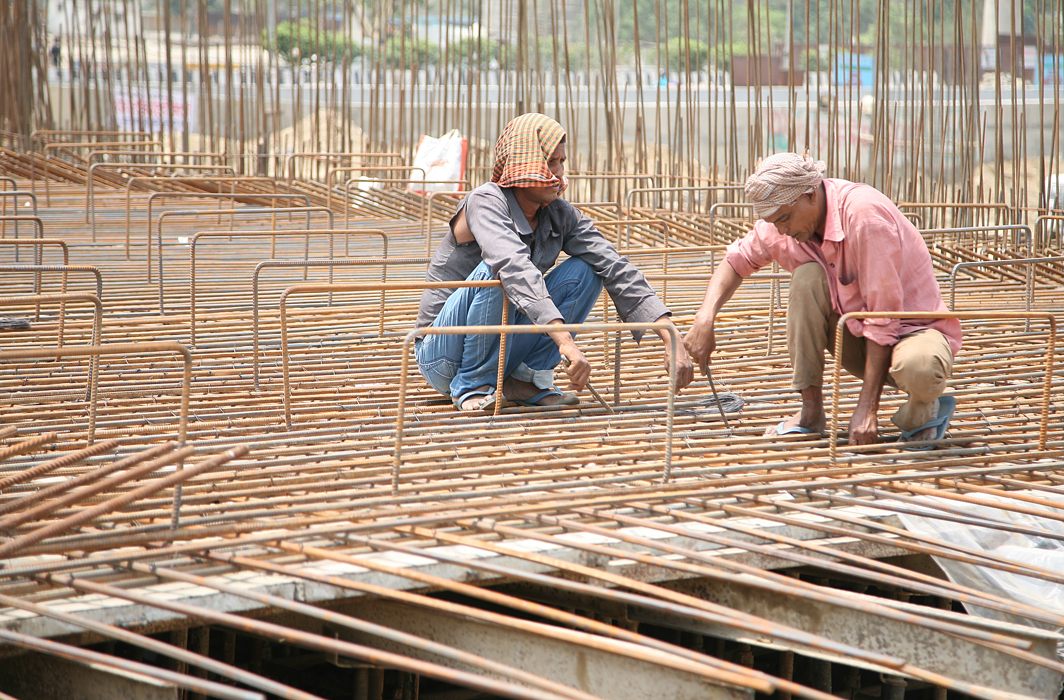 The Union government has released the draft National Policy on Official Statistics. In the second part of its two-part series on official statistics, India Legal looks at the changes the policy draft proposes to the statistical system. The first part of the series focussed on employment statistics, and can be found here.

A new social media war broke out between the Bharatiya Janata Party (BJP) and the Congress party after Narendra Modi’s government released gross domestic product (GDP) estimates for the last quarter of 2017-18.

The BJP tweeted a graph showing a steady growth in GDP since the beginning of 2017. “After dark days of UPA, India story is rocking again,” said its tweet, which was predictably re-tweeted and replicated by party leaders and supporters.

The Congress hit back at the Modi government’s “GDP jumla”, saying that the BJP itself had presided over the decline in GDP growth rate since 2015 and had given an incomplete picture by choosing 2017 as starting point for the graph.

It was one of the better days for statistics released by the government. Questions were not raised on the truthfulness of the data, or the professional independence of those collecting and processing it. Economists did not point out contradictory patterns in the numbers. Over the past four years, government statistics have not been this fortunate.

With about 90 per cent of India’s economy functioning in the unorganised sector, collecting statistics has always been difficult. But, from GDP estimates released after Modi’s demonetisation in November 2016 to official claims of seven million jobs created in 2017, government data — the soundness of its computation and the timing of its release — has repeatedly come under intense scrutiny.

So the draft National Policy on Official Statistics, released on May 17 by the Union ministry of statistics and programme implementation, has come at a critical juncture.

The government has said the policy will incorporate United Nations Fundamental Principles of Official Statistics into the country’s statistical system, giving it “professional independence” and making official statistics “free from any undue pressures or influences”.

Among other changes, the policy will give financial autonomy to the National Statistical Commission (NSC) and classify certain data sets as “core statistics”.

The NSC is the premier adviser to the Indian government on official statistics. While the primary statistical bodies—Central Statistics Office (CSO) and National Sample Survey Office (NSSO) —are under the Union statistics ministry, the NSC has remained out of the government’s direct control.

But, the commission works part-time, and till last year had met only 97 times—on average less than 10 meetings every year since it was set up in 2005.

“The commission is handicapped in terms of resources,” NSC member Dr Manoj Kumar Panda told India Legal, adding: “About a year ago, a proposed visit to a state was cancelled because there was no money left in (the allocated budget for) that financial year.”

The draft policy, once approved by the Union Cabinet, aims to grant grounds for the Parliament to make the commission financially autonomous, with an initial endowment of Rs 5,000 crore.

NSC’s role, however, will remain restricted to advising the government. The policy mentions that the commission will be a regulator, but does not assign it regulatory functions beyond audit and censure of government statistical bodies.

“The United Kingdom initially tried a statistics commission just like ours. But, after a few years theydid not find it useful. So they formed the UK Statistics Authority. It is autonomous and responds directly to the Parliament,” NSC member PC Mohanan told India Legal.

The policy draft also iterates the importance of NSC’s independence: “The main purpose of having a statutory commission is to ensure that the production of core statistics and their release are free from government influence, to meet the problem of coordination and to ensure public trust in statistics.”

The policy also proposes to create a new body, the National Statistics Development Council (NSDC), with the Prime Minister as its ex-officio head, “to provide directions to the NSC” on limited policy matters. However, critics question the necessity of creating such a vertical.

“I don’t know if the NSDC is really needed. What is the idea behind the NSDC? You want the Prime Minister’s approval,” Dr Ankush Agrawal, a professor of economics at Indian Institute of Technology Delhi, told India Legal.

MVS Ranganadham, Director General of Central Statistics Office disagrees. “The NSDC is not for control. We call it collaboration and cooperation. It is not a question of who is bigger,” he told India Legal, adding: “Cooperation with states is very important for large-scale statistical activities. NSDC will handle these aspects of centre-state relations.”

Ranganadham said the best feature of the policy is that it classifies a number of data sets as “core statistics”. Core statistics, the draft says, will be subject to more rigorous standards for quality and timeliness.

The draft lists 120 data sets as “core statistics”: from food grain distribution records and monsoon performance to land records and GDP growth. It also proposes a constitutional amendment to include core statistics in the Union list. “It is necessary to ensure that the Union list provides for regulating statistics of national importance, which aspect cannot be left to be decided by states (sic),” it says. “This makes the central government bear the cost of producing and disseminating core statistics. This also facilitates regulation of core statistics,”the draft adds.

Not all agree with the “national importance” premise. The Centre for Internet and Society (CIS), a not-for-profit organisation, in its response to the policy draft, said: “The description of what constitutes core statistics casts too wide a net by only having a single vague qualitative criterion, i.e., national importance.”

Core statistics “include items such as ‘landholdings number, area, tenancy, land utilization’ and ‘statistics on land records’ while most responsibilities of land regulation currently lie with the states,” CIS said.  Adding core statistics to the Union list “will prevent the states from enacting any legislation that regulates the management of statistics regarding their own administrative responsibilities,” it continued.

The central government, last year, had also pushed through an amendment to the Collection of Statistics Act, 2008, without referring it to any Parliamentary Standing Committee. Yet, concerns over centralization of official statistics are offset by calls for standardization of the current system.

“Our data system is highly decentralized. It goes down to the panchayat level. We need a proper policy of formalized data systems that everyone follows,” NSC member Rajiv Mehta told India Legal.

“Any national statistics cannot be compiled without coordination of states. It is not possible to have all official statistics within the confines of the union list. The draft policy also has to be replicated at state level,” said Amey Sapre, a consultant at the National Institute of Public Finance and Policy.

The policy draft, at several points, invokes the UN Fundamental Principles on Official Statistics and expresses commitment to ideals such as transparency, independence, and timely disclosure of statistics. But, reviewers say there is an absence of guarantees to ensure that these assurances are followed in practice.

“A running theme in the document is that it has no specifics defined,” said Gurshabad Grover, a researcher at CIS.

Ranganadham, however, explained the government’s rationale thus: “Concrete measures are product-specific. For national accounts they will be different, for labour statistics they would be different. The policy only gives generic enabling provisions for laying down standards required for generating quality statistics.”

Prabhakar Singh, head of institutional business at Centre for Monitoring Indian Economy, a not-for-profit organisation, said that is easier said than done. “Making a policy is one thing. Implementing it is another,” he said.

With the credibility of official statistics under strain, particularly when the next general elections are less than a year away, implementation of these standards will become crucial, especially where there are gaps left by the international framework.

India for instance complies with International Monetary Fund’s Special Data Dissemination Standards (SDDS) for national accounts statistics such as GDP. But, the country has invoked flexibility provisions under SDDS for the release of labour statistics.

The ramifications have been clear. While the government announces GDP numbers regularly, it has not released official unemployment estimates since 2016.

The policy once again promises that “production of core statistics”—including unemployment rate—“and their release, as per a pre-announced calendar, free from government influence, will be ensured.” Making good on this promise though will be a challenge for the country’s statistical system, which has remained headless for most of this year, with the office of the Chief Statistician of India lying unoccupied among other vacancies.

“For the past 20 years, the minister of statistics has always been a person of irrelevance. That shows the apathy of successive governments towards statistics and data,” Singh said.

The question over credible statistics thus becomes one of whether the country’s policies are backed with evidence—and whether the National Policy on Official Statistics is.