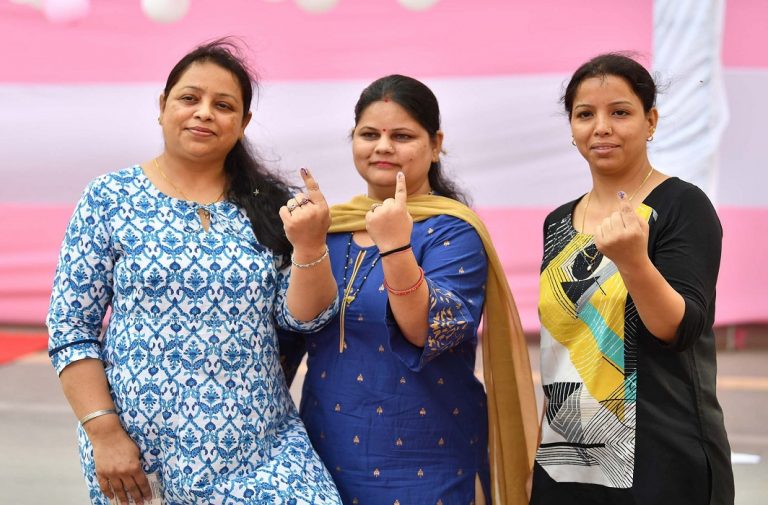 The soul of India lives in its villages, said Mahatma Gandhiji more than half a century ago. Gandhiji might as well have said that the vote of India is in the villages. What we will know for sure in the 2019 Lok Sabha elections, whose results will be declared on May 23, is how the rural voters – or the votes from the villages in India – have exercised their franchise to determine who will head the next government at the Centre.

The Election Commission of India [ECI] has conducted the biggest election in the world – a seven phase eight-week poll where parties will vie for the 543 seats in Parliament. The top political leadership has been campaigning across various media platforms to encourage voters to go to the polling booths. And the campaigns across various platforms have been aimed at getting the eligible citizens to vote both in the rural and urban sector.

We mention this to indicate how efforts have been made to ensure that the 2019 elections will hopefully record the highest-ever voter turnout ever. Over the years, it has hovered in the range of a low 52 per cent to a high 67 per cent. These are approximate figures for the national parliamentary polls right from the time it began in the 50s.

The differential pattern between the rural and urban voting is getting really demarcated as, by and large, as the difference in voting per centage between the highly urban and highly rural areas can vary from five to 20 per cent. There are many reasons, but the psychological reason is of paramount importance in the voter’s decision-making ability.

Large population in the city can be called “thinking” population who always think of casting the vote but generally do not cast their votes. In the villages and rural areas, the voters are considered “thinker” voters. They decide and cast their votes without dwelling too much on the issues at hand. They don’t dilly-dally. They just go and vote.

The voters in the hinterland matter: there are 342 rural, 144 semi-urban and 57 urban constituencies in the country, as per 2011 census categorization. A big surge in rural voting per centage means a lot to the winning side: BJP, for example, won 178 rural constituencies in 2014 as compared to only 66 in 2009. Rural discontent is a warning sign to any party.

One of the ECI campaigns was `no voter should be left behind’. Many efforts have been made to address the problem of poor voter turnout, one of which was the idea of introducing compulsory voting. This idea was pooh-poohed by the Government of India and two private bills introduced in Parliament did not yield the desired results. The Centre was informed that this idea was not practical. Even in states like Gujarat and Karnataka, who have passed Gujarat Local Authorities Laws Bill 2009 and Karnataka Panchayat Raj (Amendment) Bill 2015 respectively, the bills do not provide adequate punitive measures.

For example, in 1951, it was Dr BR Ambedkar who rejected the idea of compulsory voting on account of practical difficulties when a discussion on the People’s Representation Bill in Parliament was mooted by a member. Even the 1990 Dinesh Goswami Committee looked into compulsory voting issue but here again the roadblock was the practical difficulties involved in its implementation. Two more bills in 2004 and 2009 also were stopped in their tracks including the Compulsory Voting Bill, 2004.

The concept of compulsory voting prevails in only 22 countries around the world, the largest being Brazil and Australia. And there too the punitive measures are very little. One of the constraints for Indian demographic profile is the cost of per capita vote. It was in the range of Rs 15 to approx. Rs 16 in the three preceding national Lok Sabha polls 1999-2009 but it jumped almost four-fold to about Rs 47 in 2014. The current national polls over all cost is anywhere in the range of Rs 50,000 crore and above and consequently the cost of per capita vote may rise even further.

Indian democracy comprises of significant number of daily wage earners and Compulsory voting without giving adequate financial protection may be an act of deprivation of their earning.  Any financial benefit extended to the said daily wage earners will further compound the problem of cost escalation of election.

Besides, a raging controversy of EVM manipulation etc has not subsided despite it bearing very little credence. Compulsory voting is unlikely to be a solution either.

However, there are persuasive means to influence the voters to go and vote. We may have to look at how, many years ago, the campaign to educate people on the dangers of cigarette smoking and how the cigarette warning labels were subsequently introduced. Media channels can help in this regard. Print media can develop persuasive slogans under the guidance of ECI. Television programmes can run tickers to encourage voters. Sometimes it can be a subtle warning too: a small slogan like‘if you watch this program and don’t cast the vote you don’t deserve to watch the program’ etc

Such persuasive innovations can sensitise the voters’ mind and the voter per centage can go up. However, recent controversy over the compulsory voting is just a gimmick to draw the public attention and nothing much particularly in view of long-standing history of Indian democracy and the burning issue of compulsory voting.

Meanwhile, the debate on whether a voter must be encouraged or coerced to vote will continue to engage our minds in our vibrant democracy.

—The author is a Karnataka Cadre IPS officer