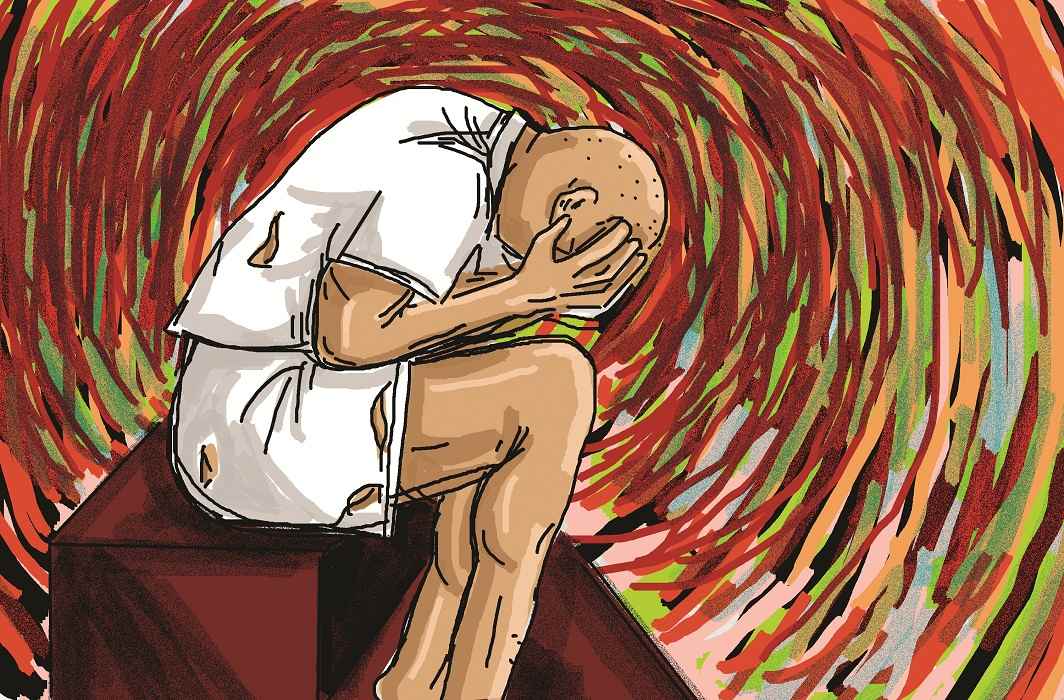 All mentally ill persons who are convicted, the Court ruled, ought to be treated with dignity according to the Mental Health Care Act

In Accused X v State of Maharashtra, Justices NV Ramana, Mohan M Shantanagoudar and Indira Banerjee (delivered on April 12, 2019), wrestled with many a dilemma in the field of criminal justice and mental health. Leaving largely the matter of sentencing guidelines to the legislature, the Court favoured working with a framework of reasoned judicial discretion privileged by judicial directions.

However, as Justice Ramana said, the “complex questions concerning the relationship between mental illness and crime” raise issues about how culpability “can be assessed for sentencing those with mental illness? Is treatment better suited than punishment?” In a constitutional democracy, such questions are critical for professional as well as public discourse.

The vast question of whether to abolish or retain the death penalty did not concern the Court here. Nor did it require any elaborate examination whether the crime committed and death sentence awarded fell outside the “rarest of the rare” situation. Both the trial and the High Court had decided that the heinous crime of statutory rape and murder of two girls coupled with an earlier record of such crimes deserved death.

However, the appeal was based on two narrow grounds: first, no separate hearing on the sentence was given by the trial court in direct contravention of Section 235(2) of the Code of Criminal Procedure (CrPC) and second, the award of the death sentence was contrary to the three-judge Bench decision in Shatrughan Chauhan (2014) followed by a four-judge Bench decision of this Court in Navneet Kaur (2014). These decisions ruled that the execution of persons suffering from mental illness or insanity violates Article 21 of the Constitution as this would be a “supervening circumstance meriting commutation of the death sentence to life”.

The Court ruled, in effect, that the CrPC did not mandate a separate pre-sentence hearing and ordered the conversion of death sentence to a life sentence till the natural term of life. But the Court added that about 17 years on death row was long enough to cause mental illness and directed the State of Maharashtra “to consider the case of ‘accused x’ under the appropriate provisions of the Mental Health Care Act, 2017 and if found entitled, provide for his rights under that enactment”.

Note that the Court while insisting on the demands of dignity was still unsure about whether the convict was actually mentally ill!

Of course, state governments are obliged under Section 103 of that Act to “set up a mental health establishment in the medical wing of at least one prison in each State and Union Territory, and prisoners with mental illness may ordinarily be referred to and cared for” in such facilities. The Court, however, refrained from issuing further concrete directions, perhaps, because of the indeterminacy of finding of such illness by prison doctors and a psychiatrist. Are jail doctors and randomly chosen psychiatrists the only available specialists or does dignity demand something more?

It is sad and surprising that the learned Justices passed by the opportunity of doing something more specific, given their general care and concern with the “dignity” of the disabled, and particularly of people living with mental illness.

How is a State that blithely disregards the mandate of Section 20 (1) of the Act explicitly providing that “every person with mental illness shall have a right to live with dignity” likely to take seriously any judicial exhortations? The least the Court could have done was to order a compliance report and even maintain a continuing mandamus till dignity was achieved.

What does Section 360 of the CrPC require when it prescribes that the sentencing court should hear the accused on the question of sentence? The inconvertible proposition of law is that there is a right to “meaningful hearing” but this does not answer the question whether the Code requires a separate hearing, denial of which vitiates conviction? Disciplined constitutional reasoning is expected from the judiciary, but puzzlingly, the help that may be derived from Wesley Newcomb Hohfeld’s analysis has been spurned by Indian lawyers and justices (puzzling because Hohfeld remains discussed in the Indian jurisprudence classrooms and textbooks.)

Hohfeld did not deny judicial creativity (who can?) but required that confusion in analysis of jural relations and opposites be avoided. Thus, one question is: did Section 360 contemplate a right/duty or a privilege/no-right relation? Or, should courts and judges feel free to convert the first relation into a second without explicitly justified reasoning? Reviewing past decisions, the Court here effectively rules that there is no constitutional or statutory right to separate pre-sentence hearing.

However, Bachan Singh (1980) held in no uncertain terms that the hearing “would be rendered devoid of all meaning and content and it would become an idle formality, if it were confined merely to hearing oral submissions without any opportunity being given to the parties and particularly to the accused, to produce material in regard to various factors bearing on the question of sentence, and if necessary, to lead evidence for the purpose of placing such material before the court”. But the Court has, over the years, converted this right-duty relation into a privilege-no right relation.

Why so? First, Mukesh (2017) ruled that “there are two modes, one is to remand the matter or to direct the accused persons to produce necessary data and advance the contention on the question of sentence”. Second, the “deficiency … can be cured by providing the opportunity at the appellate stage itself so as to curtail the delay in the proceedings”. Third, because lack of pre-sentence hearing is “procedural impropriety”, which can be remedied later, the mere non-conduct of the present hearing on a separate date would not per se vitiate the trial if the accused has been afforded sufficient time to place relevant material on record”. Fourth, the talismanic phrase—“facts and circumstances of the case”—appears all through the discourse. Accordingly, the Court holds that “there is no bar on the present hearing taking place on the same day as the preconviction hearing” and reiterates that “it is open for the Trial Court to hear the parties on sentence on the same day after passing the judgment of conviction”.

But the very first consideration points to two courses of action, either to remand or to meaningfully hear the parties in appellate hearing. Does not the exclusion of pre-sentence hearing then point to the entire superfluity of Section 360? Elsewhere, the Court remains quite clear (recalling its 1981 observations) that “it is the bounden duty of the judge to cast aside the formalities of the court scene and approach the question of sentence from a broad, sociological point of view”. That is, the pre-sentence hearing has to bear in view the “socio-legal” aspects. But if this is so, is it not proper to remand the case to the trial court to hold a proper pre-sentence hearing?

The Court recalls Section 465 of the CrPC which mandates that “no finding, sentence or order passed by the Court of competent jurisdiction shall be reversed or altered by the Court of appeal on account of any error, omission or irregularity in the order, judgment and other proceedings before or during trial unless such error, omission or irregularity results in a failure of justice”. Arguably, justice lay in the present case in leaving the matter to courts. And the Court was convinced that the convict had no extenuating narratives to offer. The mitigating circumstance urged here—dependence of the aged mother and her and his young age—were outweighed by “aggravating circumstances of the crime, i.e. the magnitude and manner of commission of the crime in the form of the kidnapping, rape and murder of two minor girls” and past history.

It may also be, after all, wise, as the Supreme Court says, to rely on “the experienced judges in India” who have “enough expertise to distinguish, between the schemes for protracting trials from that of genuine causes in order to protect rights of the accused”. But does not “justice” require that trial judges acquire that experience by making a pre-sentence hearing as a matter of rule rather than exception?

On the question of executing convicts who developed mental illness, the Court is right to follow the Supreme Court of the US in Atkins (2000), which said that hanging “disabled or retarded neither increases the deterrence effect of death penalty” nor “the non-execution of the mentally disabled will measurably impede the goal of deterrence”.

But what is really path-breaking is the observation that “Article 20 of the Constitution guarantees individuals the right not to be subjected to excessive criminal penalty”. And this right emanates from the doctrine proportionality which reaffirms “the duty to respect the dignity of all persons”.

Our “Constitution embodies broad and idealistic concepts of dignity, civilized standards, humanity, and decency against which penal measures have to be evaluated’’.

This is a giant demosprudential step towards constitutional morality, attracting a more strict judicial scrutiny of legislative prescriptions of punishments. One hopes that it will be vigorously followed.