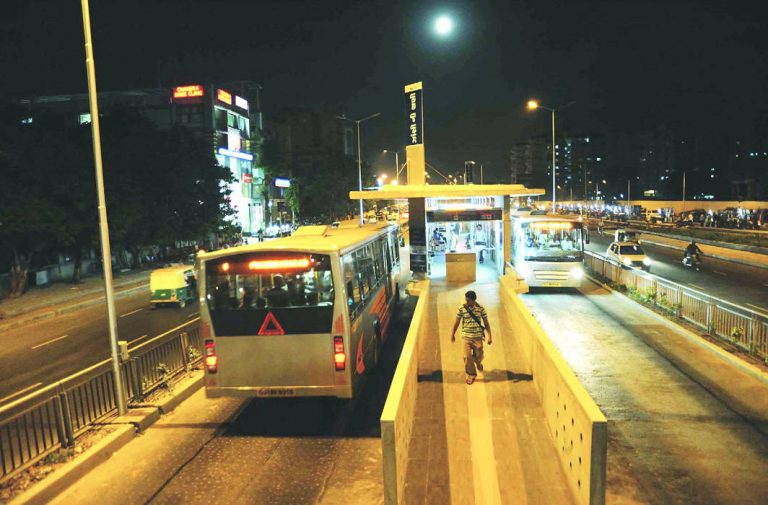 When travel demand is exploding in cities, why are public transport systems experiencing stagnation, with the marginal costs of system expansion far exceeding the revenue?

The Delhi Metro was recently dragged to the Delhi High Court after a study showed that it was one of the most unaffordable public transport systems in the world. In a PIL filed by Nipun Malhotra based on an application by Congress leader Ajay Maken, one of the points raised was its skyrocketing ticket fare, making the 296-km-long public transport system the second most unaffordable in the world after Hanoi.

The Delhi High Court issued notices to the state government and Delhi Metro Rail Corporation (DMRC), asking for an explanation for the price hike. This is not the first time the issue of Delhi Metro’s price hike has been taken to court. In 2017, Amer Vaid, a second-year college student, had sought repeal of the recommendations of the 4th Fare Fixation Committee (FFC) set up by the government in 2016. At that time, the Delhi High Court had refused to interfere with the Metro pricing, terming it a policy decision. The Delhi Metro has revised fares twice—in May 2017 and October 2017. This was based on the recommendations of the FFC as per the provisions of the Delhi Metro Rail (Operation and Main­tenance) Act, 2002.

A study done by the Centre for Science and Environment (CSE) used data collected and compiled by UBS, a financial services company, for various public transport systems in global cities. These are for cities that have fares less than half a dollar for a 10-km trip. The cities are largely from developing countries with similar social and economic realities and are directly comparable with levels in Indian cities.

DMRC refuted CSE’s claim, saying a commuter spends only 5.53 percent of his income on Metro rides. So how did CSE arrive at 14 percent? It calculated the cost of the entire trip—which included three Metro trips per day per individual (two trips for to-and-fro commute and one for either a dependant or non-work related) for 26 days. It also considered the cost that a commuter would incur to access the Metro system. The 14 percent spending is inclusive of other modes of transport which need to be availed of to reach the Metro station. As point-to-point connectivity is not good, riders often take cabs, auto-rickshaws or rickshaws to reach the station. Hence, even a two-kilometre distance to access the Metro incurs cost and adds to the total cost, making the Metro unaffordable.

The reason for DMRC refuting CSE’s claim is that the former considered only the Metro fare, not other costs. It also did not consider the income disparity in the city. Keeping the yardstick of 15 percent household income being spent on transportation, affordability in the lower income bracket is low. Does the government know about the income distribution in Indian cities to calculate the affordability level accurately? Cities in India are known to have huge variations in income and thus suitable strategies should take income classification and distribution into consideration.

The study by CSE showed that there was a drop in the number of daily passengers since October 2017. An RTI filed by The Hindu showed that in 2018 the ridership on the Delhi Metro dipped by approximately 5.9 percent and 5.7 percent, respectively, in June and July. The high fare is only one of the reasons for the falling ridership. “Falling ridership is symptomatic of the lack of overall policy for pricing of all transport services and the absence of a strategy for funding these systems and increasing ridership,” said Anumita Roychowdhury, executive director, advocacy and research, CSE, who spearheaded the study.

According to DMRC, the Metro fare revenues are reasonable enough to meet operating expenditures up to 2016-17. But DMRC has not considered its non-fare revenue to meet the future costs of loan repayment and other costs while planning fare hikes.

However, not all Metro systems in the country have been successful in generating enough revenue. For the Jaipur Metro, the difference between revenues from fare collection and expenditure is Rs 50 per km; in Lucknow, it is Rs 78 per km and in Kochi, Rs 28 per km. The existing ridership of the Jaipur, Lucknow and Chennai Metros, for instance, shows a deficit greater than 1,000 percent when compared to the projected ridership. There are no policies to govern how the gap in revenue generation will be filled.

An analysis of the bus-based transport system in different cities of India shows that it remains unviable and is unable to even recover its operating costs. In some systems, it is not even 50 percent. In Delhi, it reduced from 64 percent to 54 percent between 2001 and 2010. Since 2013, the Delhi Transport Corporation (DTC) bus ridership has been declining at an average rate of 8.88 percent annually, a drop of as much as 34 percent. In Bengaluru, although the Bangalore Metropolitan Transport Corporation (BMTC) bus ridership increased by 9 percent, it is now facing accumulated losses. This is leading to withdrawal of buses from low-revenue generating routes, creating a service deficit. Simi­larly, daily ridership in BEST buses in Mumbai too has gone down to its lowest ever: a fall of 40 percent in the past seven years. Several cities are finding it difficult to run their bus rapid transit system (BRTS). Cities like Vijayawada that made an early transition to BRTS have stopped operating it.

Why is it that when travel demand is exploding in cities, public transport systems and providers are experiencing stagnation, with the marginal costs of system expansion far exceeding the revenue generated? Even when some bus operators have a system of automatic fare revision, they hesitate to use it. The Ahmedabad BRTS is a typical example. Its fare has not been increased since 2013, despite legal provisions for an annual increase. This compromises the finances of the organisation, while retaining its ridership. But eventually, a stage will come when shock increases will become inevitable, as in the case of the DMRC.

One of the ways to prevent such shocks is to account for regular price hikes, as practised by some systems and recommended by the DMRC’s FFC with an upper cap of 7 percent fare hike per annum. The absence of regular price hikes creates room for losses to grow and inefficiency to creep in.

If we want smart cities, we should also have smart planning.