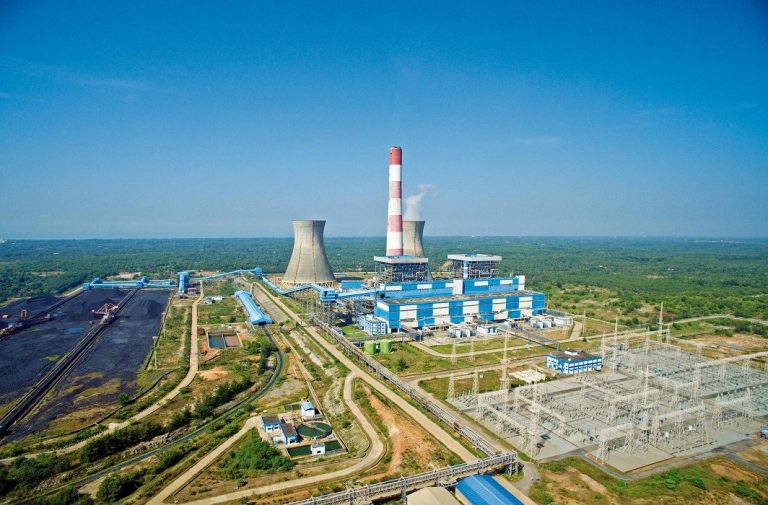 Though the National Green Tribunal has shown the way in environmental jurisprudence, it has lost its teeth as its rulings are either overruled by the apex court or flouted by hardened violators

The National Green Tribunal (NGT) has been trying to put its best foot forward for the cause of environment, ecology and climate through its rulings. In fact, India has been a pioneer in the developing work for establishing a “green court” to deal with environment related cases.

But over the years, the NGT has had limited impact due to plain indifference by the parties concerned or the apex court staying or even overruling its orders. The enforcement of the Tribunal’s rulings is not mandatory and therein lies the drawback. This is how some of its rulings have had limited impact.

In a March 2019 ruling, the NGT asked Udupi Power Corporation Ltd (UPCL), a subsidiary of Adani Power Ltd, to cough up a Rs 5-crore fine by mid- April under the polluter pays principle of Section 20 of the NGT Act, 2010. The 1,200 MW coal power project in Yellur village between Mangalore and Udupi is part of four power projects across the country, making their owner, Adani, the largest private thermal power producer in India. The company is likely to fight the ruling in the Supreme Court, although its president and CEO, Kishore Alva, told India Legal that he cannot discuss the matter “as it is sub judice”. The NGT wants the company to pay Rs 5 crore to the Central Pollution Control Board as interim environmental compensation while asking a team of experts drawn from the Board, IIT Chennai and the Indian Institute of Science in Bengaluru to study the impact of the project on the environment in Udupi.

In March 2019, the Supreme Court brushed aside a May 2016 NGT order that enlarged buffer zones around water bodies in Bengaluru. The NGT had directed city planners to maintain a buffer zone and green belt of 75 m from the periphery of lakes, 50 m from the edge of primary, 35 m from the edge of secondary and 25 m from the edge of tertiary Rajkulewas (storm water drains). The NGT order also banned all construction activities within that buffer zone. The Revised Master Plan of Bengaluru had listed much shorter distances from the water bodies—30 m for lakes and 50 m from primary, 25 m from secondary and 15 m from tertiary Rajkulewas. The city corporation and the Karnataka government maintained that the Revised Master Plan had received statutory character and the buffer zones were in sync with the provisions of the Karnataka Industrial Areas Development Act, Planning Act and the Karnataka Municipal Corporations Act, 1976. It was also argued before the apex court that the 2016 NGT order (city
authorities must demolish all buildings raised/built before that date in the buffer zone) would entail the demolition of almost 95 percent of buildings in Bengaluru. Karnataka Advocate General Uday Holla maintained that the Revised Master Plan was statutory in nature and “the NGT had no power, competence or jurisdiction to consider the validity of any statutory provision/regulation”. The apex court stay came as a huge relief for thousands of property owners whose buildings would have been razed.

The National Green Tribunal was established on October 18, 2010, under the National Green Tribunal Act, 2010, for effective and expeditious disposal of cases relating to environmental protection and conservation of forests and other natural resources. It was also meant to enforce any legal right relating to the environment and give relief and compensation for damages to persons and property and for such matters. It is a specialised body equipped with the necessary expertise to handle environmental disputes involving multidisciplinary issues. The Tribunal is not bound by the procedure laid down under the Code of Civil Procedure, 1908, but shall be guided by principles of natural justice.

The Tribunal’s dedicated jurisdiction in environmental matters shall provide speedy environmental justice and help reduce the burden of litigation in higher courts. It is mandated to endeavour for disposal of applications or appeals within six months of filing of the same. New Delhi is the principal place of sitting for the NGT and Bhopal, Pune, Kolkata and Chennai are other places of sitting.

In February 2019, the apex court set aside an NGT order which allowed reopening of the Sterlite plant at Tuticorin in Tamil Nadu. In April 2018, the Tamil Nadu State Pollution Control Board (TNSPCB) had refused to renew the plant’s Consent to Operate certificate for not adhering to the prescribed conditions. In May 2018, the Tamil Nadu Forests and Environment Department also sought permanent closure of the plant. The NGT in December set aside the Tamil Nadu government action and directed TNSPCB to pass a fresh order of renewal of consent and authorisation to handle hazardous substances. The green court also directed restoration of electricity for its operations. Following an appeal from the Tamil Nadu government, a Supreme Court bench of Justices RF Nariman and Naveen Sinha held that the NGT had no jurisdiction to entertain the matter. The parties were given the liberty to approach the Madras High Court. Local protests at the Vedanta copper plant in May-June 2018 resulted in police firing that resulted in the death of three persons. In March 2019, the NGT slapped a Rs 500-crore fine on German car maker Volkswagen for what it said was its role in installing cheat devices that lowered emissions during tests. The company said it would fight the order in the Supreme Court while maintaining that its cars complied with India’s BS-IV emission norms. In another case in October 2018, the Supreme Court stayed the operation of an NGT judgment that approved the Char Dham highway project in Uttarakhand. The apex court bench of Justices Rohinton Nariman and Abdul Nazeer passed the stay order following a plea by a local non-profit organisation and a local resident who alleged unfairness and lack of propriety on the part of the NGT in dealing with the original application filed by them. The applicants said that the Char Dham highway project would involve widening of the 900 km of the double-lane highway in the Himalayan region “leading to diversion of a vast area of reserved forest/forest area in ecologically fragile region”. In December 2017, the NGT held Sri Sri Ravi Shankar’s Art of Living (AoL) responsible for damage to the Yamuna floodplains caused by the holding of the World Culture Festival in 2016. However, it did not levy any additional penalty on it other than the Rs 5 crore imposed as interim environment compensation. A bench, headed by NGT Chairperson Swatanter Kumar, said the DDA should carry out restoration of the floodplains after AoL deposited the remaining amount. However, an expert committee headed by Shashi Shekhar, secretary, Ministry of Water Resources, said it would cost Rs 13.29 crore and take almost 10 years to restore the floodplains. The committee said that due to the three-day event, the floodplains lost “almost all its natural vegetation” like trees, shrubs, tall grasses, and aquatic vegetation, including water hyacinth. As expected, AoL said it was disappointed with the decision taken by the NGT.

In another case, the NGT in 2015 passed orders to the Delhi government to enhance the strength of the forest department. Environmental activist and advocate Aditya Prasad brought to the attention of the NGT that its 2015 orders were not complied with for several years. This forced NGT Chairman Justice AK Goel to call for a compliance report from the chief secretary. Prasad had sought the NGT direct Delhi’s forest department to fill vacancies for forest rangers and field staff for regulatory functions. The NGT’s December 2015 order read: “The Chief Secretary of NCT of Delhi is directed to undertake a meeting with the Secretary of the concerned Ministry, the Principal Chief Conservator of Forest and the senior most officers for field staff in the Forest Department and consider the issues in relation to preservation and conservation of forest in NCT of Delhi. We further direct him also to consider appropriate enhancement in the strength of the forest department and provision of proper infrastructure and such electronic or other gadgets that would ensure that all cadres of the forest department are able to discharge their duties and functions as required under the above Acts.”

In some cases, the NGT’s directives were handled so ineptly that it led to the death of people. In 2014, the Tribunal banned rat-hole mining in Meghalaya, but the deaths of labourers last December in these mining shafts exposed the state government’s disregard of NGT directives. The NGT ban followed a petition by the All Dimasa Students’ Union. How – ever, Meghalaya Chief Minister Conrad Sangma told the state assembly that there were more than 1,000 cases of illegal coal mining detected in the state after the ban came into effect. In December 2018, despite search and rescue operations by experts from the Navy and other agencies in these mines, it was impossible to rescue the 15 miners trapped in the East Jaintia Hills. There are hundreds of rathole mining shafts here and rescue work is often hampered because these mines are unmapped tunnels. These are unlike the mines in Thailand where 12 members of a football team were rescued by an international team of divers in July 2018 even after they were trapped there for nearly three weeks.

Meghalaya’s coal reserves are estimated to be over 600 million tonnes. Coal was nationalised in 1973 but this tribal state could continue its mining, forcing hundreds to ingeniously mine coal from the South Garo Hills and East Jaintia Hills.

Whether the NGT rulings will be overruled by the apex court or whether the guilty choose to look away, the wheels of environmental justice will hopefully continue to roll steadily, even if slowly.