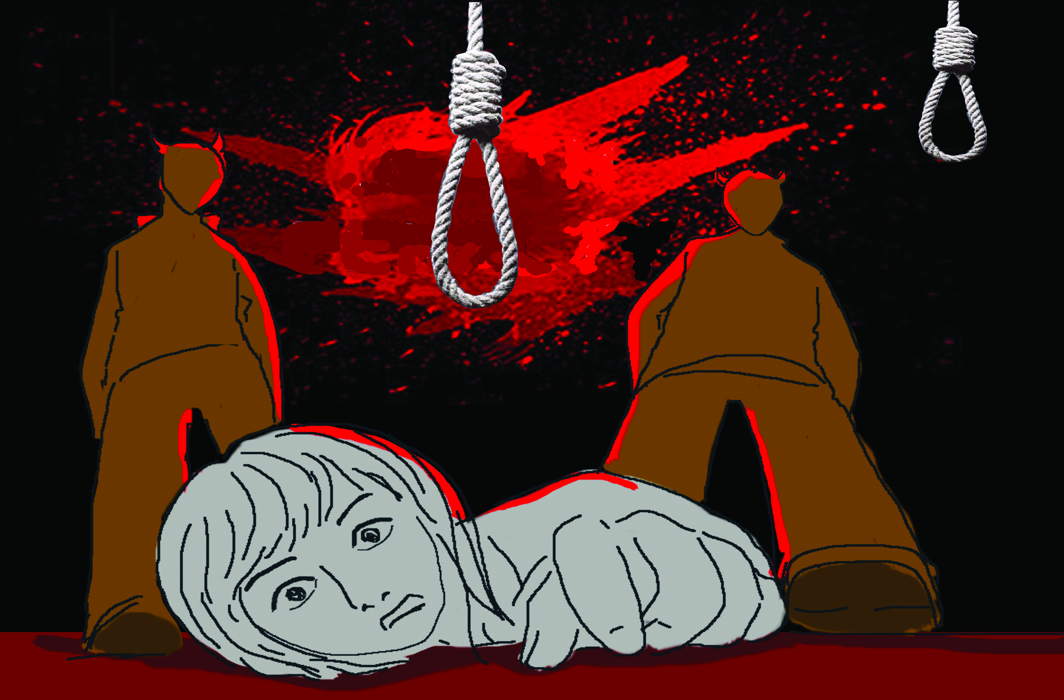 Though the centre has passed an ordinance to impose the death penalty on child rapists, will it actually stop them from committing these heinous crimes? Is their psyche different from normal criminals?

Recently, after the government approved an ordinance allowing the death penalty to be imposed on those convicted of raping children below 12 years of age, the Delhi High Court questioned the move. It asked the centre if any scientific assessment has been made or the views of victims sought before the ordinance was approved.

A bench of Acting Chief Justice Gita Mittal and Justice C Hari Shankar asked whether the death penalty was a deterrent against rape. The bench rightly observed: “Have any victims been heard? If the punishment for both murder and rape is same, it is a huge consequence. Can you imagine now, how many offenders would allow their victims to survive now that rape and murder have the same punishment.” The ordinance fructified after the rape and murder of an eight-year-old girl in Kathua, and allegations of rape of a minor against a BJP MLA in Unnao, Uttar Pradesh.

This was one of those rare instances when the Indian judicial system took note of the feelings of the victims. As a clinical psychologist for over a quarter of a century with the Indian criminal justice system, nothing has affected me more than the insensitivity shown to the child who is a victim of sexual assault. This is something I have witnessed again and again.

At many a police station in India, in the reception area where a victim registers a complaint, there is often a board on the wall which prominently displays rules about how an accused in a crime should be treated while in custody. This includes him being produced before the magistrate within 24 hours, having a mandatory medical check-up and being treated with dignity. But sadly, there is no board to help victims of a crime. Neither are there any rules on how to deal with a victim, especially after a sexual assault or sexual violence. There is no mention of her trauma or the possibility that she may be deeply affected and should be treated sensitively. There is also no mention about how she should be questioned or interviewed.

As a result, the questioning of a victim of child sexual abuse begins in a manner that is rarely evidence-based and is often probing and intrusive. The child is often unable to withstand this. Child interview techniques are not known to most police officials. Should we not strengthen these elements first before we make the sentence on the accused so drastic? Will it not lead to further miscarriage of justice?

How then should the system deal with the victim, her trauma and suffering in the absence of clear guidelines? I have often asked police personnel how they deal with victims, especially children, without any clear guidelines. But most appeared puzzled and said they didn’t know as they had been told to focus on the accused.

And this is the perspective of those who look after our criminal justice system. The victim of a sexual crime is left alone to carry on her quest for justice from the moment she comes to the police station. As the trial progresses, she gets further ostracised.

Why did our criminal justice system become so accused-centric? I have put this question to many judges and scholars and their simple answer is that it has always been so. The move to make the victim the centre of the criminal justice system has never taken place. This system pushes the victim to the periphery, making it impossible for her to feel validated and she constantly struggles for justice.

Victimology or the study of victims is an emerging field in India. Police officers and lawyers are vaguely aware that this is a study related to victims. The common refrain from most of them is that the inclusion of the victim and her suffering is a subjective issue that would take the focus away from the matter and is best left to the individual discretion of the concerned official or judge. The emotions of the victim and acknowledging them interfere with the delivery of justice, they say. Yet, this attitude is what has contributed to the current crisis of confidence in our criminal justice system.

Scientific analysis and research in recent times have brought to the fore the relationship between law and psychology. Theorists have pointed out that criminal law does not have any unified theory on emotion and culpability that can be used to decide on rational and effective sentencing of sexual offenders. Current research also points out that culpability theories need to be examined in the light of psychological research and that psychology should support law in this understanding.

It is further believed that in future, judging culpability without taking into account the emotions of the victim and the accused may lead to a disconnect. This could not only lead to verdicts that would make people question the law in that case but in future too.

The centre’s recent decision to have the death penalty for rape of children below 12 years and the move to amend the Protection of Children from Sexual Offences Act need to be seen in the light of psychological understanding and not populist feeling. The former is evidence-based knowledge and understanding, while the latter is rooted in fear around issues of patriarchy and myths linked to appeasement.

I recall an international meeting or­ganised by the British Council some years ago where I had delivered a lecture on the mindset of sexual offenders. After I had finished speaking, Vasant Sathe, a prominent Congress leader, stood up and proclaimed that whatever research might say, rapists need to be castrated if we have to eradicate this menace. There was a burst of applause from the audience for this remark and it overtook the discussion around my presentation.

The present changes in law too seem to be based on such feelings. Has any research been studied or experts included when bringing about these changes? In the absence of these, it may aggravate the problem rather than reduce it. Also, knowledge among police personnel about child sex abusers is very poor. I remember a former D-G of Prisons looking surprised when I told him that we had finished a study of pedophiles in jails. “What is there to study?” he asked. “These men just didn’t get a wo­man and therefore decide to pick up a small girl to have sex.” That they are a separate group of offenders with distinct characteristics didn’t cut much ice with him. This attitude was prevalent among many senior police officers in the country. On the contrary, most police departments in developed countries have a separate department that looks after sexual crimes against children.

Pedophiles are a unique group and are little understood even by psychologists. They show a preference for young children for sexual activity, often below 12 years, and believe it is consensual. Many pedophiles believe that the child is ready for sex at an early age and often tell her that sex is fun and that adults are denying them the joy of sex. They often zero in on a child after feeling drawn towards him or her and seduce in order to have sex.

They show a near total lack of basic emotions. They often lack empathy or compassion towards small children. I remember an incident in a prison where, on hearing that a number of children had died in a tragedy, some child sex abusers showed no feeling. Instead, their eyes lit up and they said in an excited tone: “Ek sath itne bache mar gaye. (So many children died together).” They do not respond well to moral teaching. Attempting to shame them only excites them further and when ridiculed or mocked by others, they seem to get further excited.

Three feelings are conspicuously absent in pedophiles with regard to their crime. The first is fear, the other two are shame and guilt. There is also a high level of anger towards their victims, even in those cases where they have killed them. The absence of fear in pedophiles after having committed a crime is something that needs to be understood and may have implications for a change of rules about them. If there is no fear among them, will a new law scare them into submission? It is highly doubtful. 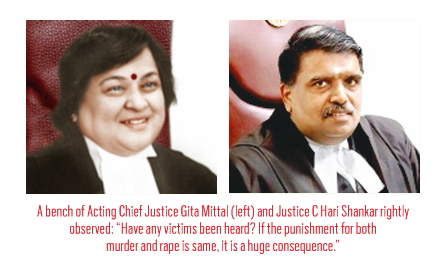 It is the certainty of punishment and not the quantum of punishment that they are most troubled by and something our criminal justice system seems to have ignored. Almost all of them, without doubt, believe that they will get away because they haven’t committed any crime. Other prisoners in jail for the same crime reinforce their belief in their innocence. They develop the belief that prosecution in the criminal justice system is not strong enough to establish their guilt and the law has many loopholes which will allow them to get away.

Many of them say that they all know someone who sexually abused a child and got away. Once, in a discussion on the death penalty, they remarked that when so many child sex abusers get away scot-free, the possibility that culpability in their case will be established and that they will be sentenced to death is very low.

Will they kill their victim if they know the punishment is death? Considering that a majority of them, almost a third, have psychopathic traits, their impulse control is poor and their self-preservation instincts high. Also, as they develop an intense hatred towards the victim, the answer may be a yes. As the discussion progressed, many of them told me a chilling truth: “Sir, us wakt hosh nahin hota. Apni jaan bachane ke liye main kuch bhi kar sakta hoon (Sir, at that time there is no awareness. I can do anything to save myself).”

Therefore, any step in this direction by the government should be done more systematically and methodically after carefully building the infrastructure for this purpose and consultation with experts, especially in mental health who have experience in this field.