The authoritarian reflex: Donald Trump’s fight to the finish shows strongmen are still much loved 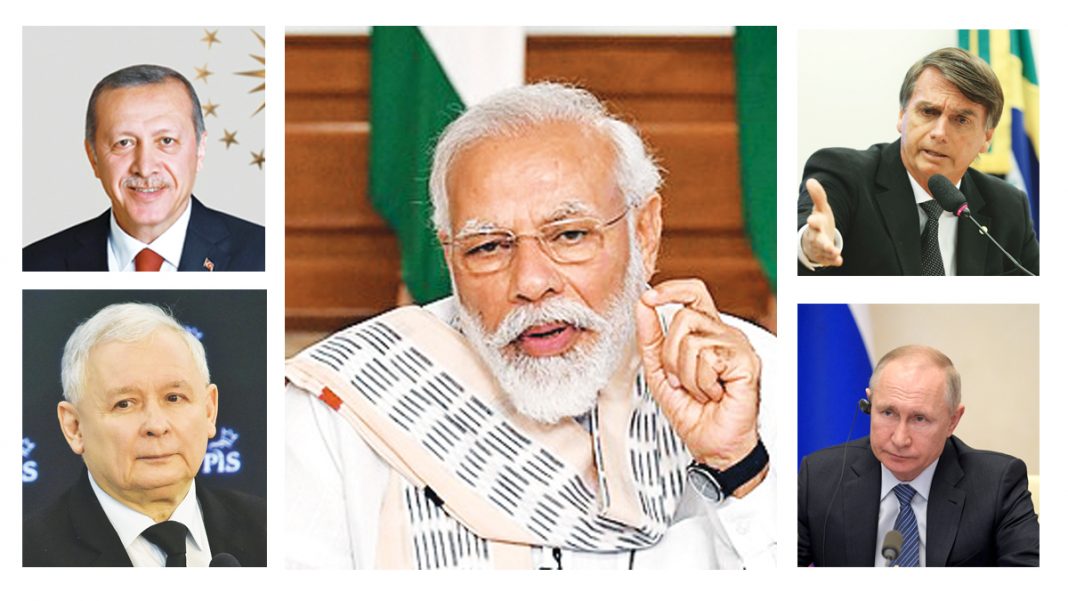 Despite his electoral loss, Donald Trump’s support base is huge and remains surprisingly intact. It raises questions about authoritarianism within a democratic system and a new type of political behaviour that is gaining legitimacy in democracies around the world, including India.

IN America Donald Trump’s election in 2016 inspired widespread opinion and analysis about the decline of democracy and the rise of authoritarianism. Much the same happened in India, the Philippines, Brazil, Turkey (before it adopted a presidential system), Russia and other democracies when their present leaders came to power. What that analysis largely ignored is the degree to which authoritarianism is being accepted, and going global.

Princeton historian David Bell recently published a book Men on Horseback: The Power of Charisma in the Age of Revolution, which makes the case that there has always been a thin line between charismatic democratic rulers and charismatic authoritarians. By basing political legitimacy in a direct, personal connection to the people, Bell writes, this new style of leader could actually achieve greater power than traditional rulers bound by constraints of tradition. “A potentially authoritarian charisma is as modern a phenomenon as any of the liberal ideas and practices that arose in the age of revolution,” he says.
Read US package
US Electoral College system: Antiquated and unnecessary
Biden-Harris victory: Return to reason
Died to Vote: Fierce Voter Wars & the Presidential Poll

Social scientists refer to this phenomenon as “Authoritarian Reflex”, a process which takes root when voters, made insecure by life changing events and political and economic uncertainty, turn to leaders who represent order and authority, strongmen as some would label them. As Zeynep Tufekci, an associate professor at the University of North Carolina, wrote in the highly respected Atlantic magazine: “From an international perspective, Trump is just one more example of the many popu­lists on the right who have risen to power around the world: Narendra Modi in India, Jair Bolsonaro in Brazil, Viktor Orbán in Hungary, Vladimir Putin in Russia, Jarosław Kaczyński in Poland, and Recep Tayyip Erdoğan in Turkey. Trump has many similarities to them, both rhetorically and policy-wise.” However, Bell adds an important rider the existence of leaders like Trump, Putin, Modi and Duterte “should not discredit the use of a charismatic politics for democratic, liberal ends, because fighting for democracy requires more than principles and causes it requires leaders who can elicit emotions powerful enough to impel people to action.” At the same time, the charismatic, populist leader, at some stage, faces the problem of how to sustain his charismatic authority, central to his power. That power, inevitably, as is seen in Brazil, India, Turkey and Russia, is maintained by basing political legitimacy in a direct, personal connection to the people. That also raises the obvious question: do democracies stand on anything more solid than popular love for a leader? Nearly all leaders, however virtuous, can be too easily deflected by their own love of being loved, as we saw so vividly with Donald Trump.

Harvard political scientist Pippa Norris wrote an article in The Washington Post that quoted a 2011 survey which said that 44 percent of the Americans without college degrees approved of having a strong leader who, in the words of the study, “doesn’t have to bother with Congress or elections.” The results of the 2016 US elections and Trump’s surprising showing in the 2020 polls 70 million Americans voted for him confirmed those findings. The headline for her article was “It’s not just Trump. Authoritarian populism is rising across the West.” For two decades, she wrote, “populist authoritarian leaders appealing to nationalism and preaching hostility towards outsiders and elites had attracted swelling support across Europe and the Americas, winning legislative seats and ministerial offices, and gaining government power.”

That should sound familiar to people in many “authoritarian democracies” across the world. Well known author and psychologist Kendra Cherry has listed the reasons why authoritarian leaders are gaining popularity.

Norris draws a line between populism and authoritarianism, saying that populism “is an anti-establishment impulse a belief that political power should reside not with economic, intellectual, or political elites, but with the people.” She lists populist parties that are also socially liberal Spain’s Podemos Party, Greece’s Syriza, the Left party in Germany, the Socialist party in the Netherlands, who combine anti-elite rhetoric with socially liberal values. Her theory is that in forms of popular democracies which are often difficult to administer because of inherent weaknesses in the system, “power comes to reside in an individual, charismatic leader, who represents the voice of the people.”

MIT professor Douglas Mc­Gregor propounded what he called Theory X which related to business leaders but could easily apply to political leaders. His concept postulates that people must be compelled through force, intimidation, or authority in order to get them to accomplish policy goals. “Autocratic leadership is considered one of the most effective leadership styles in the event of an emergency where quick decisions need to be taken.” What authoritarian or autocratic leaders fear the most is diversity, which explains why Trump and other strong willed leaders like to propagate the false premise that racial, ethnic and religious diversity is a threat to national security, a view that has been successfully used in India as well.

Perhaps the most compelling treatise on the subject lies in a book by Pulitzer award-winning writer Anne Applebaum titled Twilight of Democracy: The Seductive Lure of Authoritarianism. Her premise is that in the increasing complexity of the modern world, the rapid transmission and evolution of information, the feeling of being left out or marginalised by contemporary social and political culture, have laid the ground for the rise of authority figures. Applebaum says that “People dislike divisiveness. They prefer unity. A sudden onslaught of diversity—diversity of opinions, diversity of experiences—makes them angry. They seek solutions in new political language that makes them feel safer and more secure….the noise of argument, the constant hum of disagreement—these can irritate people who prefer to live in a society tied together by a single narrative.”

However, that process is often constructed on fragile ground. In America, Joe Biden’s win was hailed as a “victory of democracy”. Indeed, genuine democracies have some obvious advantages and safety valves to counter excessive authoritarianism, namely freedom of press, speech and religion, parliaments, a robust political opposition, an independent judiciary and a proactive civil society. All these provide a check on legislation and government decisions. In addition, there are state or federal authorities who can oppose any draconian measures or refuse to accept blind submission.

In that sense, the words of the late Harvard educated Rhodes Scholar and television host Bergen Evans contains a contemporary relevance: “Democracy is essentially anti-authoritarian; it not only demands the right but imposes the responsibility of thinking for ourselves.”