All start-ups begin with the same dream—to achieve a $1 billion valuation and qualify as a unicorn. But that can’t be the dream of all MSME units. There is integrity at stake. 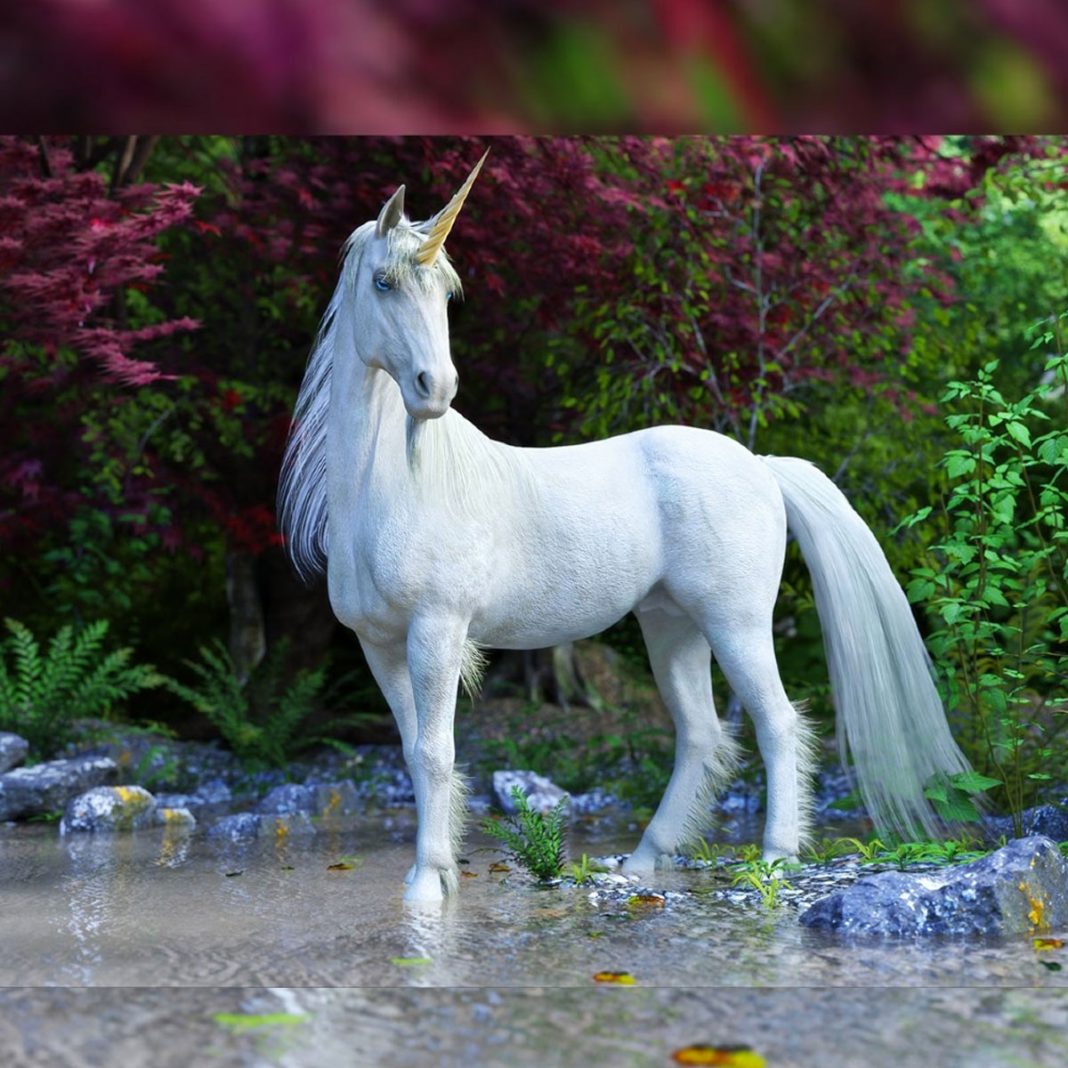 Becoming a Unicorn is the new target for start-ups. It is great that a company wants to reach a $1 billion valuation, and several “observers” and “analysts” believe that is the only way to be for a company which is in the lower segment of the revenue scale at this point. One recent article by an “expert” suggested that all MSME units should adopt that approach, where the basic, traditional concept of building a business and its goodwill through excellent products or services and commensurate returns and established profitability on a regular basis was no more the cornerstone of valuation.

Ideas are great, but when this particular “expert” holds up the example of Urban Company and such others, who have tried to digitise regular businesses, he is of course not considering the fact that much of the MSME sector in India simply cannot do that. The new age business philosophy says if you have an idea—mostly disruptive—you need to package and present this dream in a lucrative format to venture capitalists (VC), and you are on the way to stardom. The principal idea is to show the picture of a very rosy future. One green signal—that is, one VC says yes—and you get the right to burn cartloads of cash, even if you are logging major losses every year. The future seems too important for such small misdemeanours, and financial institutions such as SoftBank are okay with it.

Valuation is just a matter of perspective, a projection of the company’s worth in the future. Sometimes, this “future” is way off, around the horizon, but that seems okay. If one VC has funded a company in its first round and the valuation thus achieved is appreciated, then other VCs come in quickly. Some of these VCs will make a quicker exit as soon as the listing happens. The profit booking will be decent for some, for others, who stayed invested, there are bigger milestones ahead. Or, that is what they believe.

Take the case of Zomato. It worked its way through the initial rounds and then through further rounds of funding and then through a maze of legalities to finally reach IPO stage. Post listing on July 2013, it is now moving swimmingly. The leading food delivery company of the country—as well as in many other countries, because its footprint has grown almost exponentially—saw an opening price of Rs 116 on the NSE. That was a 52.63% premium on its final offer price of Rs 76. The listing price on the Bombay Stock Exchange was at Rs 115, up 51.32 %.

Isn’t this a great company? When Zomato (as an app) was launched in 2010, it just listed all the menus from different restaurants. That was a novel idea, but there was practically no means of monetising this. However, the very fact that it drew massive footfall was a good reason for the people in charge to grow further. It says in its website: “Our technology platform connects customers, restaurant partners and delivery partners, serving their multiple needs.”

The business processes are many and somewhat complicated, but the fact that they are depressing market value of food items from expensive restaurants—and the Covid-19 pandemic was to their huge benefit—has not gone down well with restaurant owners. There was a movement of sorts a couple of years back where some restaurant owners decided to opt out of Zomato (and Swiggy), but the pandemic put paid to such efforts.

How is Zomato, basically a food delivery aggregator, doing on the ground? It reported a consolidated loss of Rs 356.2 crore during the quarter ended June 30, 2021. Zomato’s total revenue from operations jumped to Rs 844.4 crore during the quarter under review, as opposed to Rs 266 crore in the corresponding period last year (that would be the pandemic benefit).

Great, but wait; let us hear what India’s Warren Buffet, Rakesh Jhunjhunwala, has to say about all this. On day one of trading of Zomato, it reached a market cap of nearly Rs 1 trillion (Rs 99,000 crore), with the stock reaching 65% higher to its IPO price of Rs 76 (the top level). So is the company a good investment? Jhunjhunwala thinks this pricing is “absurd”. He pulled no punches while saying: “I have learnt two important lessons [in investing]. The first lesson is what I buy is very, very important and [second] at what price I buy is most important. Good luck to Zomato. Let Zomato be worth Rs 99,000 crore and Tesla be $600 billion or $6 trillion.

I am not going to buy these stocks at this valuation.”

That is an important indicator of valuation of a company. Valuation of a company should not be a by-product of rampant speculation. A company isn’t a bond, not a currency derivative contract, not a thing to punt with. It is something serious, and a proper valuation is important. Such proper valuation is arrived at—and this applies to several successful MSME companies in the country— through years of hard work, quality management, astute management practices and excellent client services. This is called goodwill. And if today goodwill means zilch on the stock market—except for some blue chip stocks—then this entire market is living on just a prayer.

Hence such “experts” who say that diligence and honesty are things that you package into a saleable commodity to just raise funds, are not adding value to business. They are creating shortcuts, where there should not be any.

The entire MSME sector of the country, the land’s highest employer after agriculture, is seen by banks, other financial institutions and even many government agencies as a liability. Banks would want to limit credit to only a handful of blue chip companies and some smaller ones that have great “connections”. The general attitude of banks towards this sector is of a social obligation. The political leaders of the day do not help and VCs won’t touch them even with a nine-foot bargepole. Hence this “Unicorn” culture grows to such “absurd” proportions.

The stock markets are not the be-all and end-all of an economy, certainly not in a country where the complexities and ground realities are as varied as they are in India. Such “experts” should be kept locked up in portals, never be asked to pass inane comments on human lives and livelihoods. Let this be clear—transforming MSME units into future Unicorns is neither a political nor a human compulsion. Let this sector find succour in streamlined processes in delivery and payments, in the fairness of tenders, the care that financial institutions should show in nurturing them and a fair tax regime, aided by a quick responding legal system.

Let us see how valuation has been turned to basically a fix, an upper, a financial meth, and a gamble by clever financial manipulators. We consider examples as published in the media. Let us consider Swiggy, another food distribution aggregator. In FY16, Swiggy posted a loss of Rs 137 crore; that was when its valuation was Rs 1,307.30 crore or nearly $250 million. By FY18, its loss had almost tripled to Rs 397.30 crore. And the valuation? That had ballooned to Rs 8,660.40 crore or $1.4 billion. There, we got our Unicorn! And who cares about losses?

Then there is the story of big boy Paytm, whose parent company is One97 Communications Ltd. In FY16, One97 posted a loss of Rs 1,497 crore. That was when it was valued at Rs 30,747 crore or about $5 billion. Three years passed, and its valuation had risen to an astounding $15 billion! Wait, what happened to its losses? That had also tripled to Rs 4,217.20 crore. Paytm benefited immensely from demonetisation, but still it has not been able to break even.

The Paytm IPO is expected at the end of this month and it is expected to be the largest ever in India. Sources have told an international news agency that Paytm expects to break even in 18 months. Maybe it can, but with so many payment apps in the market today, the thoroughfare is very congested. Also, why would a company, which kept on posting losses with impunity for so long, suddenly leak out a bit of information that they will break even now, that too, just before its IPO?

At this point, Paytm shares are trading a bit low on the grey market, though the overall demand volume is high. One97 Communications Ltd has already filed its draft paper with the market regulator Securities and Exchange Board of India (SEBI), offering up to Rs 16,600 crore in shares. Unofficially, the company is being valued at anything between $20 and $35 billion.

And if you need a better example of how valuation seems completely unrelated to the operational aptitude of a promoting group, or the business’ actual balance sheets, take a look at Flipkart. In FY16, its losses were at Rs 545 crore. By FY18, that had ballooned to Rs 2,064.80 crore. Yet, during the takeover, Walmart valued this company at an unbelievable $21 billion—the valuation at which it acquired 77% stake of the company.

Are those examples worth emulating? Frankly, for somebody who believes in hard work and a good product first, the value inherent in a company is in its product(s), in its value system, its social responsibility, it being a good citizen, it being responsible for the greater good of all its stakeholders. It’s a far cry from what market speculators would like you to believe.

It is understandable that investors, such as SoftBank, place tremendous faith in the promoters of such ideas. Nobody doubts the ability of a Flipkart to turn its idea to another Amazon. And that is why the valuation runs ahead of actual business processes, despite mounting losses. However, when the argument is about transforming regular MSME units to emulate the path of Unicorns or would be Unicorns, there has to be a line drawn in broad chalk. Here, somebody is chalk, somebody is cheese. Let’s not mix the two. You might saddle up a bull for a rodeo, but the general concept of using bovine muscle is somewhat different.

Did you find apk for android? You can find new Free Android Games and apps.
Share
Facebook
Twitter
Pinterest
WhatsApp
Previous articleHimachal Pradesh High Court disposes of FIR by woman over dowry demands after compromise
Next articleSupreme Court issues notice on plea by MP cop against HC order to prosecute him for giving false evidence in 7-year-old’s rape and murder