Prisoners granted bail will no longer have to wait for a physical copy of the order to reach jails for their release. Various courts have slammed the earlier system whereby a prisoner had to wait for the bail order sent by post to reach prison authorities. 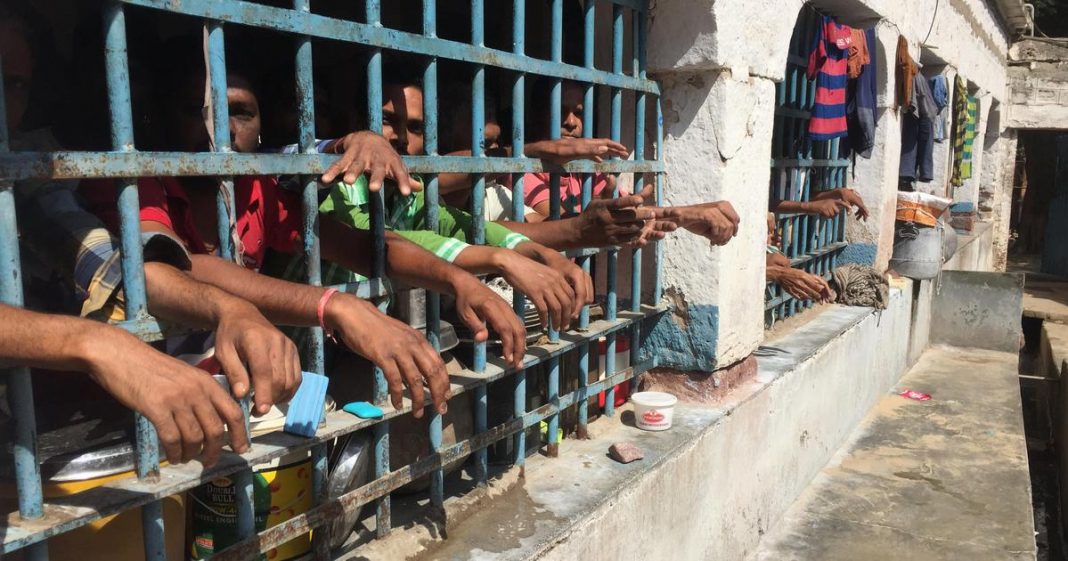 The story of 13 convicted prisoners, who were languishing in Agra Central Jail for 14-22 years, finally led to a major jail reform. They had moved the Supreme Court on the grounds that they were declared juveniles by the Juvenile Justice Board (JJB) at the time of committing the offense. The two-judge bench of Justice Indira Banerjee and Justice V Ramasubramanian granted interim bail to the prisoners while voicing its exasperation over the sorry state of affairs in Uttar Pradesh despite clear ruling by JJB. It was mentioned that though the maximum period of imprisonment under the Juvenile Justice Act is three years in juvenile homes, these prisoners being underage at the time of the incident had spent their period in jail with hardcore criminals and one could call it illegal detention.

On July 16, a Supreme Court bench led by Chief Justice of India (CJI) NV Ramana and Justices L Nageswara Rao and AS Bopanna had taken suo motu cognisance after a newspaper reported the failure of the jail system as well as the authorities and departments concerned. The bench observed that the jail authorities in Agra waited till the bail order arrived by post to release the convicts. The bench took upon itself the task to ensure that such a situation does not arise in future. It announced the rolling out of a new scheme called “Fast and Secured Transmission of Electronic Records” (FASTER) while stating that “we are in a time when we use information technology tools, and we are still looking at the skies for pigeons to communicate orders” while criticising jail authorities for insisting that bail orders be sent through post and delaying the release of prisoners. The bench further stated: “It is too much that prisoners have to wait even after the Supreme Court has granted bail as jails are insisting on the bail order to come by post.”

The bench further directed all state governments and union territories to enlarge upon any suggestions or alternative to the aforesaid directive. It sought details from states on whether efficient internet facilities were available in prisons or not. The bench also directed the secretary-general of the apex court to submit a proposal suggesting the modalities to implement the FASTER system.

On September 23 when the bench led by the CJI took up this matter again, it said: “We are concerned about the plight of the jail-inmates who are not released despite the bail orders passed by this Court due to delay in communication of such orders. It is high time to utilise the Information and Communication Technology tools for efficient trans­mission of Court’s orders.”

The proposal sent by the secretary-general of the Supreme Court contained pre-requisites and the timeline to work out those pre-requisites for the implementation of the FASTER system. It was observed that 19 states had submitted compliance reports with regard to the availability of internet facilities in prisons. Arunachal Pradesh, Nagaland, Assam and Mizoram had indicated non-availability/partial availability of internet connectivity. However, other states were silent on this aspect.

The bench then directed the chief secretaries of all states/UTs to ensure availability of internet facilities with adequate speed in each and every jail in their respective states/UTs and take necessary steps to arrange for internet facility expeditiously wherever the same is not available. It also intimated that till the time the FASTER system is being established at jail premises, all communication shall be made through the nodal officers of state governments under the FASTER system.

The Prison Act, 1894, is one of the oldest legislations in India enacted for the smooth functioning of prisons which later became a forgotten law losing its existence, and till date, there are no new reforms to make the legislation relevant to present times. The issues that remain a concern are—insufficient provision of medical aid to prisoners, the incautious attitude of jail authorities, high amount of surety ordered by courts which indigent prisoners can’t pay and rejection of surety bonds due to lack of money or verification of home address, and most notably, even though the bail is granted, prisoners are not released. One very famous case was that of Rudul Sah who was released 14 years later after his order of acquittal due to lapse of jail authorities.

The Universal Declaration of Human Rights, a movement started in 1948 and adopted by the General Assembly of the United Nations, provides for basic principles of administration of justice which clearly state that everyone has the right to life, liberty, and security. Thereafter, several other covenants were introduced that are relevant to the current situation in India, including the International Covenant on Civil and Political Rights, 1966; Declaration on Protection from Torture, 1975; The European Convention on Human Rights (1953-69); Standard Minimum Rules for the Treatment of Prisoners formulated by Amnesty International in 1955; Convention against Torture and other Cruel, Inhuman or Degrading Treatment or Punishment.

All these conventions make it clear that though incarcerated, a prisoner still has some fundamental rights, if not all, and the common aspect in each of them is that anyone who is deprived of liberty by arrest or detention shall be entitled to take proceedings by which the lawfulness of their detention shall be decided speedily by a court and release be ordered if the detention is not lawful. Further, everyone who has been the victim of arrest or detention in contravention of the law shall have an enforceable right to compensation.

Clearly, this is not the case in India where sufficient importance has not been given to prisons and prisoners. The jail administration in India, despite being an important part of the criminal justice system, has suffered neglect and lack of recognition which is obvious from the recommendations given in the report of the All India Committee on Jail Reforms (1980-1983) headed by Justice AN Mulla which have not been implemented till today on the grounds that prisons are a state subject and not a central one.

The Delhi Prison rules, 2018, states that “the Superintendent shall ensure that no prisoner is detained in the prison for any duration more than authorised custody ordered by the court.” It further states that “release orders and bail bonds will be sent through post or through the peon of the court. If any private person brings such documents, the same should not be accepted at the prison office. On receipt of a bail bond or release order, prompt action should be taken. An undertrial prisoner should be released on the same day of the receipt of the bail bond or release order.” It is also stated that “every prisoner, whose release has been ordered by a competent court, on any day, shall be released on the same day” which is clearly not followed. Thus, one could also make that the post system is outdated when it comes to delivering court orders.

A similar situation was seen in various cases like the release of Pinjra Tod activists Asif Iqbal, Devangana Kalita and Natasha Narwal two days after granting of bail. Comedian Munawar Faruqui, who was arrested allegedly for hurting religious sentiments during a show, was granted interim bail. Though the court stayed a production warrant against him by the Uttar Pradesh government, the jail authorities did not release him and stated that he had been granted bail in the Madhya Pradesh case and not the Prayagraj one.

Another instance is when the apex court granted interim bail to 97 convicts of Agra and Varanasi central jails who were incarcerated for more than 20 years. It was noted that prisoners were not released despite being entitled to premature release under a policy framed by the Uttar Pradesh government in 2018.

Dr Kafeel Khan spent more than seven months in jail for his public address against the CAA and the NRC. Though Khan was granted bail, he was never released by Mathura jail authorities as the district magistrate had added charges under the NSA.

The Supreme Court, though late, has initiated a dedicated system that will certainly offer some relief to those deprived of justice even after justice has been served. FASTER is going to be used for transmission of e-authenticated copies of judgments/final orders/interim orders to the concerned courts/ tribunals and other duty holders for execution. The postal system is clearly outdated when it comes to delivering court orders.

Supreme Court bench said they could highlight the concerns but were not inclined to give a direction to the Government since they were not domain experts.
Read more
Courts

The preliminary affidavit was filed by the Central government which is being followed by a more comprehensive affidavit dated Jan 13 2022. The Centre stated that the directions and guidelines issued by the Centre and the Ministry were in the larger public interest, keeping in view the Covid pandemic.
Read more
Allahabad High Court