The government’s decision to raise the limit of foreign investment in Indian insurance companies from 49 percent to 74 percent is a timely boost. Can it be a game changer in an industry weakened by the pandemic? 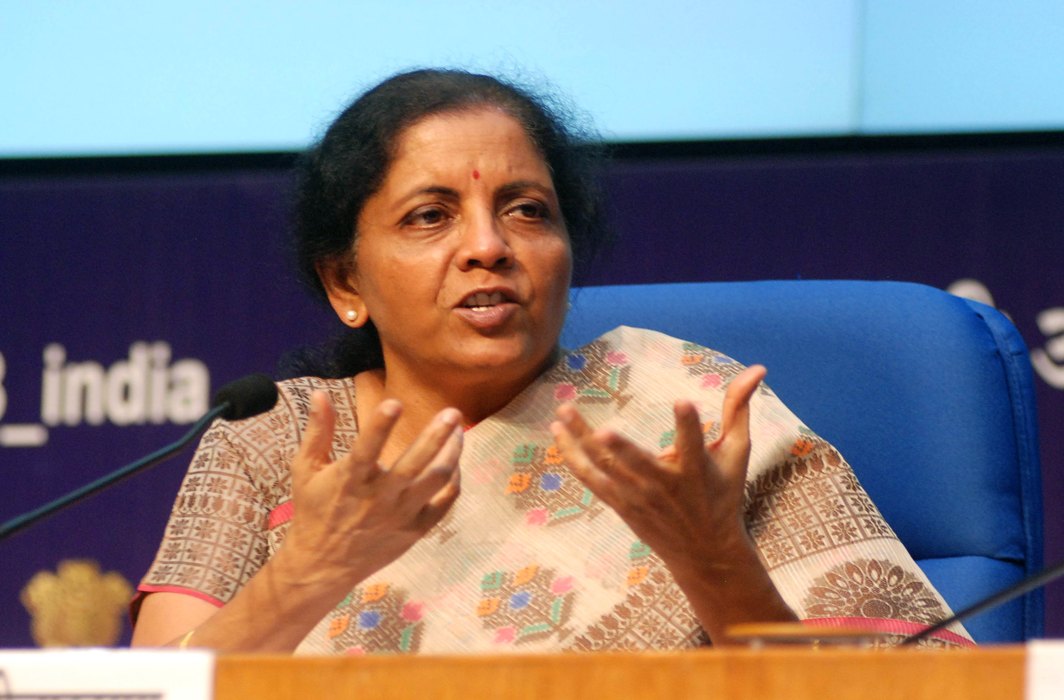 With an intention of allowing foreign ownership and control in the insurance sector in India, the Union cabinet has given its permission to amend the Insurance Act, 1938. The cabinet has favoured the proposition to raise the Foreign Direct Investment (FDI) threshold to 74 per cent by clearing the Insurance Amendment Bill 2021 on March 10, 2021. The Bill is in sync with a proposal made in Budget 2021.

On March 15, 2021, Finance Minister Nirmala Sitharaman introduced a Bill cleared by the cabinet in the Rajya Sabha to facilitate raising the FDI limit to 74 per cent. The minister said that in order to achieve the objective of government’s FDI investment policy of supplementing domestic long-term capital, technology and skills for the growth of the economy and the insurance sector, and thereby enhancing insurance penetration and social protection, it had been decided to raise the limit of foreign investment in Indian insurance companies.

At present, the allowable FDI cap in life and general insurance stands at 49 per cent, with ownership and management command with Indian entities. In 2000, foreign investment in the insurance segment was allowed up to 26 percent in an Indian insurance company. The government then raised the FDI cap in the insurance sector from 26 percent to 49 percent in 2015. Previously, the government had permitted 100 percent FDI in insurance intermediaries, such as insurance brokers, re-insurance brokers, insurance consultants, corporate agents, third party administrators, surveyors and loss assessors.

The deadly pandemic, Covid-19, has uncovered the delicate condition of the insurance sector in India. The pandemic-linked claims are mounting and a twister of high-amount of medical or death claims may hit smaller insurance organisations. These business units lack the ability to invest funds during periods of financial uncertainty. Therefore, it is important to enhance the FDI limit. The rise in FDI limit has been on the schedule of the government for quite some time now. Earlier even the regulator of the sector, the Insurance Regulatory and Development Authority of India (IRDAI), had urged that FDI in insurance be brought on par with the banking industry.

Ultimately, the government has taken the decision to enhance the FDI level and while presenting the Budget 2021-22, Sitharaman, besides announcing a raise in the FDI, also indicated that overseas ownership and control of Indian insurers will be allowed “with safeguards”. Also, a majority of directors on the board of the insurer and key management persons should be resident Indians and at least 50 percent of the directors of insurers should be independent directors. Further, to guarantee that adequate capital is held in the books of an insurance company, foreign owned insurers will be required to retain a specified percentage of profits as “general reserves”. The government also proposed to introduce a charter for investor protection.

Lessons from the past

The extension of FDI in the insurance sector will result in improved penetration of life insurance services throughout the country. The relaxing of limitations on foreign ownership of insurers will also offer new avenues of funding. It will also provide access to external know how that can support insurers’ underwriting performance and unchain fresh functioning efficacies. However, history has taught us that increasing the FDI limit alone may not draw in global investors into the sector.

Both life and general insurance experienced a series of governing changes after the insurance segment opened up for FDI in 2000, and till 2014-2015, only limited insurance players benefitted. Even after the level was raised to 49 percent in 2015, the sector has not witnessed huge foreign flows and only eight life insurance players out of 23 private players and four out of the 21 private general insurers have overseas promoter holdings of 49 percent. As per the data available, several still have foreign holdings of 26 percent and Indian promoters still retain 100 percent stake in companies, such as Exide Life, Kotak Mahindra Life, Reliance General, Bajaj Allianz life, Canara, HSBC, Oriental Bank of Commerce Life, IDBI Federal Life, Future Generali India Life, Bajaj Allianz, SBI General and Tata AIG.

The bigger picture across both life and general insurance players shows that raising the FDI level alone may not ensure easy access to capital. The present FII shares in insurance firms reveal that even the existing levels have not been fully used. Average foreign investment in the insurance entities, both life and non-life, remains well below the current projections. Although the inflow of capital was pegged at Rs 25,000 crore after the FDI limit was eased, real infusion into the sector was just around Rs 5,400 crore.

Furthermore, after the hike in the FDI level, no new foreign company moved into the Indian market. This was not only because an additional relaxation in the FDI limit was predicted but also the Indian management control clause continued to be a thorn in the side of foreign investors. Under this clause, even if a foreign player were to buy 49 percent share in an Indian insurance firm, any board-level decision or business strategy change would need consent from the majority of Indian shareholders. This proved to be a disincentive for foreign entities who desired identical privileges with their Indian joint venture associates.

According to estimates, Indian insurance firms need at least Rs 15,000 crore over the next 36 months. Therefore, allowing foreign business units to raise their shares to 74 percent is a welcome move and timely for a capital starved country. Present ambiguity and anxiety of the sector is not encouraging Indian shareholders to make investments and many are heading for the exit. For example, the Rajan Raheja Group declared its intent to sell its complete 51 percent holdings in Raheja QBE General Insurance to Paytm’s Vijay Shekhar Sharma while Wadhawan Global Capital announced a sale plan of DHFL General Insurance to Sachin Bansal. The government’s strategy of FDI hike will definitely motivate domestic players to focus on the sector.

Moreover, apart from bringing more foreign players into the game, a relaxation in FDI limits will create employment opportunities and enhance the penetration of insurance. The hike may also lift India’s insurance penetration or premiums as a percentage of GDP that is sluggish at 3.76 percent compared to the world average of 7.23. The same for other BRICS countries is: Brazil 3.9 percent, Russia 1.3 percent, South Africa 12.89 percent and China 4.22 percent. This indicates that India lags behind other BRICS nations, excluding Russia.

Weak uptake of insurance products in India is strongly associated with the scarcity of capital. Therefore, the surge in FDI limit may help arouse the tepid movement of insurance penetration and density rates besides lessening capital worries of Indian insurers. Likewise, if foreign investors enter the Indian insurance market, there is likely to be a growth of 15 percent in the 1.5 million employment base in the insurance zone. This is one area where India could perhaps learn from China, Japan, South Korea, Vietnam, Hong Kong and Taiwan who have amplified insurance FDI to 100 percent. Despite that, easing of FDI frontiers would serve numerous objectives.

The insurance industry occupies a significant place in the evolution and progress of an economy. Besides, the importance of the segment has been clearly understood during the pandemic. The Indian insurance industry has always been an inviting market for worldwide insurers to magnify their business in the country, mainly due to demographic profile and unexploited business prospects. Hence, raising the FDI limit is aimed at changing the face of insurance in India.

The increase in the FDI limit along with other proposals, such as projected reduction of public sector presence in the sector and the future plan of devising insurance schemes for migrant labour in the disorganised sector are all anticipated to arm the sector to challenge issues that have blocked its development. These measures are likely to weaken some of the anxieties confronting the insurance industry, thus paving way for a superior advanced insurance sector in India. These gauges may result in boosted levels of merger and acquisitions and private equity transactions. This may assist the insurers to increase their footprint to support the government’s purpose of financial inclusion through insurance inclusion in the country.

However, the key will lie in the details contained in executing the guidelines. Quick timelines and clarity on implementation from the government will make the proposal worthwhile. While the government has indicated a vibrant change in the policy that has been previously debated and disputed over a lengthy period, stakeholders are hoping that the changes will be instigated within a reasonable time period.