From genius(!), troll to whistleblower: Tathagatha Roy has no noble truths left 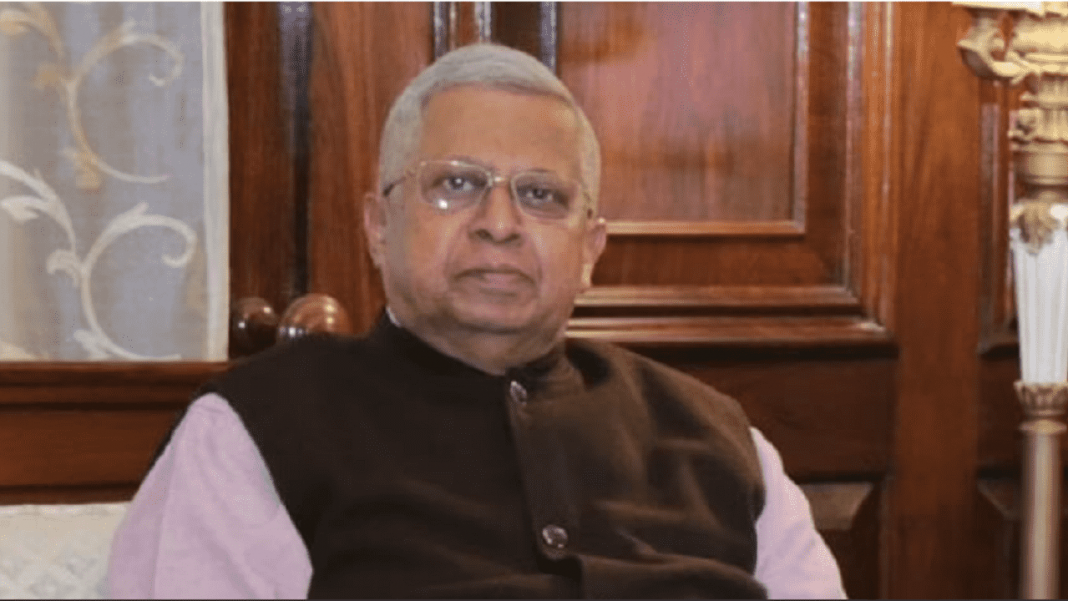 Engineers have won the Nobel Prize; none from India, though. Yet, there is at least one Indian engineer, who believes he has the IQ of an Einstein, the aptitude of Wilhelm Röntgen (the first engineer with a Nobel, 1903) and the sentience of a Swami Vivekananda, not to say the political acumen of a Nehru (naah, not him, he hates Nehru, obviously for his guts). In the end, Tathagatha Roy, former Governor of the states of Meghalaya and Tripura and a self-proclaimed ardent follower of Hindutva and Prime Minister Narendra Modi, has ended up as a political laughing stock.

Roy hasn’t yet tweeted about why the Nobel committee has neglected to recognise his contribution to society – he has been the founder head of the department of construction engineering at Jadavpur University – but, instead, he has been tweeting his caustic opinions on several critical social matters, none with any scientific temper.

Recently, though, Roy’s Hindutva rhetoric and his allegiance to the Bharatiya Janata Party (BJP) seem to be on the wane. Surprisingly, he is full of unspent anger. Roy’s political activism, at least these days, has been mainly through Twitter, and it was through Twitter that he recently made a serious allegation against his own party, the BJP.

Quite like a stubborn constipation, Roy has been carrying this complaint for around three months – and he has confirmed this over and over again over regional television channels. He says the BJP had used money and women in securing people from other parties, specifically the Trinamool Congress (TMC), before the recent assembly elections which TMC won on a landslide. In his twitter handle, @tathagata2, still says he is a “Unabashedly BJP, Right-wing Hindu socio-political activist, thinker, writer, ideologue. Former Governor.” He has recently added another sentence to that: “Lately whistleblower.”

Rumour mongers are evil people. And they say that Roy’s time on the throne will be much shorter and more comfortable if Didi just says “yes, Dada, please come over, join your brother in the TMC.” His brother, Saugata Roy, a student and a professor of pure science, is a senior member of the TMC and Mamata Banerjee has tremendous respect for him and his scientific and political points of view.

But till that happens – if it does – Roy, quite comically, also wants to balance the equation. He has tweeted about how Modi has taken up the Herculean task of “re-engineering the Hindu mind”. Frankly, this will go unnoticed within the BJP, because Roy’s credibility is at a historic low.

Also Read: Civil Defence: An important shield for civilians during wartime and disasters

The problem is an ethical one. Even Vibhishana had kept quiet about his joining the rival camp. When you are still with the BJP, whatever happens within the party, take it up internally. Do not wash dirty laundry in public. It not only shows a complete lack of self-respect of the so-called “whistleblower”, but also a complete lack of respect for the party which has been kind enough to give you a platform large enough to make such comments. Comments praising the PM on the one hand, and making obscene, unconfirmed allegations on the other only reduces one to a joke.

However, is Roy quitting the BJP and joining the TMC even possible? If one looks back at the comments Babul Supriyo had made against the TMC and then had quietly joined Mamata’s ranks, Roy’s efforts are still in the realm of possibilities. Add to that the complete disregard that BJP leaders have shown to Roy of late. In a tweet, one person asked Roy: “Will you comment on former state BJP president Dilip Ghosh’s comment, that ‘what benefit did accrue to the party when he had been active in the party?’” Roy put out another caustic answer. He said: “Sorry brother, I will not be able to descend to a class VIII level.” This is a not-so-oblique reference to Ghosh’s apparent educational qualification, as Roy sees it. Roy has been a former BJP president of the state.

That he is being ignored in West Bengal’s BJP circles is not new. To that Roy’s comment is: “Nobody likes whistleblowers. I won’t bother to reply to this. The reply was manifest in the recent by-elections where BJP LOST ITS DEPOSIT in 3 out of 4; it will be more so in the coming municipal and panchayat elections. I’ll watch with a heavy heart.” This was in reply to a story in The Print.

He may have had a point, but, again, no sensible politician airs dirty laundry in public without an objective in sight. As for the money and women allegation, it is pretty serious and a lot many cases can be filed against him by his own party. But probably the BJP is waiting for him to just leave.

That brings us to the most important question: is the TMC interested? Well, probably, if he doesn’t cost any money, and if he agrees to shut up. TMC leader Firhad Hakim has recently called him an erudite and senior leader worth his respect, so there is an opening no doubt. But Roy’s diarrhoeic gab needs to be controlled.

So what is it about Roy? This correspondent once had an almost slanging match with the leader, when he was Governor of Tripura. When this correspondent asked him point blank how, as a state’s constitutional head, could he utter derogatory comments about other people, he said he was within his rights to do so.

It leads to an apprehension of a lack of balance, probably aided by impairments through age (he is 75). And if that be so, then his presence in any party is fraught with systemic risk.

Who is to offer advice, but if it be so, then: Retire and walk into the sunset; there is still some goodwill and good memories left. Life will be good.