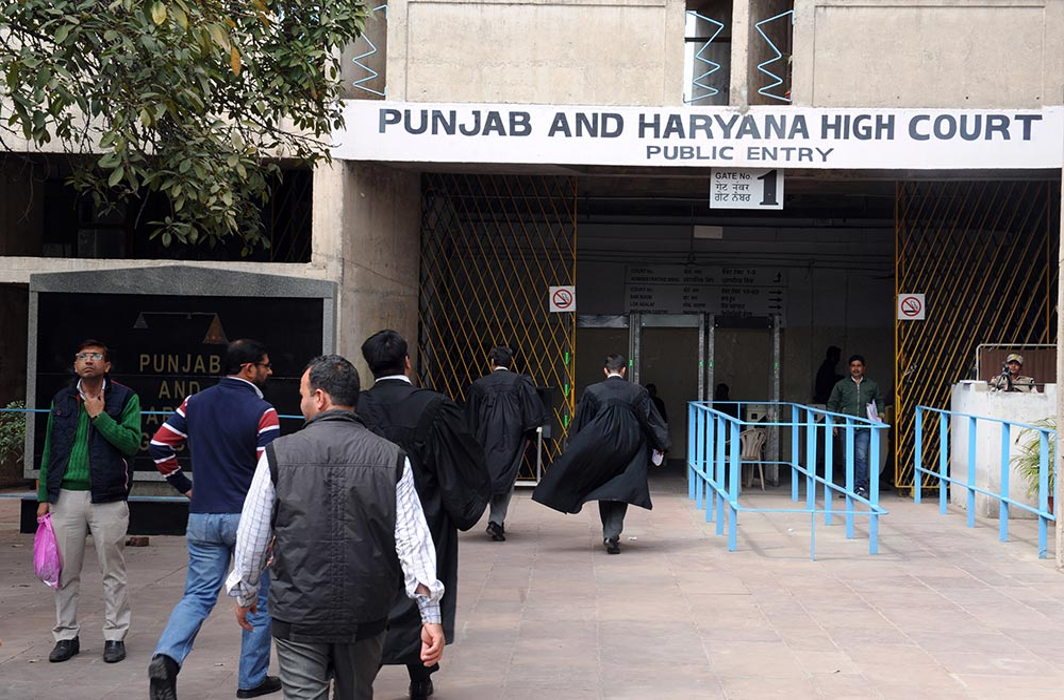 Above: The gang rape case is pending in the Punjab and Haryana High Court/Photo: kractivist.org

Allegations against a sitting High Court judge and a retired one, and a plethora of litigations, including contempt of court and non-bailable warrants, are part of a complex case relating to an alleged gang rape that took place in Punjab on December 28, 2010.

It all started before the era of online dating and matrimonial sites and involved the then flourishing business of marriage bureaus which brought together families and couples after matching the requirements and suitability of couples. The allegations of alleged gang rape appear to arise from one such proposal gone awry. The victim has complained that she was raped not only by the prospective groom but also by his brother, uncles and other relatives and that the accused were related to a sitting and a retired judge besides a couple of senior advocates. The rape case was registered in Sri Mukhtsar Sahib in 2011, and the accused were acquitted in 2018 by the trial court.

The subordinate courts declined to frame charges twice, saying that there was no evidence to back the charges. However, her third application was accepted and is one of several cases emanating from the alleged gang rape. After prolonged hearings, the trial court acquitted the accused last year on the grounds that “the evidence and circumstances show that prosecutrix has given a false statement and created evidence with intent to procure conviction….”

The trial court noted that, on the basis of her statement giving details of the alleged rape, an FIR under Sections 376/354/323/148/149 of the IPC was registered. However, after thorough investigation of her version, it said that “the allegations of prosecutrix were found to be false”.

In the light of the testimony of the prosecutrix and her conduct, I have no hesitation to hold in the present case the circumstances taken as a whole create a great doubt about the correctness of the prosecution version and thus, I am of the firm opinion that a case is made out for giving benefit of doubt to the accused,” the court said.

It added that at “every stage of trial, prosecutrix has exceeded her limits and she has left no stone unturned to browbeat the majesty of law, to intimidate the Presiding Officers and created hurdles in the fair and free discharge of administration of justice. For her unruly behaviour, she also was ordered to be subjected to mental check up by Hon’ble Division Bench of Punjab and Haryana High Court as admitted to by her in her written arguments. She was even sent behind the bars for two months on the orders of Hon’ble Punjab and Haryana High Court because of her contemptuous behaviour on the basis of contempt reference moved by my learned predecessor Shri Virinder Aggarwal. But still she has not mended her ways and now she has submitted her written arguments by way of affidavit on oath and in these arguments her contemptuous behaviour is again evident which shows she has scant respect for law and lawful authorities”.

The court ruled that the “prosecutrix not only had degraded the Subordinate judiciary but she has not even spared the August Institution of Hon’ble High Court to which we Subordinate Judiciary are under supervision and control”. It said that “for contemptuous utterances of victim, a separate contempt reference be made to Hon’ble High Court and for making false statement on oath, for giving false evidence with intent to procure conviction, using evidence known to be false, for submitting false declaration by way of sworn affidavit of written submissions and insulting Judicial Officers sitting in judicial proceedings, proceedings under Section 340 Cr.P.C. be initiated against her”. A complaint was filed against her under Sections 181, 193, 195, 196, 199, 203 and 228 of the IPC.

The court ruled that “in view of the evidence adduced on file, this court is of the considered view that the prosecution has failed to prove the point of determination in its favour beyond shadow of reasonable doubt. It is not proved on file if the accused repeatedly committed gang rape with prosecutrix or assaulted prosecutrix with intention to outrage her modesty or tried to rape her. Rather the evidence and circumstances show that prosecutrix has given a false statement and created evidence with intent to procure conviction, using evidence known to be false and has submitted false declaration by way of written arguments. For obvious reasons accused are acquitted of the charges framed against them by giving them the benefit of doubt.”

Even as the trial in the case was going on, two contempt proceedings were launched against her for insulting judicial officers and making allegations against High Court judges. This led to the issue of bailable warrants against her in March this year to secure her presence in contempt proceedings but these were stayed last month after she assured her presence in court.

She then moved the Punjab and Haryana High Court, alleging that the trial court was not properly hearing her plea for leave to appeal against the conviction. She also said she was being threatened with conviction by senior lawyers in the contempt cases unless she withdrew the plea for leave to appeal. She filed a PIL seeking transfer of cases to the chief justice’s court.

The allegations against a sitting judge and some senior advocates were made in the plea heard by the division bench of Chief Justice Krishna Murari and Justice Arun Palli, which raised objections over maintainability of the PIL in her matter. The case was transferred to a division bench of Justices Jaswant Singh and Arun Kumar Tyagi which told the woman that her cases would be taken up one by one to avoid any confusion.

The High Court recalled the order for issuance of bailable warrants against her and also requisitioned the trial court record of the case. The notices were issued to the respondents for July 8.

Though the petitioner/victim has informed the court that she is a disabled girl with bench mark disability and a patient of obsessive compulsive disorder (function disorder of brain), given the recent sexual harassment charges against the chief justice of India, the court would be extra careful with the charges levelled by her.