Article 32 is a fundamental right and it is the apex court’s duty to protect it. This was seen in the Goa Foundation case where the Court pulled up the state for backing large mining entities in renewal of leases. 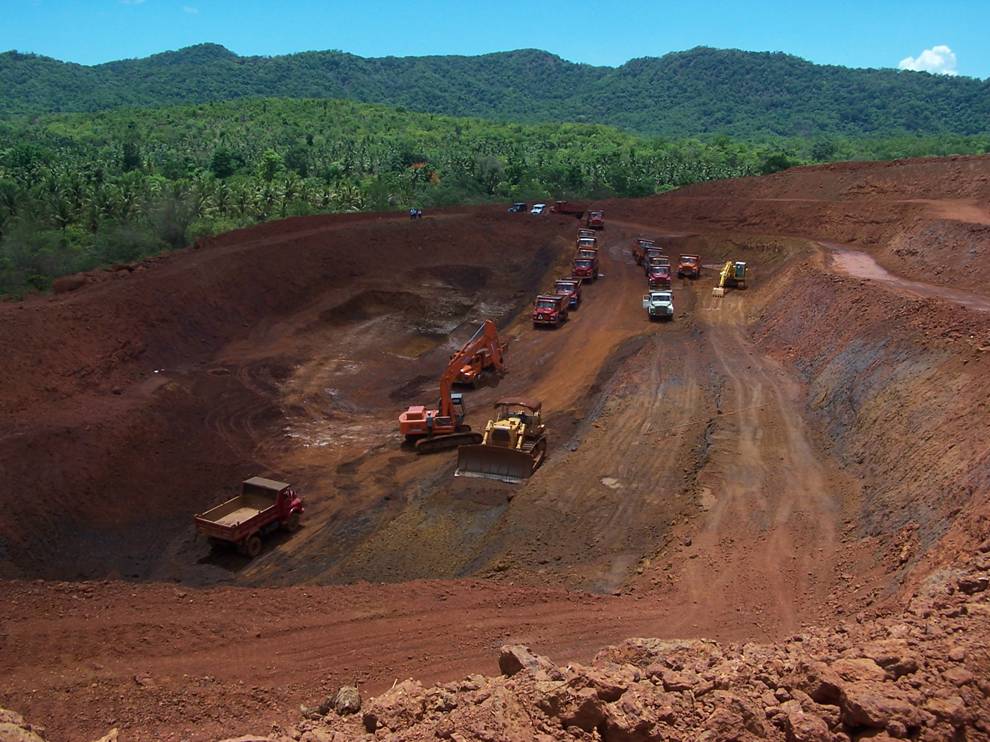 Relations between the Bench and the Bar, at least in the common law adversarial system, are always strained by the dynamics of operation of the “winner-takes-it-all” principle. Each side has a will to win, but in the final result, only one can succeed and other must lose. This has many consequences for the legal system, which I have narrated as early as 1982 in my Crisis of the Indian Legal System1. Yet it seems to be the constitutional fate (or the duty, at least as conceived to be in the best interest of the client) of each generation of lawyers and litigants to carry forward the crisis across generations. The excellence of the Bar is, it seems, judged by the ability to aggravate rather than ameliorate the structural crisis of law.

A most recent illustration of this tendency is provided by the continuing Goa Foundation cases. A Supreme Court (SC) Bench (Justices DY Chandrachud, Vikram Nath and Hima Kohli (on September 7, 2021) dismissed a special leave petition against the November 2019 decision of the Bombay High Court. The High Court negatived the demand that the State declare as per the amended Mines and Mineral Development and Regulation Act 2015, the lease valid for 50 years (from 1987 to 2037).  The SC also dismissed as withdrawn a writ petition under Article 32 by another mining leaseholder.

It sharply asked: “If the state wants to maximise revenue, why is the due process of law not being followed? Why is the state backing these large entities in the renewal of their leases?” The Court asked Solicitor General (SG) Tushar Mehta to advise the Goa government to follow “competitive bidding in handing out mining leases to maximise revenue, instead of backing the renewal of leases of large private mining leaseholders”, whose “rapacious and rampant exploitation” of Goa’s fragile ecology for profit has been judicially archived and “deprecated” by the Court.2

Justice Chandrachud stated that the SC judgment in Goa Foundation  II “left it open” for the Goa government “to hold competitive bidding”, and a “transparent procedure … will ensure the best revenue and the best realisation in the interest of the state”. The Court asked: “Why is the state backing these large entities in the renewal of their leases?” It said that the “impression that is being given off is that the government wants the renewal of their leases. Please advise the government properly”.

Will this request from the highest court in the land be followed by the state? The SG’s answer to the Court is most instructive. When Justice Chandrachud quipped that “you will support them before the High Court also”, the response was: “I support the development of the state”, as if the SC and the environmentalists did not!

It is mystery that the petitioner state and Vedanta proceeded first in review despite Rule 2 of Order XLVII of the Supreme Court Rules, 2013, which required that an application for review of a judgment be filed within 30 days. Goa Foundation II was pronounced on February 7, 2018, and yet review petitions were filed by the State of Goa after 450/451 days and by Vedanta after 907 days! The SC had noted that “the State of Goa preferred its four review petitions in the month of November 2019, after Justice Madan B Lokur’s retirement, while Vedanta Limited preferred its four review petitions in the month of August 2020, right after Justice Deepak Gupta’s retirement”. The Court (per Justice Chandrachud) “firmly disapproved” such practices intended to preserve the institutional sanctity of the decision making of this Court.3

It also, as noted, allowed Senior Advocate AM Singhvi to withdraw a writ petition under Article 32, who wished to move the High Court instead. But the Court expressed its displeasure:

“You cannot have different strategies like this—that you seek review here on some grounds and file a different writ petition before the High Court, followed by an SLP, for other issues. Once the judgment of our court resolved the controversy, all grounds ought to have been raised at one place. If not, you are concluded now. You cannot have two bites in the cherry. This is an abuse of the process of the law. It cannot be open to you to come again. You had argued the review here; you cannot bite the cherry here and there.” (emphasis added)

The observations of the Bench, so far quoted, are not a part of the law as declared by the SC under Article 141 of the Constitution, but remain an important aspect of the conversation between the court and counsel. There is also no way to establish the veracity of what is thus reported. One hopes that, eventually, something will be done as a matter of adjudicatory policy by providing greater authenticated public access to these conversations (perhaps in the long pending matter of televising judicial proceedings).

While senior advocates are expected to legitimately defend their clients and their rights and interests, they are also supposed to conduct themselves as officers of the Court. They certainly are not expected to conduct themselves in manifest violation of the Supreme Court rules. If a specified rule or a time limit is not in the best interests of justice, the Supreme Court Bar Association, the Bar Council of India and even acknowledged veteran and eminent leaders of the Bar may properly suggest a revision to the CJI. But a delay of the magnitude which led the SC to dismiss the review is clearly impermissible, either in the interests of justice or of “development”.

However, the SC permitted withdrawal of the petition as dismissed with the remark: “Vedanta had come under Article 136. The petitioner here has had no such opportunity. We are only allowing the withdrawal because they say they want to take recourse to other proceedings. No liberty to this effect is being granted. Also, we are expressing no opinion on merits or on maintainability.” But in adding that “all contentions and objections are left open”, Justice Chandrachud is also said to have observed: “We are thinking from the infrastructural point also, why should this Court unnecessarily apply its mind to this matter all over again? The High Courts are robust institutions and are capable of interpreting the judgment in Goa Foundation.”

There is no doubt that the High Courts are, indeed, “robust institutions” with a capacity to interpret the SC judgement and orders. But as a robust institution, the Goa High Court had considered the plea “that the decision of the Hon’ble Supreme Court in the case of Goa Foundation II is per incuriam” and/or “sub silentio” and therefore, not binding on the state government. But the issue of per incuriam was not “pressed” and the related issue of sub silentio was dismissed because, among other things, the matter was under review by the SC. But it is quite clear that the High Court found nothing in these charges as the controlling precedent applied only to the “fresh mining leases or other renewals and fresh environmental clearances”.

If this is the case (I offer here only a provisional “if” comment because I have no access to the arguments or the paper book in the case), it is quite clear that under the SC decisions and directions, there is clearly no future for any legislative or judicial action in this matter. Why then move the High Court at all?

To conclude this rather “technical” discourse (frankly not all judicial discourse is so!), the growing tendency to regard Article 32 primarily as a matter of public policy needs to be arrested. It is declared as a fundamental right by the Constitution and the Supreme Court’s duty is to protect the rights declared in that Part, if violated. In Hohfeldian terms, this is a rights-duty jural relation, not a matter of mere judicial discretion.4 Article 226 does not bind High Courts to protect fundamental rights though it may; their jurisdiction is for both—the rights as well as “for any other purpose”.

Once lawyers and litigants make a conscious decision to proceed under Article 32, the SC is obligated to decide on the merits on the dispute before it. There is no room in a deliberate decision to litigate any question of “withdrawal” by the counsel. Moreover, the SC itself has held that fundamental right may not be subject to “waiver’’.5 There is no scope for any confusion between Article 21 and Article 136 petitions; the latter remain discretionary and subject to adjudicatory policy. Tightening the interpretive belt is the surest safeguard of the discharge of constitutional judicial duty and the only possible interpretation of judicial oath under Schedule 111 of the Constitution.

The Roman poet Juvenal in Satire VI, lines 347–348, uttered a famous question: Quis custodiet ipsos custodes? (rendered in English as “Who watches the Watchman?”). The only, and the best, answer is: “The Watchmen, of course!” But should they fail and falter, it becomes the duty of law academics to hold a mirror to our exalted Justices.

The Goa Foundation 11 offers a foundational discourse on just sustainabilities (attuned to the Directive Principles of State Policy) which seeks to arrest environmental degradation and destruction in the name of “development”. At the same time, it also paves ways for internal adjudicative reforms addressed to some entrenched yet wanton court craft practices.

2Known as Goa Foundation 11, the fuller citation of this crucial decision is: The Goa Foundation v M/S Sesa Sterlite Ltd. (Decided on 7 February, 2018, per Justice Madan B. Lokur and Deepak Gupta). The judicial discourse begins with the quoted words.