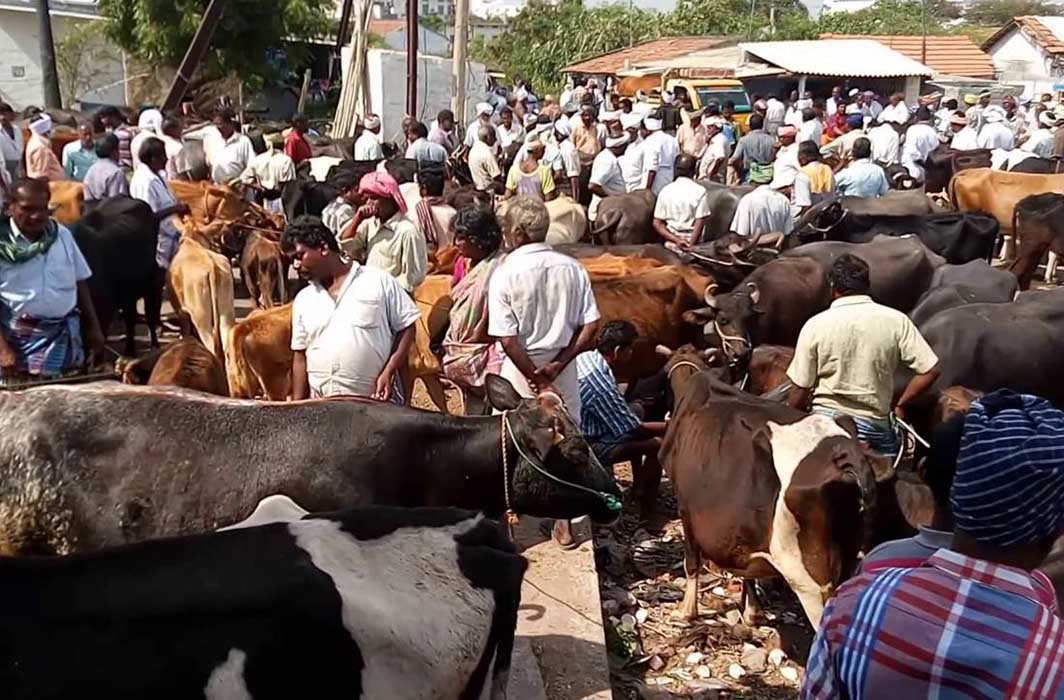 An attempt by the Gujarat government to stop livestock exports came to naught as the Gujarat High Court quashed three notifications in this regard, terming the move a “colourable exercise of powers”

Administrative muscle-flexing to suit political goals was on display when the BJP-led Vijay Rupani government in Gujarat banned the export of livestock days ahead of Eid. Even the Narendra Modi-led government expressed its intent to confirm it countrywide but stopped short of doing so.

In April, the Gujarat High Court quashed three notifications of the state government aimed at stopping export of livestock from Tuna port in Kutch, terming it a “colourable exercise of powers”. A division bench of Justices Harsha Devani and Bhargav Karia termed the decision as “grossly illegal, unconstitutional and violative of the fundamental rights of the petitioners”.

Several livestock exporters had sought judicial redressal after the state government issued orders up to December 2018 which banned the export of livestock, principally sheep and goat, from Tuna. The judges said in their verdict that “with a view to appease a section of society which is averse to export of livestock from Tuna port, the government has from time to time taken all steps to ensure that the  petitioners and similarly situated persons are not able to carry out this export from here”.

The sequence of events makes for interesting reading. On December 14, Chief Minister Vijay Rupani announced that the government would not allow livestock exports from the port. The same day, the agriculture department issued a notification under the Gujarat Essential Commodities and Cattle (Control) Act, prohibiting movement of cattle from outside into any drought-affected area. Kutch had already been declared drought-affected. Soon after, the director of animal husbandry informed the collector of customs that the state government has decided to withdraw health check-ups of animals to be exported and would not allow export of live animals until the specified (check-up) facility was established. On the same day, the home department directed the Kutch police to set up check-posts to keep a watch on the transportation of animals, the High Court noted. “What cannot be done directly by the state government is sought to be done indirectly under the guise of exercise of powers under section 4(1)(b) of the (Cattle Protection)Act…notification therefore, clearly has been issued in colourable exercise of powers and deserves to be struck down,” the Court ruled. It added that “the intention was to prohibit export which is otherwise not a state subject”. The state government requested a stay of the order so that it could move the Supreme Court, but no stay was granted.

MTM Hakim, the advocate who represented some of the petitioners, said that this was not the first time that the state government had attempted to stop these exports from Tuna port. Two previous attempts had been made too.

On August 3, 2018, the director general of shipping in consultation with the mercantile marine department allowed mechanized shipping vessels to operate from Tuna port. The consignment was to leave by August 6. But the same day, the district magistrate of Kutch, Ramya Mohan, stopped the consignment of some 8,000 sheep and goat which was to be exported to the UAE. She cited violation of The Prevention of Cruelty to Animals Act, 1960 and immediately appointed a three-member committee to probe this. The committee comprised of the sub-divisional magistrate, Anjar; deputy police chief and deputy director, animal husbandry. They were asked to submit a report within a day. However, before that could be done, the D-G, shipping, stopped the vessel on August 8 without assigning any reason. The mercantile marine department which had cleared the export then backtracked saying that according to the Merchant Shipping Act, 1958 and Sailing Vessel Rules,1997, vessels must not sail in the “foul season” of June 1-August 31 and cancelled the port clearance through a letter dated August 7.

Aggrieved exporters sought the intervention of the High Court and a single judge bench of Justice Bela Trivedi stayed the August 6 order till the pendency of the petition filed by the Livestock Exporters Association (LEA). The Court also observed that the panel formed by the district magistrate lacked the authority of law.

Besides the apparently communal nature of events, things fell in place once realization dawned that Bakri-Eid in 2018 fell on August 22 when the demand for such livestock in Gulf countries peaked and any obstruction in exports then may result in huge economic losses with penalties and potential blacklisting. There was also the realisation that livestock exports from Tuna in 2016-2017 and 2017-2018 had crossed seven lakh heads. According to reports, a Dubai-based company which had invested heavily in these exports wrote to the  external affairs ministry to resolve the matter as such undue interruption in export sullied the name of Indian exporters. Adil Noor, secretary of LEA, Gujarat, also drew the attention of authorities to this fact.

It was only after these efforts came to naught that the Rupani government pulled out all stops to block the livestock export with a series of measures including the December notification. The fact that there was more than meets the eye became clear when the Rajkot Chamber of Commerce and Industry pressed for a ban in livestock export. In a representation in March to commerce and industry minister Suresh Prabhu, it stated that “now it seems that our livestock exporters are beyond the law of the land. It is high time you need to take serious note that such unruly export is a threat against national security and it is also conniving hawala and money laundering”. This shocking representation from a trade body that had no locus standi in the matter only strengthened suspicions that larger forces were at work. Incidentally, Rajkot is the hometown of Rupani who is a Jain.

Tuna, which is the sole designated port for livestock export in the country, falls under the Gandhidham Chamber of Commerce and Industry, which is the representative trade body of Kutch and has extended help to the exporters. Initially, it was made out that the curbs were imposed due to representation by animal rights activists and members of the Jain community. However, opponents were quick to point out that there were no restriction on serving or eating non-vegetarian food in Gujarat. “No government can ever impose such curbs at home for fear of losing out on vote share,” said a ruling party politician. Former Gujarat chief minister Suresh Mehta said the High Court judgement was an eye-opener as it brought out the biased way in which power was exercised to subvert the very edifices which it was duty bound to protect.

And the judgement had clearly damned the Vijay Rupani government.