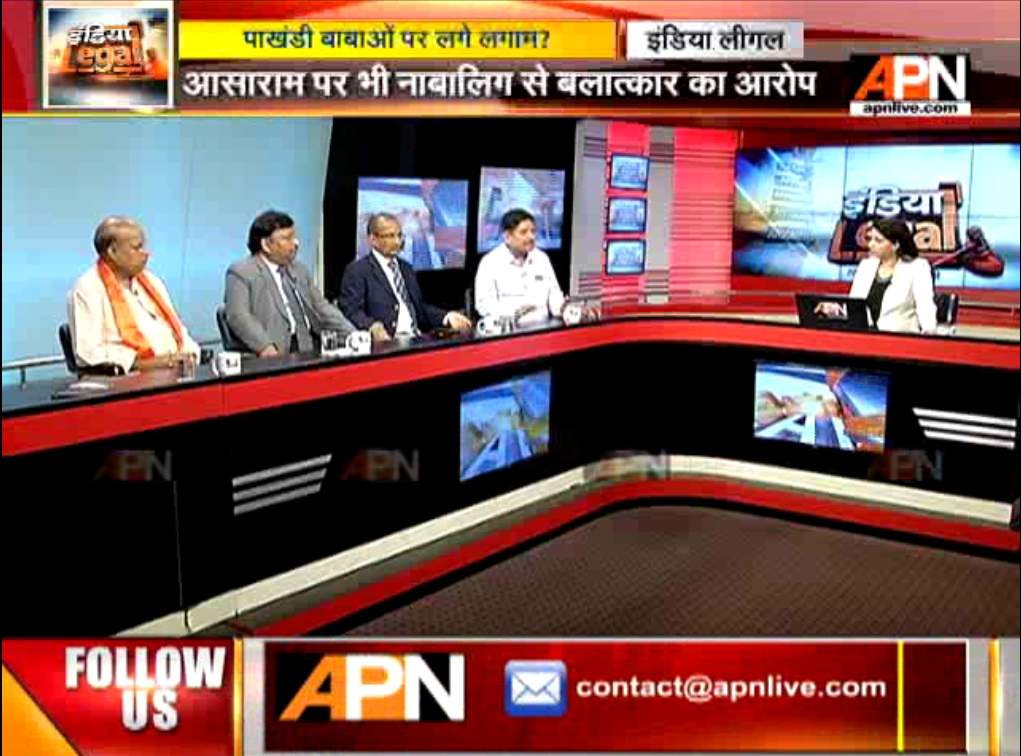 The latest edition of the India Legal show analysed the legal system in the backdrop of the Gurmeet Ram Rahim Singh verdict. The show discussed the need for a centralized law which can stop the exploitation of people by such godmen. The panellists discussed if a new act should be brought about as in the case of Maharashtra. The state has brought an act against superstition and black magic. However, if that was not possible, the existing laws should be amended to make them more effective, the panellists concurred.

On being asked if religion has been commercialised to achieve ulterior motives Vinay Kumar was of the opinion that the guilty should be punished, but the sanatan dharm or its system should not be harmed. He said that people’s faith should be taken care of. He also said that saffron is being portrayed in bad light as not all religious leaders are wrong.

Justice Sreedhar Rao, however, disagreed that the court’s decision has any negative effect on religious faith. He also supported the government’s decision of not deploying security forces in advance. As per him, it would have resulted in more harm than good. Deployment of forces would have sent a message that the godman is going to be convicted which could have led to further outrage. However, he also agreed that political patronage was the reason behind the growth of such godmen.  “Our system has become very weak. We do not implement the law. Individuals have grown more powerful than the system,” he said.

On the suggestion of making religious bodies supervise over malicious babas, he said that it is not a viable option in a democratic set up as no religious institution has the jurisdiction to take action against them. He said it is the government which should take action but it fails to do so because the government itself is a partner-in-crime.

Most of the panellists were of the opinion that law cannot act without evidence.

KTS Tulsi said: “Law cannot work without evidence and where will the evidences come from? Evidences will be collected by the police and the police is under those who are not willing to act against these godmen. The law is not at fault.”

He also held the delay in justice system—as in the case of Dera Saccha Sauda chief—as the main reason behind many bigger problems. “Justice delayed is justice denied. This is why vigilantism happens. People take law into their hands. The reason why so many people are being killed is because they are losing faith in the criminal justice machinery,” he said.

Here are some of the bytes of the panellists from the show: