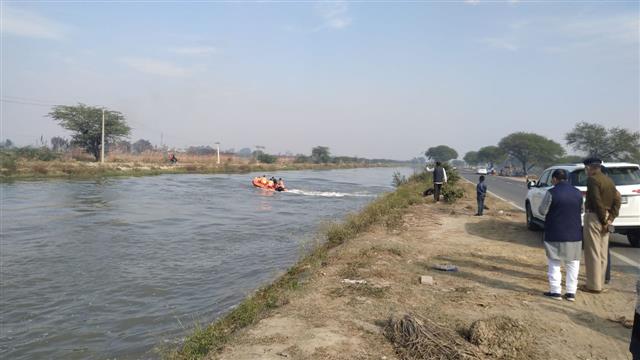 A recent case in Haryana confirms that abetment to suicide is a very dubious section. In many cases, causes of suicide are psychological and societal and should be dealt with accordingly and legal tests should be used before prosecution.

A woman superintendent of police and two other policemen have been booked for abetting suicide of a former corporator of the BJP, in Panipat, Haryana. The unprecedented happening, portending larger implications on the state police, has been described by VN Rai, a former director at the National Police Academy, Hyderabad, who retired from the rank of DGP in Haryana police, as “complete failure of police leadership in the state.” He adds: “To my mind, booking their own district SP by criminalising a lawful act of the police, is not just an act of surrender to political expediency (the person committing suicide was a member of the ruling party) but also a show of professional bankruptcy on the part of police leadership.”

It is very rare that the top officer of a police district is booked in the selfsame jurisdiction of which he or she is in charge. Naturally then, the issue is going to have far-reaching consequences in the police working system and procedures. The Haryana police has booked Panipat Superintendent of Police (SP) Manisha Choudhary and two other officials, Sub-Inspector Baljit Singh and ASI Mahabir Singh, for allegedly abetting the suicide of the former municipal councillor on a complaint given by the deceased Harish Sharma’s daughter. The case has been registered under Sections 306 and 34 of the Indian Penal Code.

Section 306 lays down punishment for compelling someone to commit suicide while Section 34 spells out details about the common intention of all the accused persons in furtherance of an alleged crime.

The deceased Harish Sharma had jumped into a canal after being allegedly harassed by police in connection with a case. Additional Director General of Police, Rohtak, Sandeep Khirwar is reported to be investigating the case further.

Sharma was checked by the police for selling firecrackers at a stall despite the ban, this Diwali. Audaciously enough, as is confirmed by videos that went viral showing the incident, Sharma admitted to the ownership of the banned material and also admitted to its sale at the spot. He not only misbehaved with the policemen, but also allegedly grappled with them and pushed them (as is seen in videos). Later, fearing police action and arrest, he jumped into a canal, and his body was recovered on the third day. His supporters blocked National Highway number 44 after which on the complaint of his daughter, a criminal case was registered against the SP and other policemen. The deceased is alleged to have some cases registered against him in the past, of which half have reportedly been compromised.

Many feel that abetment to suicide is a very dubious Section. Even in the best of circumstances, it is anarchic and does not exist anywhere in the world. The causes of suicide are psychological and societal and should be dealt with accordingly. Naturally then, the police and other enforcement agencies have a difficult job to do to reach the truth in any particular case.

Another view is that action taken in the course of duty should not be criminalised unless a clear mala fide intention is discovered and established. This writer when under a Police Executive Programme in Cambridge University had learnt that in England, and many other countries, the Attorney has the powers not to send a case for trial if there isn’t enough cogent evidence, even in the most heinous crimes. While we in India buckle under political and other pressures to make the noose fit on all, even if prima facie people were found innocent.

A more lucid understanding of “abetment to suicide” should straighten the record. Section 306, which deals with “abetment of suicide”, says: “If any person commits suicide, whoever abets the commission of such suicide, shall be punished with imprisonment of either description for a term which may extend to ten years, and shall also be liable to fine.”

Section 107, which deals with “abetment of a thing”, says: “A person abets the doing of a thing, who—

First, instigates any person to do that thing; or

Thirdly, intentionally aids, by any act or illegal omission, the doing of that thing.”

In Rajesh vs State of Haryana, (Criminal Appeal No. 93 of 2019 (Arising out of SLP (Crl.) No.8667 of 2016), the Supreme Court was of the opinion that “conviction under Section 306 IPC is not sustainable on the allegation of harassment without there being any positive action proximate to the time of occurrence on the part of the accused, which led or compelled the person to commit suicide. In order to bring a case within the purview of Section 306 IPC, there must be a case of suicide and in the commission of the said offence, the person who is said to have abetted the commission of suicide must have played an active role by an act of instigation or by doing certain act to facilitate the commission of suicide. Therefore, the act of abetment by the person charged with the said offence must be proved and established by the prosecution before he could be convicted under Section 306 IPC.”

In this case, the emphasis of the judges was on the aspects of “proximity” of the alleged act and the happenstance of suicide.

In fact, if you go by history, then William Bentinck who brought about much social legislation is believed to be the man behind enactment of Section 107 of abetment (especially, suicides). Giving impetus to his reform ideas, he deliberately chose to put in place an instrumentality of law to check the practice of Sati, prevalent in some parts of the country.

Local customs ensured widowed women were made to sit on the burning pyres of their deceased husbands by force. It is believed that they were administered intoxicants like opium to make them lose their senses.

To discourage people who arranged for opium and other intoxicants and to criminally proceed against them to check the practice of Sati, the preventive penal Section of 107 was initially introduced specifically to abolish the horrible act of widow burning. Later, it became a practice to use Section 107 for any kind of aiding and assisting in the furtherance of a crime. Hence, this Section is always read with the main Section relevant to a crime.

At times, mental condition of the deceased is also an issue in cases of suicides. In another case, Mangat Ram vs State of Haryana, speaking for the Division Bench, Justice KSP Radhakrishnanan had observed that “a woman may attempt to commit suicide due to various reasons, such as depression, financial difficulties, disappointment in love, tired of domestic worries, acute or chronic ailments and so on and need not be due to abetment. The reasoning of the High Court that no prudent man will commit suicide unless abetted to do so by someone else, is a perverse reasoning.”

Harassment is generally attributed to cases of suicide by dowry victims and those suffering marital discord. Even if harassment is proved but there is a reasonable gap between the suicide and the last act of harassment, a case under Section 306 is hardly made out. Similarly, the aspects of immediacy are important to count on. Then comes the most important question of mens rea, or the guilty mind. There has to be a motive for someone to abet and have executed the act of suicide. Instigation, omission and commission too need to be clearly spelt out while processing evidence against the accused.

Like in prevention of corruption cases, usually charted by the vigilance departments, issues of demand, acceptance of bribe, coupled with a capacity to oblige and carry out the task for which the palms are greased are evaluated, in the same way, there needs to be a set of tests to go ahead with the prosecution of cases where suicides take place allegedly after abetment; or for any other reason described above.

If someone is under heavy debt to the banks, one cannot blame abetment of suicide if he commits it, on the recovery persons employed by the bank. It would be silly for someone to blame a judge for his judgment as being a catalyst for someone to take the extreme step.

Before it is too late, the tests in suicide blaming cases need to be put in place to save people from being unnecessarily targeted and harassed where prima facie there may be nothing incriminating on their part.

Another sufferer SP, again of Haryana, whose similar case is still pending trial in a court, says: “It is certainly demoralising and embarrassing when such an incident takes place. However, if your intention is good and conscience is clear, you will get out of it eventually. Our only saviour is our lawful conduct. It requires a lot of grit, emotional stability and family support to come out of it.”