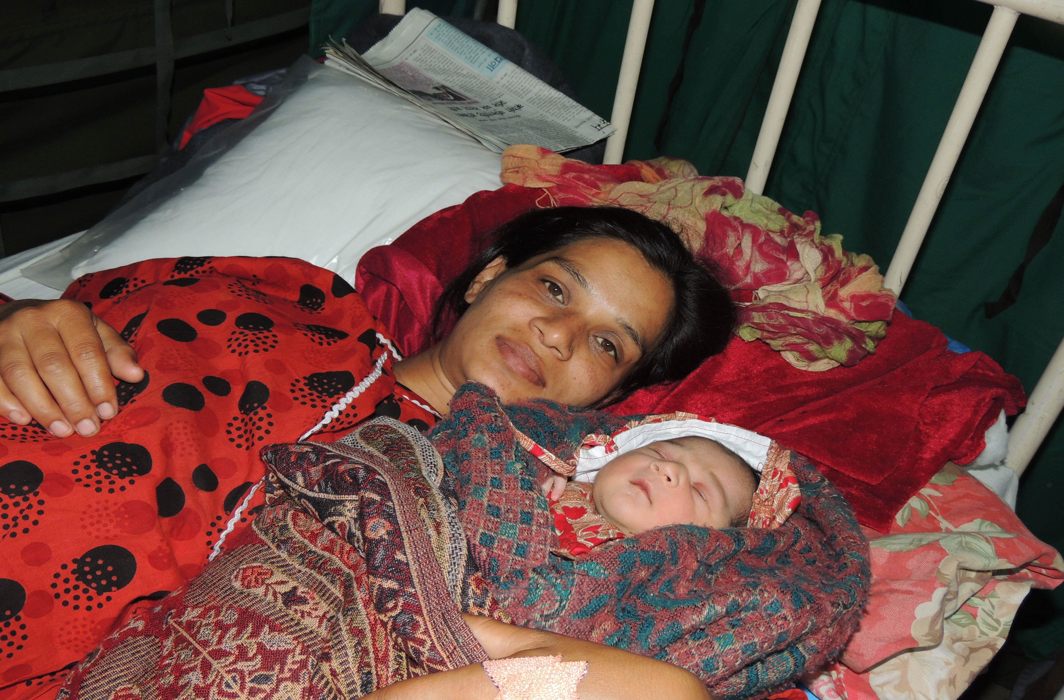 Above: Oxytocin is used to help mothers bond with their babies

From triggering early puberty to boosting milk and vegetable production, oxytocin was being rampantly misused. The government has now banned its sale

The Indian government has banned the import and over-the-counter sale of feel-good hormone oxytocin. This drug is misused in a myriad forms in humans, plants and cattle. It is used illicitly and manufactured clandestinely without proper licence.

In humans, it is used by child traffickers to speed up puberty in girls who are then pushed into prostitution. Sustained intake of oxytocin adversely affects growth hormones, especially in females, because of which girls attain early puberty. While there are questions about whether drinking oxytocin-adulterated milk causes early puberty, there is no concrete proof that oxytocin administered to cattle leads to adulterated milk.

The government has restricted its manufacture and sale to the public to check its growing misuse. On October 22, 2014, the Drug Controller General of India directed all drug controllers that the manufacturers of bulk oxytocin should supply it only to those licensed under the Drugs and Cosmetic Rules, 1945, for manufacture of formulations of the said drug. It also said that formulations meant for veterinary use shall be sold only to veterinary hospitals.

The hormone does, however, have its uses. Medically, it speeds up labour in pregnant women to avoid risks or complications. Synthetic oxytocin administration is the most common and proven method of labour induction in patients with medical indications (Rh problems, maternal diabetes, preeclampsia at or near term, and so on). It helps in stimulation or reinforcement of labour (as in selected cases of uterine inertia) and adjunctive therapy in management of incomplete or inevitable abortion. After delivery, its use is only to produce uterine contractions during the third stage of labour and to control postpartum bleeding or haemorrhage.

However, it is also misused in many ways. In humans, it is used as a “cuddle chemical”—the hormone that helps mothers bond with their babies. It’s known for promoting positive feelings, but according to an article in Current Directions in Psychological Science, a journal of the Association for Psycho-logical Science, oxytocin can promote negative emotions too.

It has also been found in experiments that in social games, people who are given more oxytocin trust their fellow players more. Clinical trials have found that oxytocin can help autistic people, as they have trouble in bonding in social situations. Studies have also found that oxytocin can increase altruism, generosity, and other behaviour patterns that are good for social life. But there are also reports that its use can precipitate anger and aggression.

Its misuse in the cattle industry is rampant. Oxytocin injections to milch cattle for milk letdown have become a common practice among dairy farmers in India. It is widely believed that long-term consumption of such milk leads to adverse health consequences. In cows or buffaloes, the flow of milk is stimulated by the calf’s nuzzling. But as the calf is often killed or separated from the mother, farmers inject the cow with oxytocin to stimulate uterine contractions and allow for easy flow of milk. Oxytocin does not actually increase the amount of milk; it merely makes it flow faster. This causes the equivalent of labour pains in the cow twice a day and destroys her reproductive system prematurely. She grows sterile in four years and is then abandoned or slaughtered.

Maneka Gandhi, during her earlier stint as the women and child development minister, also took up the issue with the health ministry and said that oxytocin was leading to substantial loss of livestock in the country. Not only does this drug make cows barren sooner, it also lessens their life span, causing economic loss to the owner. It is widely used in the dairy industry despite there being a ban on its sale over the counter.

In order to examine the misuse of oxytocin, an inter-ministerial committee was formed by the health ministry. It noted that there was a need for stringent measures for all cases of misuse of oxytocin. The health ministry has now issued an order to regulate and restrict its manufacture, sale and distribution after going through recommendations made by the Drugs Technical Advisory Board, a statutory body under the Drugs and Cosmetics Act, 1940.

The Board recommended that oxytocin formulations for human use be regulated and supplied only to registered hospitals a­nd clinics in the public and private sectors to prevent its misuse. The ban on the import comes into effect immediately, and regulations to manufacture the hormone for domestic use will come into force from July 1, 2018.

Oxytocin is also being misused by farmers in India—to boost the growth of pumpkins and cucumbers. One injection costs just Rs 20 and farmers are resorting to using this drug to increase the size of these vegetables and thereby their weight. The ministry of agriculture wants to ban this practice, which has been prevalent in UP and Punjab, stating that “indiscriminate use of oxytocin may cause health hazards if taken through vegetables over a period of time”. Most oxytocin used by farmers is anyway sourced from illegal sources.

So the hormone needs to be handled with care by all stakeholders.

—The writer is president, Heart Care Foundation of India, and former national president of the Indian Medical Association