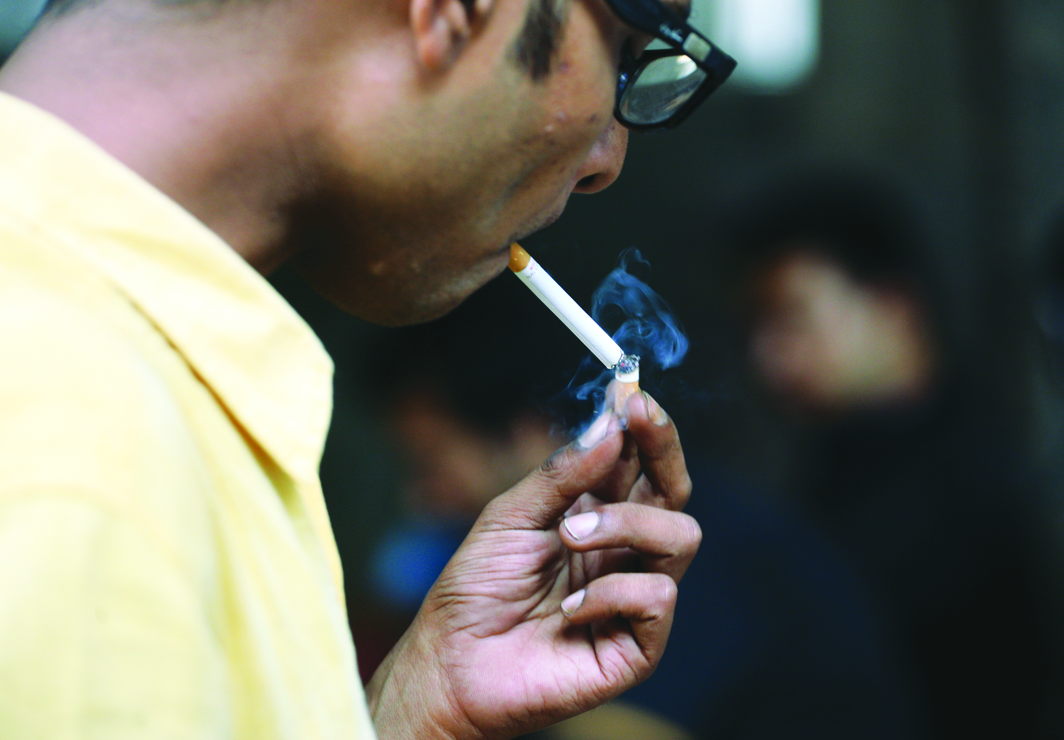 In a reassuring move, the Delhi government has warned of legal action against tobacco companies if they violate laws and advertise at outlets selling their products

We all know how tobacco companies sneak in surrogate advertising as they are not allowed to advertise their products. But Philip Morris International (PMI) Inc., the 160-year-old tobacco giant, pushed its top cigarette brands like Marlboro blatantly. It approached small shops and kiosks selling cigarettes and gave them free attractive boards with its advertisement to adorn the front of their shops and paid shopkeepers around Rs 500 as an incentive to break the law. The tobacco major roped in smart, young executives, mainly girls, to gift cigarette packs to youngsters in bars, discos and at parties.

However, after the Cigarettes and other Tobacco Products Act of 2003, which allowed tobacco companies to advertise in shops, was amended, these ads were prohibited. And in mid-August, the Delhi government’s Directorate General of Health Services shot off a stern warning to Philips Morris threatening legal action if it did not remove advertisements from kiosks and other point of sale outlets. The letter asked the company why appropriate punitive action could not be initiated against it and its directors. The letter was sent when the health ministry realised that the tobacco company was violating India’s tobacco control law by advertising at outlets where it was selling its products. It also sent these notices to two other tobacco companies, Indian Tobacco Company Ltd., and Godfrey Philips.

But this was after a series of earlier warnings which were ignored by these tobacco companies. On March 24 this year, the government had told them to get the ads removed. This was largely ignored. Their stand was that the law only stipulated that the ads should not be outside the outlets and did not mention that these could not be carried within the establishments or shops. Last month, the government shot of another letter reiterating the same, but this too was ignored. An internal document of Philip Morris said that the India market had high potential.

Dr SK Arora, additional director, health, Delhi, and also the state tobacco control officer, told India Legal: “In the last three years, we have been constantly writing to tobacco companies like Philips Morris, Indian Tobacco Company and Godfrey Phillips that their ads on posters and billboards were not allowed as they were violating Section 5 of the Cigarettes and other Tobacco Products Act (COTPA-2003). Our teams used to challan vendors who displayed these ads. But they would again put up the ads after we left as they were paid by the tobacco companies.” 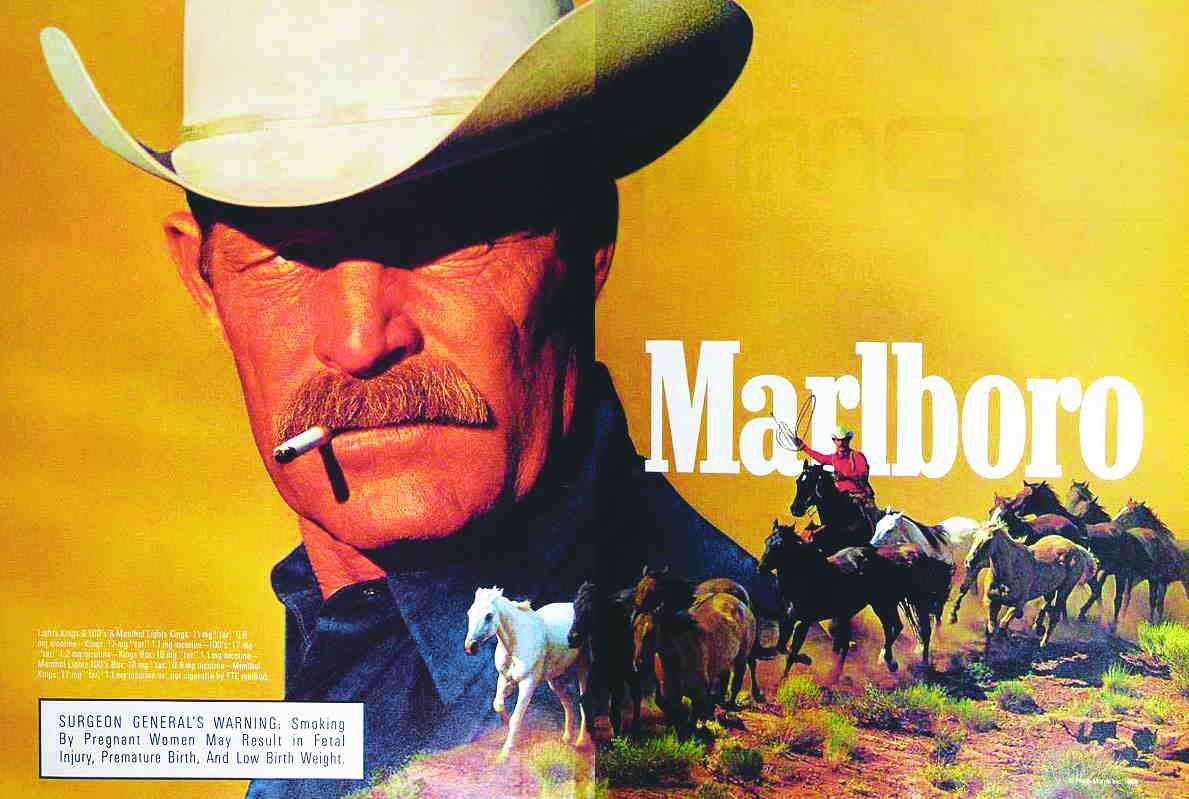 Though the government told the companies that they would be held responsible and legal action could be initiated against them, it made no difference as they said it was not being done by them, but by distributors and vendors. When the Act was amended in 2005, it clearly said that there would be no such ads outside shops.

Arora added: “So the tobacco companies removed the ads outside the shops, but started putting them inside, arguing that the Act did not mention that they should not be within shops or point of sale counters. Recently, the government clarified there should be no such ads both outside and inside. The tobacco companies are now pleading that they be allowed to advertise within the shop or on counters. We have no fight with these companies as long as cigarettes can be sold legally. But they have to sell them within the legal provisions.”

A source from the health ministry said that as far as Delhi was concerned, most of the ads had now been taken off and if they spotted any new ones, legal action would be initiated. Till the Delhi government carries out its threat of cracking down on violators, it is unlikely they will ever comply with the rules.

This is not the first controversy that PMI has faced. In 2010, the tobacco giant admitted to using child labour at its production facility in Kazakhstan. Human Rights Watch documented 72 cases of children used as forced labour.

India alone has some 100 million smokers. Government data says that tobacco use annually kills over 9,00,000 people. WHO estimates that tobacco-related diseases annually cost India $16 billion. Arora warned: “Tobacco is a leading cause of 40 percent of all cancers, 90 percent of oral cancer, 30 percent of tuberculosis, and 20 percent of diseases like heart attack, diabetes and hypertension apart from other respiratory diseases. While we are rapidly developing curative strategies like setting up huge cancer, diabetics and hypertension clinics, we are not doing enough to work on a preventive strategy to ensure that these diseases do not happen.”

The reach and marketing power of tobacco companies is huge. According to a 2002 study in the American Journal of Public Health, the tobacco industry in the 1990s increasingly sponsored entertainment events in bars and nightclubs where it displayed cigarette brand paraphernalia and advertisements.

Globally, anti-tobacco campaigners have accused PMI of breaking an ethical code when it deliberately targeted new young smokers. Often, cigarettes were given free to those who had just entered the legal age to smoke. The company had earlier aggressively run an advertising campaign in about 50 countries, cleverly targeting the young. Internal documents of the company indicated that those between 18 and 24 years had to be zeroed in. Company executives were specifically told that they must never use the word “promotion or advertising” when they were interacting with sellers or potential users.

In 2013, Germany banned promotional images of Marlboro, saying it encouraged children as young as 14 to start smoking. But other countries did not do so despite the fact that seven anti-tobacco organisations in a report charged that Philip Morris was trying to get a new generation hooked to tobacco. The ads of PMI appealed to teenagers as they used attractive models partying, falling in love, travelling, exploring, being cool and even confused. PMI violated its own ethical code which stated that it would not use images and content that would appeal to minors.

Ads of Philip Morris appealed to teenagers as they used attractive models partying, falling in love, travelling, exploring, being cool and even confused .

India enacted the national tobacco control law in 2004 before being one of the first countries to ratify WHO’s Framework Convention on Tobacco Control treaty. It contains a raft of anti-smoking provisions, including tobacco taxes, warning labels on cigarette packs and advertising bans. India, thereafter, strengthened the law in line with the provisions of the treaty. It was ultimately signed by 181 countries.

A group of cigarette distributors challenged the law. But in 2013, the Supreme Court ordered that the law be implemented. It said advertisement of tobacco products would attract the younger generation and innocent minds who were not aware of the grave and adverse consequences of consuming it.

Delhi has acted strongly, but what about other states? The central government is supposed to monitor and supervise implementation of the Act all over India. Had it done that, all states would have cracked down on tobacco companies the way Delhi has done.

The Tobacco Control Programme has the infrastructure and manpower, but lacks commitment to crack down on the tobacco lobby. An anti-tobacco activist said these companies used to set aside a budget to ensure that monitoring officials were well-inclined towards them.

It is time to act before matters go up in smoke.