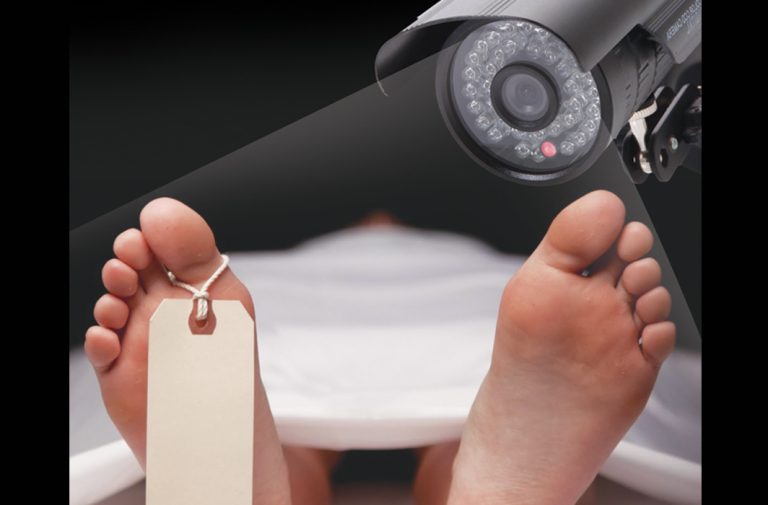 The Delhi government has opposed installation of CCTV cameras inside autopsy halls in mortuaries, stating that it amounts to a violation of constitutional rights of the dead. The statement was part of the minutes of a meeting held by the Delhi chief secretary on March 28 to discuss the proposed action on the Delhi High Court’s directions on management of mortuaries.

This stand opposed the amicus curiae’s recommendation of providing a facility to record post-mortem procedures and install CCTV cameras in all mortuaries to check the practices being followed. The minutes were annexed as part of the affidavit filed before a bench of Justices GS Sistani and Jyoti Singh which was hearing a plea to frame guidelines on the disposal of abandoned bodies and to carry out complete videography and photography of the last rites of unattended bodies.

As per the code of ethics for the Medical Council of India, all health care providers are required to respect and honour the dignity of every person. As per the Indian Medical Association, even after death, a person needs to be treated as a living entity until his body mixes with the five basic elements of nature.

The Right to Life is recognised in Article 3 of the 1948 Universal Declaration of Human Rights and Article 6 of the 1966 International Covenant on Civil and Political Rights. The “right to life” is enshrined in our Constitution in Article 21, which says: “No person shall be deprived of his life or personal liberty except according to the procedure established by law.” The scope of Article 21 has been expanded over the years in various judgments of the Supreme Court by adding the dimensions of the right to health.

Section 297 of the Indian Penal Code punishes anyone trespassing on a burial place or on places of sepulture. It says: “Whoever, with the intention of wounding the feelings of any person, or of insulting the religion of any person, or with the knowledge that the feelings of any person are likely to be wounded, or that the religion of any person is likely to be insulted thereby, commits any trespass in any place of worship or on any place of sepulchre, or any place set apart from the performance of funeral rites or as a depository for the remains of the dead, or offers any indignity to any human corpse, or causes disturbance to any persons assembled for the performance of funeral ceremonies, shall be punished with imprisonment of either description for a term which may extend to one year, or with fine, or with both.”

In the 2018 case of Common Cause vs Union of India, the apex court held that the right to life and liberty, as envisaged under Article 21 of the Constitution, is meaningless unless it encompasses individual dignity. The right to live with dignity also includes the smoothening of the process of dying in case of a terminally ill patient or a person in a persistent vegetative state with no hope of recovery.

Also, organs or tissues of a dead person can be harvested as defined under the Transplantation of Human Organs and Tissues Rules, 2014. For most organs and tissues, the time between death and donation is 12 to 36 hours. However, tissues can be processed and stored for an extended period of time. The maximum time span between recovering organs/tissues and transplantation is as follows for various parts: Lung (4-6 hours); heart (4-6 hours); liver (24 hours); pancreas (24 hours); kidney (48-72 hours); corneas (7-14 days); bone (5 years); skin (3-5 years) and heart valves (5-10 years). A dead body is living as long as organs can be harvested and it deserves to be treated with respect and dignity. Except for the cornea, many organs can be harvested for donation after a person has been declared brain dead. The vital organs of the body such as the heart, lungs, liver, intestine and kidneys can be kept viable for some time if a brain-dead person is kept on a ventilator to maintain oxygenation of organs so that they remain viable till they are harvested. The patient will maintain blood pressure, gastrointestinal functions, urinary functions and reproductive functions. The life force resides in each one of us.

Thus a living person has a right to live with dignity so does a dead body with retrievable organs and tissues. Even with respect to cadaveric dissections, certain protocols have to be maintained. These include:

And the same respect has to be shown while doing medico-legal or pathological autopsies.