154,225FansLike
654,155FollowersFollow
0SubscribersSubscribe
Home Health Give Them a Chance 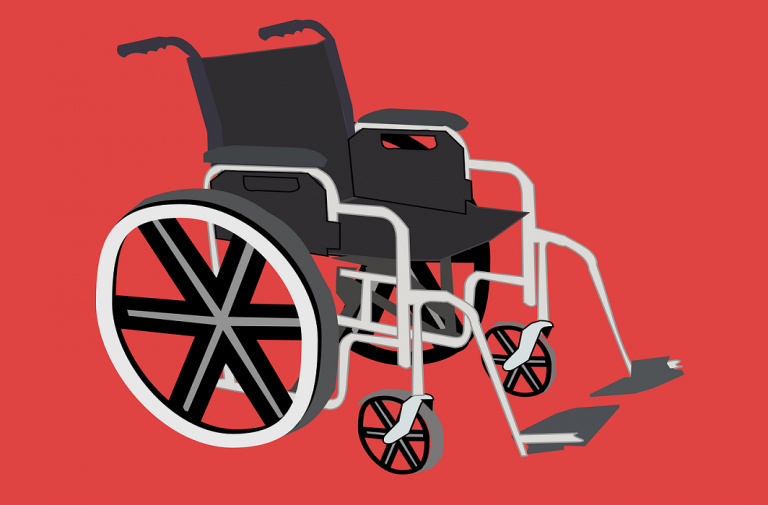 Following a petition in the Delhi High Court, the Medical Council of India has said that those with over 80 percent disability won’t be barred from postgraduate courses

The Medical Council of India (MCI) recently submitted to the Delhi High Court that discriminatory regulations for postgraduate (PG) medical education have been amended and people with over 80 percent disability will no longer be barred outright. They will now be considered on a case-by-case basis and evaluated for functional competency while using assistive devices.

This followed a petition by Anjani Bala, an MBBS doctor from Ranchi with polio, who was denied admission to a PG medical course after she was evaluated at Safdarjung Hospital in Delhi. She graduated from the Indira Gandhi Institute of Medical Sciences in Patna and secured rank 80,506 in the NEET PG, making her eligible for specialisation. She in­terned in all departments. She petitioned the Court, saying that when she had completed her MBBS and done internships and worked in every department, both clinical and non-clinical, why couldn’t she be allowed to do an MD? The exam for MD is on May 5 and the guidelines are yet to be finalised.

In response, the MCI submitted that the regulations had been amended. However, the amended regulations only solve the problems of those with locomotor disability of over 80 percent. For several other categories of disabilities, the problems still persist. For example, those who have had one hand amputated still can’t get admission.

Last year, the Supreme Court in the Muskan Sheikh case asked why the petitioner couldn’t become a doctor as only one hand was amputated. Thereafter, she was granted admission in the MBBS course. But the new regulations require an applicant to have both hands and defy the SC’s observations. Similarly, those with blood disorders such as haemophilia, thalassemia and sickle cell disease were also barred. Those with more than 80 percent of these diseases are not eligible for admission. But when persons with 80 percent locomotor disability—including those using wheelchairs—are not barred, why should persons with other disabilities be?

Disability is calculated by a board specified by the State (in this case, Safdarjung Hospital in Delhi) ba­sed on visual, locomotor, speech and mental impairment and multiple disabilities. Minimum impairment should be 40 percent and the disability certificate is valid for five years for temporary disability and lifelong for permanent disability.

With respect to specific learning disabilities, the MCI guidelines were discriminatory for both UG and PG admissions through NEET. This includes dyslexia, dysgraphia and dyscalculia. But now dysgraphia has been removed from the allowed categories. So why have the other two categories been allowed and not this?

As for international laws, the Americans with Disabilities Act, 1990, prohibits discrimination against qualified job applicants with disabilities. However, only a few disabled students enter the medical profession as they must be able to perform the essential functions of a doctor and each school determines for itself what these criteria are. The US has many practising disabled doctors. A study in the American Journal of Physical Medicine and Rehabilitation based on data from 1996 estimated that just 0.2 percent of medical school graduates have some type of disability. The number of disabled doctors has, of course, grown since the mid-1990s.

In a case in the US, a federal jury ruled in favour of a hearing-impaired former student of Creighton University School of Medicine on September 5, 2013, in Omaha, Nebraska. The verdict from the controversial lawsuit sets a precedent for the rights of disabled medical students and doctors to study and practise medicine in the US. Michael Argenyi was accepted to Creighton University School of Medicine in Omaha in 2008. He informed the school that his hearing was impaired and that he would need interpreters and special equipment to attend lectures and communicate with patients. Argenyi was diagnosed as legally deaf at eight months old, and had similar accommodation of his disability from grade school to his undergraduate years at Seattle University.

In 2009, after Creighton refused to provide Argenyi with “a real-time captioning system for lectures” and a “cued speech” interpreter during clinical training (he offered to pay for them), he left the school and sued it for discriminating against him because he was deaf. One of the reasons the medical school denied Argenyi’s request was because it felt patients “could be more hesitant to share information when someone else was present” and that doctors “needed to focus on the patient (not a third party) to rely on visual clues to make a proper diagnosis”. Argenyi’s attorney reportedly said that a judge will now decide whether Creighton will pay the student more than $1,10,000 as reimbursement for medical equipment he bought.

Prior to its enactment, the law governing the rights of the disabled was scattered across the Constitution and various other Acts. Although these laws aimed at safeguarding the rights of persons with disabilities, they did not specifically provide for equality of opportunity especially in matters relating to employment. The Disabilities Act, 2016, replaced the Disabilities Act, 1995. Under the 2016 Act, all establishments (including the private sector) should have an equal opportunity policy and employers should register the equal opportunity policy with the State Commissioner or Central Commissioner (as applicable).

Most MBBS and PG doctors with disabilities may still be able to contribute significantly in desk and diagnostic jobs and as writers, speakers, medical artists, creators, administrators, etc. So why restrict them?

MCI Ethics Regulations 2.1.2 says: “A medical practitioner having any incapacity detrimental to the patient or which can affect his performance vis-à-vis the patient is not permitted to practice his profession.” This should be interpreted with regulation 8.5 which says: “During the pendency of the complaint, the appropriate Council may restrain the physician from performing the procedure or practice which is under scrutiny.” So such a person should choose a field in which his disability will not harm the patient.

All said and done, a professionally competent doctor with some disabilities should be handled with concern as he can still be of use to society.

— The author is President, Heart Care Foundation of India, and President-elect, Confederation of Medical Association of Asia and Oceania