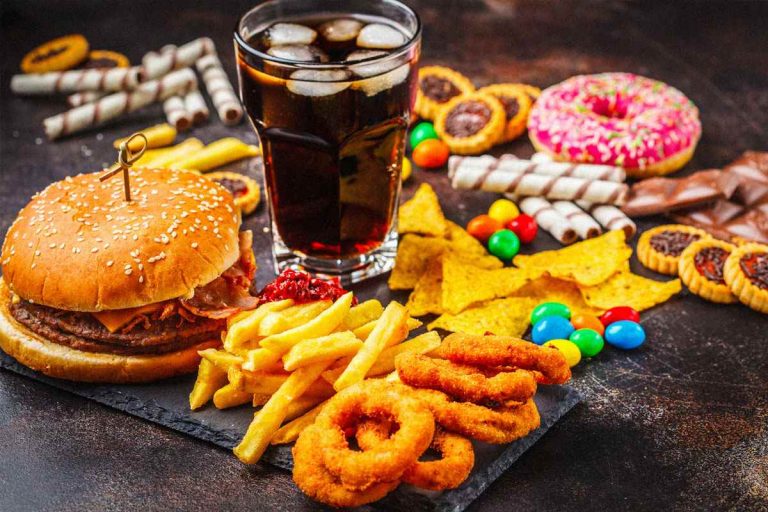 Above:  There has been a rapid increase in the rates of obesity and diabetes due to consumption of junk food in the past 15 years

As nations fight against obesity and diabetes, there is an increasing realisation that regulations can also help as increased taxes on junk food and sugary drinks can bring down their consumption

The fight against sugar is unending and being fought globally. Recently, Singapore, which has some of the highest diabetic rates, came up with the idea to ban ads of some fizzy drinks and juices so that people would decrease their consumption of sugar. Other countries, such as Mexico and Britain, too have cracked down on ads showing high-calorie food and drinks. In India, regulations have been introduced to stem the march of diabetes, with Kerala introducing a fat tax in 2016 to bring down the high rates of obesity.

The rapid escalation of Type 2 diabetes (T2D) and urbanisation in developing countries has forced them to take these stern measures. Ethnic groups like South Asians, other Asians, and Africans develop diabetes a decade earlier and at a lower body mass index than Caucasians. They have prominent abdominal obesity and have greater acceleration from pre-diabetes to diabetes.

In India, there has been a rapid increase in the rates of obesity and diabetes during the past 15 years. Their prevalence has risen from 5.9 percent to 7.3 percent. Preventive actions still remain undeveloped in most developing countries. The quality of care is largely poor and hence, a substantial number of patients do not achieve treatment goals. To counter these challenges, a renewed political commitment and several low-cost innovative approaches need to be undertaken, including training of non-medical allied health professionals, and use of technology and telemedicine to deliver simple health messages for prevention and management of T2D.

The following are some of the contributing factors for the rapid increase in diabetes and obesity in India: consumption of refined grains, high saturated fat intake, increased consumption of sugars and sweetened beverages, low intake of fruits and vegetables, increasing “westernisation” of food habits, lack of physical activity, poor awareness about diabetes and its risk factors, increased rates of obesity in early childhood (increased feeding and excessive intake of food), low healthcare budget of developing countries and more focus on communicable diseases. There are other barriers in tackling diabetes in terms of the organisation of health systems and care, insufficient human resources, poor availability and affordability of medicines and poor support systems (e.g., nutritionists, diabetes educators).

Various low-cost approaches have been suggested to tackle diabetes and other non-communicable diseases in developing countries. These include:

Trans-fatty acids (TFA): The Food Safety and Standards Authority of India (FSSAI) had drafted regulations for TFA limits at 10 percent (by weight) in 2010 and proposed to bring it to five percent in three years. However, it has still not been implemented. Labelling for TFA poses a major challenge in India. Considering the negative effects of TFA on health and the increase in formation of TFA by repeated use of oils, it should be mandatory to carry out laboratory analysis of its content in each batch of fat/oil used for frying. Finally, stringent policies regarding quality of edible fats/oils should be developed for India.

In order to strengthen its fight against transfats and limit their percentage in food products, FSSAI decided to put forth a regulation through an amendment in the Food Safety and Standards (Prohibition and Restriction on Sales) Regulations, 2019. The apex food regulator had issued a draft notification saying that from January 1, 2022, the limit of trans-fats in the food products shall not be more than two percent.

So, it is not just the individual who has to fight obesity and diabetes but governments too in order that they have healthier and more productive work forces.