The main problem is not freedom of discussion for politicians or media bigwigs but the random and wholly unpredictable risk faced by the little guy, should he attract the ire of overzealous officials or bigots. Today, even a Facebook “like” can get you into legal trouble.

We read not long ago that one Devu Chodankar of Goa (apparently a Hindu) was wanted for custodial interrogation about this and possible other Facebook posts: “If Modi is elected as PM this election, Christians will lose their identity in South Goa…There is an imminent holocaust as happened in Gujarat under the garb of cunning of (Goa CM) Parrikar.”

The police, as reported, wanted Chodankar in custody to ascertain his “true intentions” and whether he had deleted more posts. Chodankar has since surfaced, at least in the media, and has reportedly expla-ined that his post was a “knee-jerk reaction” to the induction of Muthalik, of the Sri Ram Sene, into the BJP; he had removed the post as soon as the BJP removed Muthalik.

I hold no brief for the PM or the Goa CM but obviously what Chodankar said, taken literally, was poppycock; as rhetorical hyperbole, it was over the top. But the question is not whether Chodankar was right, or even talking sense: the question is, did he commit a criminal offense?­

As reported, the FIR was registered under Sections 153A and 295A of the Indian Penal Code (“IPC”), Section 125 of the Representation of the People Act (RP Act) and Section 66A of the Information Technology Act (IT Act). The criterion for an FIR is that the information discloses a cognizable offense; stronger grounds are needed to make an arrest. Now it’s far from clear that the facts actually make out any of these offenses, much less a case for custodial interrogation.

To be liable under Section 153A of IPC Chodankar would need to have promoted or attempted to promote “disharmony or feelings of enmity, hatred or ill-will” between people of different religions. But Chodankar merely expressed concern about such hatred and ill-will (as he thought) in a party, and what he feared (howsoever unreasonably) that the government might do to Goan Christians. He wasn’t promoting enmity, hat-red or ill-will between Hindus and Chris-tians, rather the contrary.

As for Section 295A, did Chodankar really try to outrage any religious feelings by insulting anybody’s religion or religious beliefs? He didn’t say a word against either Hinduism or Christianity.

The police seem to have enlisted Section 125 of the RP Act because it criminalizes the promotion of “feelings of enmity or hatred, between different classes of the citizens…” on grounds of religion, race, caste, community or language if it’s done “in connection with an election”. Now precisely the same thing, if done by a candidate, is also a corrupt practise under Section 123(3A) of the same Act, and in both instances the charge must be proved beyond reasonable doubt. In Ebrahim Suleiman Sait vs MC Mohammed and Anr. the Supreme Court found that the following speech to a large gathering had not been proved to be an attempt to promote hatred between different classes of citizens:

Sait said: “…the Society will never forgive the anti-religious league people… these people had helped the Jansangh which had killed many Muslims in Northern India and at Tellicherry and had burnt the sacred mosques. Their people have also been leading the poor Muslims towards the camp of communal reactionaries and therefore Soci-ety can never forgive them…these anti-religious people were by spreading lies and false propaganda blackening the faces of the leaders and giving away the secrets of our society to marxists and the Hindu leaders…”

That, the court held, did not attract Section 123(3A), being directed against certain political parties rather than a religion or community, notwithstanding that “…it cannot be denied that its tone is commu-nal….” Now Chodankar’s post wasn’t even communal in tone, and was merely directed against a political party.

Under Section 66A of the IT Act (inserted by the UPA in 2008) it is an offense (a) to electronically communicate any information that is “grossly offensive or has a menacing character”; or (b) to do so for the “purpose of causing annoyance, inconvenience, danger, obstruction, insult, injury, criminal intimidation, enmity, hatred or ill-will…” But the latter offense is made out only if the electronic communication was persistent and the perpetrator knew the information to be false. There being no legal definition of “grossly offensive” or “menacing character,” the police can interpret these terms as they like; though it isn’t clear why the persons concerned should actually feel grossly offended or menaced (maybe just transiently annoyed if they couldn’t laugh it off). Coming to (b), the police admittedly had nothing to show that Chodankar had done what he did persistently—rather, they wanted him in custody to fish for it. And who can say that, during that “knee-jerk reaction,” Chodankar knew his prediction was false? Could we assume that Mani Shankar Aiyar knew his most famous prediction, that Modi’s best career option was selling tea at Congress jamborees, would turn out to be quite as wildly off the mark?

Anyway, what does one say of a law that can send you to jail for three years for knowingly and persistently purveying false information just to cause “annoyance”? Don’t persist with your April Fool’s Day pranks.

The Supreme Court is seized of a constitutional challenge to these blunderbuss provisions of the IT Act in Shreya Singhal vs Union of India; Mukul Rohatgi, a possible Attorney General, appeared for the petitioner. I haven’t seen the petition, but freedom of expression can be curtailed only by a law that meets the tests of Article 19(2) of the Consti-tution: it must be both a reasonable restriction and “in the interests of the sovereignty and integrity of India, the security of the State, friendly relations with Foreign States, public order, decency or morality, or in relation to contempt of Court, defamation or incitement to offence”.

Section 66A clearly doesn’t pass either test. Besides, it is well-settled that arbitrary authority is inherently discriminatory, violating Article 14 (equality before the law and equal protection of the laws). Section 66A is also discriminatory for violating Article 14 by unreasonably restricting just one means of communication: this matters since social media are about the only way for ordinary people to get their voices heard.

Finally, there could be a case for defamation, but the police can’t initiate that. The law of defamation is less rigorous about comments on public figures than comments about ordinary people. Since Chodankar has removed the posts there’s little possibility of any injunction against him; in a civil suit, therefore, the plaintiffs could probably hope for damages at best; and I don’t see Chodankar actually going to jail for criminal defamation. Anyway it’s hypothetical whe-ther the people defamed would find it worth their while to pursue this matter against poor little Chodankar.

The only thing really unusual about Chodankar’s post is the extravagant terms in which he engaged a very common topic: rival concerns about majoritarianism and “pseudo-secularism” (that remarkable Indian neologism) have long been the stock-in-trade of our political debate.

Now if some familiar political face known for controversial statements (not naming names) were to say such a thing, it would probably be all over the news for our entertainment: we might hope to see five or six people in little boxes screaming to teach other on the small screen under the active supervision of, say, an Arnab Goswami or a Barkha Dutt. If an FIR were to be lodged against such VIP, so much the better for those who make their living off the news (a necessary and useful profession, let me add).

The real problem is not freedom of political discussion for politicians or media pundits and media houses, which they do generally (though not always) have, but the wholly random and unpredictable risk faced by the little guy who ventures a piffling political thought on Facebook, should he attract the notice of some over-zealous police officer—and there will always be officers who think they know which side their bread is buttered. Political organisations, even their lunatic fringes, don’t suffer such suppression and do usually support it outside the charmed circle of people with clout—though they’ll differ loudly about whom to suppress.

But we mustn’t single out the people currently in power: they won’t the first to put down free expression (remember Indira Gandhi). Kapil Sibal, the former law minister, wanted tighter controls on social media, reportedly because of comments on our erstwhile First Family.

It was a Congress government in Maharashtra under whose watch a couple of young girls were arrested for quite harmless comments on the funeral obsequies (is that the word?) of the late Balasaheb Thackeray; and then the Maharashtra police arrested the author of some (admittedly tasteless) political cartoons. The authorities in West Bengal have earned a reputation for hounding uninfluential people who disagree with or make fun of Didi. Those now in power, should they continue to follow such precedents, will be able to fall back on Sir Isaac Newton’s modest disclaimer, that they merely “stood on the shoulders of giants”. 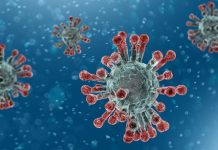 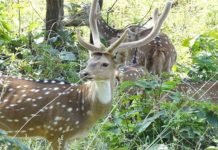 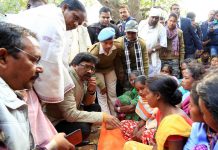