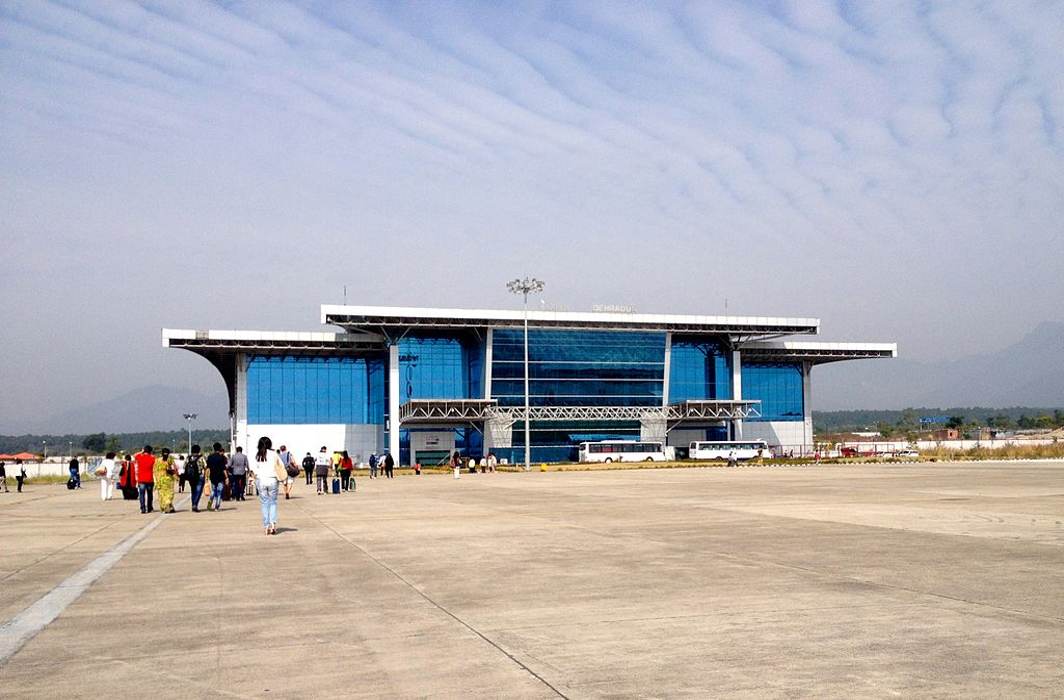 Above: The Jolly Grant Airport in Dehradun/Photo: Wikipedia.org

The government’s request to the IAF to operate Su-30s from the Jolly Grant Airport in Dehradun for two days in February 2018 is seen as an exercise to judge the viability of operating fighter jets with the existing infrastructure. It is clear that India is seriously looking into fighter and logistic support from locations in Uttarakhand to face any future threats

As one studies the various security threats to India, the most serious is from China. Till now, the China border has extended from Ladakh in north India to Arunachal Pradesh in the east. The central sector was considered somewhat safe from attack due to the bulwark of the range of high, snow-covered mountains. This central sector is called Uttarakhand (formerly Uttaranchal), which is made up of two main divisions, namely, Garhwal and Kumaon.

Uttarakhand’s location has very strategic significance for India, as the state shares a border with Tibet in the north, an 80-km porous border with Nepal in the east, and a 350- km border with China. For the past few decades, India has been facing intrusions or diplomatic confrontations emanating from China. One area of dispute is Kalapani near Pithoragarh, the 35-sq-km disputed area between India and Nepal, which is under the control of the Indo-Tibetan Border Police. Above Kalapani, there is no border demarcation till the Chinese border and China has been making belligerent statements that if India can intervene in Doklam in Bhutanese territory, so can China in Kalapani or even Kashmir. This statement was made by a Chinese foreign ministry official, Deputy Director Wang Wenli in 2017.

There have been a number of Chinese helicopter intrusions in Gauchar, in Barahauti in Chamoli district and even intrusion by Chinese border patrols threatening Indian shepherds. Apart from this, the Chinese have increased their fighter aircraft activities in the region and are operating from Tibet-based airfields. The Chinese have been operating their modern fighters, the J-10 and J-11, fleet, and the newly developed stealth-capable J-20. These fighters belong to the Aviation Brigade looking after the military aviation requirements of the Western Theatre Command charged with maintaining aviation security along the 3,500-km Line of Actual Control, including the high-altitude plateau of the Tibetan region.

Keeping this in mind, the Indian government asked the Air Force to operate Su-30s from Jolly Grant Airport in Dehradun for two days in February 2018. This must have been an evaluation exercise regarding the viability of operating fighter jets with the existing infrastructure (Jolly Grant is a civil airport) but there is no doubt that the message was loud and clear—India is seriously looking into fighter and logistic support aircraft operation from various locations in Uttarakhand to face any future threat.

To meet the requirements of the Army and Air Force for the region, there is no doubt that the government will have to launch perhaps one of the largest military development projects till date, as new grounds are laid for runways, helipads, and so on. The infrastructure will have to cater to the requirements of both the Army and Air Force. This will include missile locations, tactical radar and surveillance units, housing and medical infrastructure. The project could well be the Himalayan Theatre Command.

The government is taking the matter very seriously. Home Minister Rajnath Singh in 2017 had called a meeting of five states bordering China, Uttarakhand being one of them. He drew attention to the extremely weak infrastructure development along the border with China. The three districts of Uttarakhand facing China are Uttarkashi, Chamoli and Pithoragarh. China, not surprisingly, considers these three the most vulnerable not only due to poor infrastructure along the border, but also because of large-scale of migration of villagers from these areas towards the plains.

This combination of poor administration and military infrastructure means a very weak second line of defence coupled with a very scarce population. The villages on the border areas have to wait for weeks or even months for basic amenities. The roads and passes, fairly active in the past, are now in a serious state of disrepair. The answer lies in building more defence and military cantonment infrastructure.

If one looks at the history of military infrastructure development in India, it is clear that even in the remotest areas, the introduction of a military cantonment not only fulfilled a military requirement but also brought about considerable socio-economic change. A cantonment is primarily made to create self-sustaining infrastructure designed to meet national security objectives by maintaining, training and housing fighting infrastructure—troops and weapon systems. However, it also brings in economic progress, development of society, jobs for the supporting civil population and construction of a network of roads, railway stations, bridges, small-scale industries, hospitals, schools and colleges, along with a very healthy environmental system as well.

If the Chinese consider Uttarakhand most vulnerable due to lack of military support infrastructure, then development of military cantonments in strategically located regions is the proper response. A look at existing cantonments in Uttarakhand like Dehradun, Pithoragarh, Chakrata, Lansdowne, to name a few, would reveal that these were built by the British keeping in mind their own housing and training requirements of regiments and recruiting centres. The British did not face any direct threat from China, but the results of military infrastructure bringing socio-economic development is evident.

This could benefit the entire Himalayan state. Most important, the migration of the people to the plains in search of livelihoods will come to an end. The youth, as seen in any modern cantonment town, will have all the facilities and opportunities to make a better and progressive life in their home districts and home states. Uttarakhand ranks high in literacy and the rural society is largely made up of those who see a military career as a first choice. One just has to see the Garhwal Regimental Centre in Lansdowne and the Kumaon Regimental Centre in Ranikhet. Both are among the oldest regiments of the Indian Army.

The development in aviation as well as road and rail systems would perpetuate the progress, and there would also be a great boost to tourism through new civil aviation infrastructure and better road connectivity. The Army also has expertise in agriculture and animal husbandry, which will benefit the locals. A military threat could turn into a bonanza of opportunities, provided the vision and political will exist.