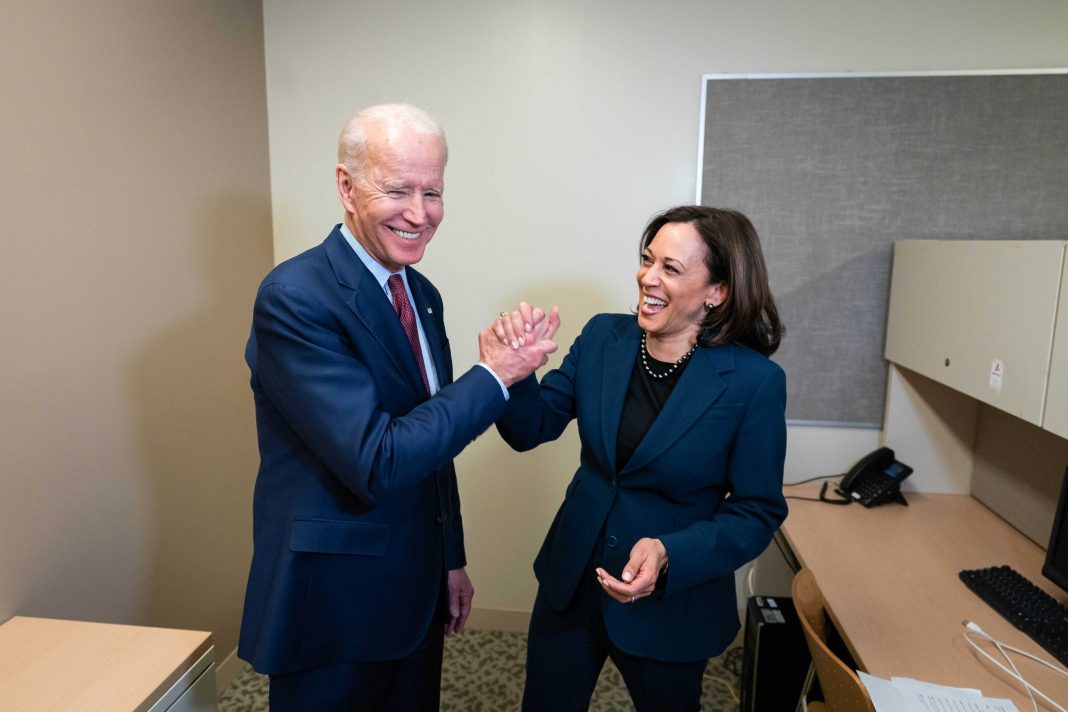 US President elect Joe Biden’s nearly 50 years in public life and a well-formed philosophy on democracy suggest that the two largest democracies in the world are likely to find a comfortable relationship, but not without some disagreements.

BY turning the transition period into an opposition zone American President Donald Trump has created a message for two distinct groups:

Useful agitprop regardless of the Republican presidential pick in the 2024 election.

American political tradition has been that the presidential transition is cooperative no matter the animosity demonstrated in the campaign. However, Trump promised to be a disrupter and in that he has shown unwavering consistency. His “distaste for American governmental traditions” has been evident since Twitter started. As the world adopted social networking via the internet, it has proved a fertile garden of semi-truths that can range from half-truths to outright falsifications.

In contrast, the Biden team continues to offer measured statements as they began to sketch out their transition plan and prepare to lead. The president elect unveiled a 13-person coronavirus task force while continuing to urge Americans to wear masks and seeking to temper expectations about a coronavirus vaccine that has shown positive early results. Various statements suggest that on issues such as international trade, immigration and HIB visas for foreign workers, the Trump approach will be rejected. Some negative policies under former President Barack Obama will be modified, if not eliminated. Regarding India, Biden is likely to raise the issues of human rights, Kashmir and the environment in a way that does not jeopardise the ever closer ties as the US and India confront a more aggressive China.
Read US package
The authoritarian reflex: Donald Trump’s fight to the finish shows strongmen are still much loved
US Electoral College system: Antiquated and unnecessary
Died to Vote: Fierce Voter Wars & the Presidential Poll

The vice-president’s position in American politics has been likened to a life jacket on a cruise ship. Use in case of emergency! If Mike Pence seemed like a mirror perfect political reflection of President Trump (not for personal behaviour), it is useful to remember that as vice-president Biden was very involved in policy and governance serving with President Obama.

A similar role has been promised for Senator Kamala Devi Harris. The daughter of a Tamil woman who studied medicine in California, she grew up there and in Montreal, Canada. She is the embodiment of “political firsts”— female, Asian, Indian, and is automatically the president-in-waiting for 2024. She is the child of immigrants a Jamaican father, an Indian mother—and is married to a white Jewish husband.

She has more facets than most American politicians. As a lawyer and prosecutor from the hard edged politics of California, she has the experience for an expanded role in this period of government.

Biden’s nearly 50 years in public life and a well-formed philosophy on democracy, suggest that the two largest democracies in the world are likely to find a comfortable relationship, especially since the vice president elect Harris is both proud and knowledgeable regarding her Indian heritage. For sure, she knows the difference between the states of Bihar and Kerala, understands spoken Hindi and Tamil, and can enjoy a masala dosa for breakfast.

The US and India have a variety of defense and trade agreements, some of it obscured recently by the apparent gregarious relationship between Trump and Prime Minister Narenda Modi. Trump was murmuring “namaste” on his visit to India while Modi greeted a big audience in Texas with “howdy.”  They interpret populism as being close to nationalism with both accused of discriminating against the minorities.

Trump  joined Modi in February at an Ahmedabad rally of 100,000 people. During Trump’s visit, deadly clashes broke out in New Delhi between the Hindus and the Muslims related to the controversial citizenship law. They’ve had each other’s backs. While Trump spoke of US-India friendship and Modi’s leadership, he avoided the new law, which critics say discriminates against the Muslims. Later asked why he did not say anything publicly, Trump said: “We did talk about religious freedom. And I will say that the prime minister was incredible on what he told me. He wants people to have religious freedom.”

They announced  plans to work together on counternarcotics and mental health. India is to purchase $3 billion in US military equipment, and US-based oil company ExxonMobil worked a deal with state-owned Indian Oil Corporation. Despite years of negotiations aimed at resolving trade and tariff issues, no agreement was reached in that space. This is most likely to change under a new administration with a more mature grasp of global trade and interdependence.

The idea that this change in leadership can reunite a polarised nation is more than complex. It is perhaps impossible. One must recognise that it was never together. In the depths of the Great Depression, the Republican president running for re-election against Franklin Roosevelt still managed to get nearly 40 percent of the vote. Winning the Second World War bolstered the American notion of one nation but a decade later much of that sensation had dissipated although the Republicans insisted on adding “under God” to the pledge of allegiance.

When President elect Biden announced his Covid-19 task force, it was no surprise that it contained doctors and health experts, signalling his understanding that a science based approach is needed. There are three co-chairs, including Dr Vivek H Murthy, the surgeon general during the Obama administration, and the son of Indian immigrants to the US. Joining him are David Kessler, Food and Drug Administration commissioner under Presidents George HW Bush and Bill Clinton; and Marcella Nunez Smith, associate dean for health equity research at the Yale School of Medicine. Biden has been listening to Murthy and Kessler for months.

When it was Obama-Biden in 2008, they inherited a global economic crisis. Flash forward 12 years and this time, Biden faces the worst crisis since the Great Depression of the 1930s. The Trump administration has not put forward national plans for testing, contact tracing and resolving shortages in personal protective equipment that hospitals and healthcare facilities are experiencing again as the nation enters its third surge of the coronavirus.

President Trump’s refusal to concede the election and commit to a peaceful transition of power comes while the US is recording more than 100,000 new coronavirus cases a day and, on many days, more than 1,000 deaths, a toll expected to worsen during the crucial 10-week stretch of the transition.

Task force members will work with state and local officials to craft public health and economic policies to address the virus and racial and ethnic disparities, while also working to reopen schools and businesses, the transition team said in a news release. While the makeup of the task force garnered widespread praise, Peter Hotez, dean of the National School of Tropical Medicine at Baylor College of Medicine, said the group needs more geographic diversity, too much east and west coast people as announced.

Biden plans to call Republican and Democratic governors to ask for their help in developing a consistent message from federal and state leaders. “We cannot repair the economy, restore our vitality or relish life’s most precious moments—hugging a grandchild, birthdays, weddings, graduations, all the moments that matter most to us until we get this virus under control,” Biden said. “That plan will be built on a bedrock of science. It will be constructed out of compassion, empathy and concern. I will spare no effort—or commitment—to turn this pandemic around.” Biden’s plans include dramatically expanding testing and building a US public health jobs corps to have 100,000 Americans conducting contact tracing. It also includes ramping up production of personal protective equipment and implementing a vaccine distribution plan.

While pandemic realities are so clearly delineated, the probability of navigating a Republican controlled Senate is doubtful. Senate Majority Leader Mitch McConnell hints that a new coronavirus relief plan is possible during Congress’s lame-duck session, which is now until January 3, when the new members are sworn in. However, given McConnell’s support for Trump’s opposition to a smooth transition this is actually unlikely. There is also a December 11 government funding deadline, two days before the Electoral College meets to confirm the presidency for what should be a formality but might not be.

Despite the aggregate popular vote giving Biden a 4.5 million-vote edge, the US Constitution created the Electoral College to balance the popular will by converting it to states won or lost. Senate nomination delays have become weaponised in the last decade. For example, Dr Murthy’s appointment as surgeon general came in 2014 after Republicans had stalled it for a year because of his view that gun violence is a public health issue. He lasted just three months into the Trump administration, before being replaced in the middle of his four-year term.

In 2016, he wrote a landmark report on drug and alcohol addiction, which put that condition alongside smoking, AIDS and other public health crises that previous surgeons general addressed. The report called the addiction epidemic “a moral test for America.” Murthy’s office sent millions of letters to doctors asking for their help to combat the opioid crisis. He earned medical and MBA degrees at Yale before joining the faculty at Harvard Medical School, where his research focused on vaccine development and the participation of women and minorities in clinical trials. After leaving his post as surgeon general, he wrote a book on loneliness and social isolation, including their implications for health that grew out of his conversations with people in clinical practice and as surgeon general.

Four years ago, India Legal’s cover story on Trump’s election suggested it was the start of the “Second American Revolution”. Now, as America enters the falsely contested transition period, we will find out if Biden is the “vaccine” that saves democracy.