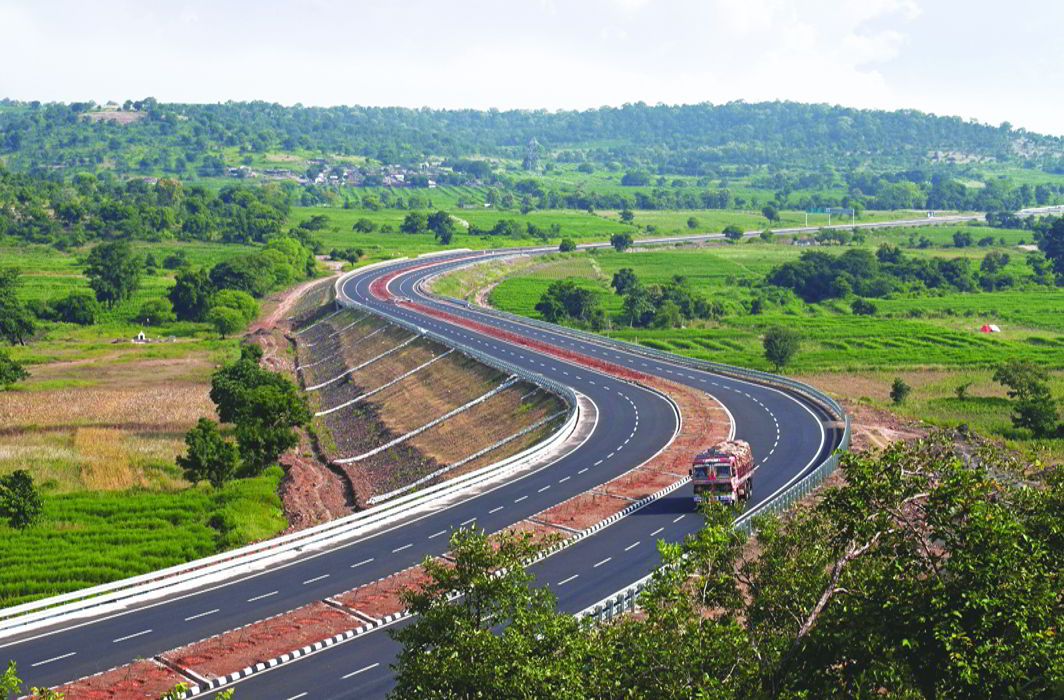 Above: A national highway in Maharashtra built under the PPP model during its heyday. Photo: mangalgiri.in

This strategy was once seen as a panacea for all ills, especially the roads and highways sector. But bad planning has seen it dying a slow death and the centre needs to urgently revive it

The beginning of the new millennium saw public private partnerships or PPPs being used increasingly to deliver infrastructure projects. To a country long accustomed to accepting potholed roads, choked drains, public buildings with leaky ceilings and other such infrastructure-related tribulations as manifestations of fate and karma, PPPs came and breathed fresh life into India’s infrastructure. This was particularly so for roads and highways, much like Lord Ram had redeemed the cursed Ahilya from lifeless rock to sensuous beauty.

The infrastructure sector started buzzing with the PPP mantra as it came to be regarded as the panacea for all ills. The roads and highways sector became the leader in the PPP revolution primarily because of the early positioning of the National Highways Authority of India (NHAI) as an empowered authority to administer the development of projects. This was distinct from the erstwhile PWD model practised in the country, and also because of the standardisation of PPP bid documents for this sector before other sectors. Even now, over 55 percent of all PPP projects are in the roads and highways sector.

However, this early success did not last long and by the end of the first decade of the new millennium, PPPs in the highways sector started stuttering and almost ground to a halt by the time NDA II came to power. The PPP field today is strewn with abandoned or stalled projects and there are no takers for fresh bids on BOT (Build Operate Transfer) basis. The government has been trying to revive interest in the sector by transferring new projects to the EPC (Engineering, Procurement and Construction) model and by introducing the hybrid annuity model of bidding. However, while the EPC model is 100 percent state funding, the hybrid annuity model also increases the share of state funding dramatically. This would be fine if the country could fund all public projects from the exchequer but we know better. Nitin Gadkari, the Union transport minister, recently admitted that though new projects were being bid for under the EPC and hybrid annuity modes, PPP remains the ideal model.

The moot question to be answered is—how to revive interest in PPP and bring it back from the dead? This needs a drastic change in the old mindset and unless that happens, the private sector will be chary of investing in PPP projects. The way policymakers ignored the existence of an elephant in their midst for the last five years has been shocking. Though one can cite a long list of ills, I will address only three sets of reasons for the current state of affairs.

One—the early projects were successful because they were smaller and, therefore, achievable.  As new players, lured by good returns and the comfortable cash position of NHAI, rushed in, bidding became intense and developers started quoting unrealistically low bids to corner projects and expand their order  book size. They ignored the fact that project sizes and construction costs were escalating, dramatically increasing total project costs and the size of equity and debt required for their order books. When the international economy nose-dived in 2007 and the domestic economy, too, started going downhill (though more due to self-created reasons than because of international factors), managing equity and debt both became impossible, crisis set in and projects became stressed. 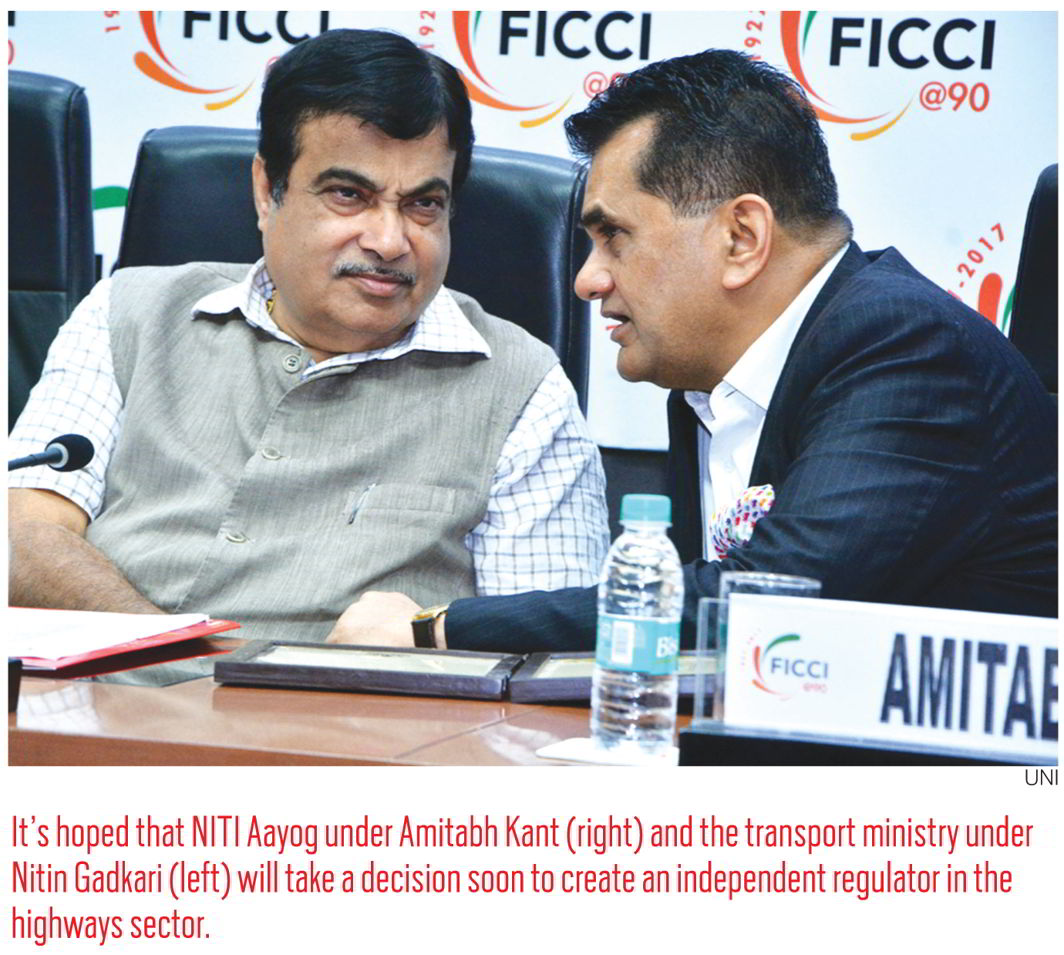 Hence, to keep user charges down and yet make the project viable and attractive to the bidder, the government offers bridge finance as grant to the bidder, known as viability gap funding or VGF, which becomes the bidding parameter in a BOT project. Now, when the developers started quoting low, they didn’t just stop with quoting lower (but positive) VGF but started quoting negative VGF, that is, a grant or premium payable to the government instead of receiving one from it. The government was overjoyed. Instead of being made to part with funds to bridge the viability gap, it was receiving premium, boosting its coffers. It egged on bidders who now quoted higher and higher premiums. Little did the government realise that it was killing the very model of delivery it had created to fund public projects.

A negative grant or premium is the direct antithesis of the viability gap model. If a government itself calculates that a project will be viable only with VGF, then how can it accept a premium without negating the very premise on which the project was predicated? It did not take long for the chickens to come home to roost and those who had quoted outlandish premiums found themselves defaulting on payment as they realised that their project had become unviable. A classic case of “viability gap funding” turning into “reverse funding leading to non-viability”! The present establishment, led by Gadkari, did well to address this problem by restructuring the premium payable by the developers. However, the policymakers need to take a fresh and holistic look at the concept and execution of VGF/premium or negative grant.

Two—the defining element of PPPs is risk-sharing between the developer and the government. This also explains the third “P” in PPP, which stands for “partnership”.  However, the way most highway PPP projects have been administered makes a mockery of the concepts of risk-sharing and partnership. It is acceptable that there could be genuine problems in land acquisition, removal of utilities and getting environmental clearances but what is not acceptable is that while the developer gets penalised for not achieving milestones, the public authority gets away scot-free for not even fulfilling the “conditions precedent” to the contract. What kind of risk- sharing is this? Actually, this is an attitudinal problem. The Indian establishment is so deeply rooted in the mai-baap culture that it cannot bring itself to accept that it is a “partner” in a PPP project. Its arrogance compels it to treat the project as a favour granted to a subject (the developer), risk-sharing and partnership be damned! If there is one operational reason which antagonised investors, it is this.

The problem has been compounded because of the crisis in public sector banks on account of huge NPAs. Stung by the adverse selection made by them earlier, they are now not prepared to fund even good and viable projects. However, policymakers need to understand that investors abandoned this sector not only because of a difficult economic scenario but also because of unfair treatment bordering on hostility.

Three years have already passed since the new government took over and though some good steps have been taken to revive the sector, there are hardly any indications that any soul-searching to understand the real reasons behind the demise of PPP has been attempted. Road-building activity on the ground is minuscule as compared to the infrastructural aspirations of a country of India’s size. And though the government claims that it is constructing 20 km of highways every day, even that is not enough if we have to do serious catching up with China. Breathing fresh life into a comatose PPP model will continue to remain a distant dream till a concerted effort is made to fix the policy loopholes and to change the attitude towards investors as partners.