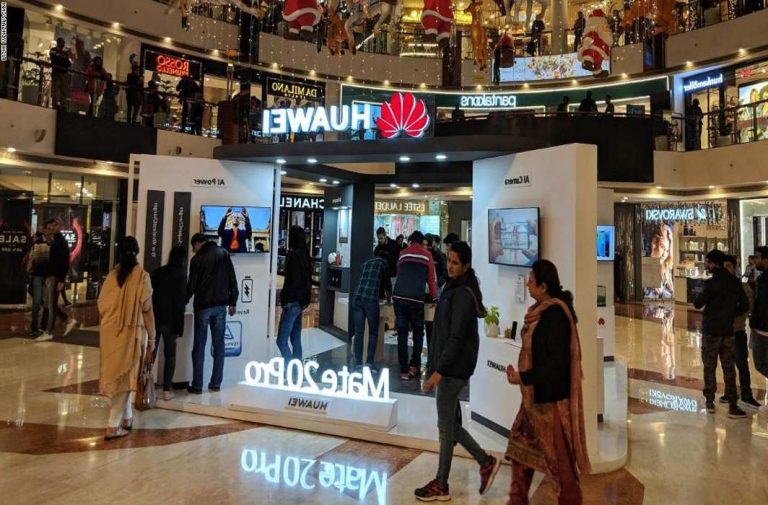 While Huawei products—mainly smartphones and tablets—are available in India, it is not as well known as its fellow Chinese telecom players. Today, thanks to Donald Trump, it is making global headlines, albeit for all the wrong reasons. In 2018, the United States passed a bill that barred the federal government from doing business with Huawei due to security concerns, mainly allegations of espionage over Chinese 5G services. Here’s the rub: In 2010, 80 percent of the world’s top 50 telecom companies had worked with Huawei. It is considered a global leader in telecom with a range of products including mobile phones, tablets, wearables, broadband devices and home devices. Huawei is the second largest supplier of telecom equipment after Ericsson of Sweden.  Last year, Huawei vice-chairwoman and CFO Meng Wanzhou, daughter of company founder Ren Zhengfei, was arrested in Canada at the request of US authorities. Wanzhou was charged with “conspiracy to defraud multiple international institutions”, according to the warrant. Use of Huawei’s equipment for 5G technology upgrade of India’s telecom networks is seen as less of a cyber security threat in India and attractive in terms of its lower prices and technological advancement but the US is putting pressure on India and the Modi government seems to be having second thoughts on allowing Huawei’s 5G network into India. The problem is that Chinese telecom companies dominate the smartphone market in India because of price and quality of service but 5G is another matter—it will introduce intelligent hardware that will affect electricity grids, transport, healthcare, defence networks and basic infrastructure. It will basically be essential to governance and the smart city model. How India treats Huawei will be a test case for other countries facing US pressure.

Constant traffic jams and skyrocketing rents in big Latin American cities have created a new, profitable business opportunity for building contractors: tiny apartments in central areas, some as small as 10 sq m— roughly the size of an individual parking space. This trend toward tiny living spaces is visible in São Paolo, Buenos Aires, Bogota and Mexico City. Some architects are already comparing the tiny apartments to prison cells. Others, however, see them as a highly profitable solution to an urban problem that will only worsen. Advocates of the new trend argue that it’s a natural offshoot of the gig economy, where young people work independently, have children later in life and gravitate to co-working spaces. Architects are now designing buildings that combine micro-apartments and large common areas, in which residents can hang out when they want to socialise. The trend was originally started in cities such as Tokyo, known for high rents, where micro-apartments that measure 8 sq m are fairly common. In Latin America, rising prices and an aspiring middle class have paved the way for the micro-apartment phenomenon coupled with changing living and working conditions due to the gig economy.

Dubai’s ruler Sheikh Mohammed Al Maktoum has a problem with women in his family. One of his daughters ran away on a friend’s yacht and, on Dubai’s request, she was intercepted by the Indian Coast Guard in Indian territorial waters and returned to her father. Now, we have Princess Haya Bint al-Hussein, one of his wives who was a social jet setter, who has also left her husband along with their two children, and is said to be hiding in an £85 million house in Kensington Palace Gardens and preparing for a legal battle in the UK High Court. She is a familiar face at horse racing venues like Royal Ascot and is close to the British monarchy. The Oxford-educated princess had a career as a full-time professional equestrian athlete and represented Jordan in the 2000 Olympics. Her husband, who will not like his name dragged through the British courts, is reportedly trying for reconciliation but Princess Haya is an international celebrity and a royal in her own right—her father was King Hussein of Jordan and the current ruler of Jordan, King Abdullah II, is her half-brother. Reports in the British press say she is “in fear for her life” and is looking to the British legal system to offer her protection. Reports claim that Princess Haya suffered physical abuse from her husband and decided she could not take it anymore. The Dubai ruler has six wives; Princess Haya is his sixth and “junior” wife. He is also founder and owner of Godolphin horse racing stables. The couple was seen together at racing events and it seemed like an Arabian Nights fairy tale, one that is fast becoming a nightmare.