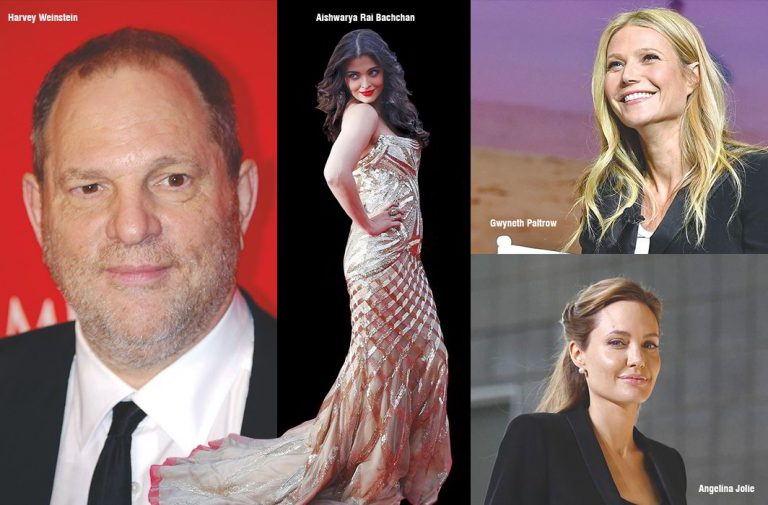 Given his pugnacious manner and appearance, Harvey Weinstein, the powerful Hollywood producer, was always more feared than loved in Hollywood. Fear has turned to loathing over allegations of his predatory sexual behaviour with beautiful starlets and famous actresses. He’s been dismissed from his eponymous company and expelled from the Directors Guild in Hollywood, among other lost responsibilities and credibility. Authorities in various cities are exploring criminal charges.

His reputation and business crash can be compared to the suddenness of a plane hitting a mountain in the middle of the night. Often, the post-accident probe reveals people didn’t talk about faults they knew existed with the aircraft. In this case, people he assaulted and those who enabled or knew about his behaviour, kept quiet, believing in Weinstein’s ability to make or break careers in the entertainment industry.

He has dozens of credits as producer or executive producer in more than 30 years in the movie business, including the Academy Award-winning Shakespeare in Love and Tony Award theatricals for The Producers and Billy Elliot The Musical. Many hits, popular globally, carried his name as executive producer, meaning he rounded up the movie’s financing and put his reputation behind the script and cast.

Is it remarkable that Weinstein’s crash for behaviour is comparable to Donald Trump? The then presidential candidate said about assaulting women (videotape Access Hollywood): “If you’re powerful, they let you do it.” Trump denied the sexual harassment claims of nearly a dozen women but was elected president.

This exemplifies the double standards that seem to define 21st century America. Double standards go back centuries; the rich and powerful think they are entitled to have things work in their favour. Today, when people consider contradictory information, they only agree with what they like. Many of us call this delusional or “an alternative reality”. President Trump calls it “fake news”.

“While dealing with Harvey, I found it comical how hard he tried to get Aishwarya alone… He asked me to leave the meeting numerous times and I politely declined.”

Allegations about Trump came from women who were not famous, so they could be ignored as delusional women. Weinstein’s accusers are famous in their own right and believed credible. Gwyneth Paltrow and Angelina Jolie are among more than 30 women who have gone public. British actress Emma Thompson said: “I don’t think you can describe him as a sex addict, he’s a predator. That’s different. He’s at the top of, as it were the ladder of, a system of harassment and belittlement and bullying and interference. This has been part of our world, women’s world, since time immemorial. Several men who are stars and players in Hollywood, such as Quentin Tarantino, have admitted they knew that Harvey preyed on female actors.”

A former agent for Aishwarya Rai Bachchan recently explained how she kept Weinstein away from the Indian star. Priyanka Chopra, who has successfully transitioned from Bollywood to Hollywood, said: “There is not just ‘a Harvey Weinstein’ in Hollywood, there are many. It happens everywhere. It is not about sex, it is about power.”

Young Academy Award-winning actress Lupita Nyong’o, from Kenya, wrote in The New York Times: “I had shelved my experience with Harvey far in the recesses of my mind, joining in the conspiracy of silence that has allowed this predator to prowl for so many years. I had felt very much alone when these things happened, and I had blamed myself for a lot of it, quite like many of the other women who have shared their stories.”

Editorial enforcement of a double standard for male behaviour was possible in the old general media, but not today when …anything which sells can find an audience.

From a historical perspective, Bollywood producers and stars, starting with Raj Kapoor, Dev Anand and GP Sippy too had their dalliances with top stars and unknown starlets. How do we know that Hugh Hefner’s Bunnies succumbed not to consensual sex but to power? In sports, in music and many fields, we have numerous examples of bad male behaviour such as from Tiger Woods and Mick Jagger.

What has changed since the whispers about President John F Kennedy’s proclivity for a quick bonk with anyone who caught his eye? None of that ever ended up in mainstream print media or on television programmes. However, Gloria Steinem, Betty Friedan, and Susan Brownmiller wrote about sex as an instrument of male power, opening up a discussion that is on-going.

Editorial enforcement of a double standard for male behaviour was possible in the old general media, but not today when there are many choices for information and so many writers that anything which sells can find an audience. British tabloids realised a century ago that sex sells and it remains true today.

Political beliefs are reflected in perceptions of reality. According to a HuffPost/YouGov poll, the vast majority of Clinton voters, 74 percent, and Trump voters, 66 percent, think that Weinstein’s accusers are credible. When asked about similar accusations against the president, 8 percent of Trump voters agree on credibility of the accusations.

Bollywood producers and stars, starting with Raj Kapoor, Dev Anand and GP Sippy too had their dalliances with top stars and unknown starlets.

A 51 percent majority of Trump voters say outright that they don’t think the accusations against the president are credible. Weinstein has been a substantial donor to liberal causes and politics. There is a form of “buyer’s remorse”, of second-guessing how society, and the media especially, gave Trump a “pass” on his behaviour and all the allegations about his misogynistic tendencies toward women. This remorse has energised people, pushing the news media to dig deeper, to be more considerate of the difference between verifiable truth and lies or misrepresentations.

Despite puritanical leanings, when it comes to sex and sin in the public sphere, conservatives in America are now willing to combine revulsion with beliefs they worship. The Weinstein-Trump moral is that misogynistic behaviour toward women is not always a career-ending proposition. Anyone can still grow up to be president.