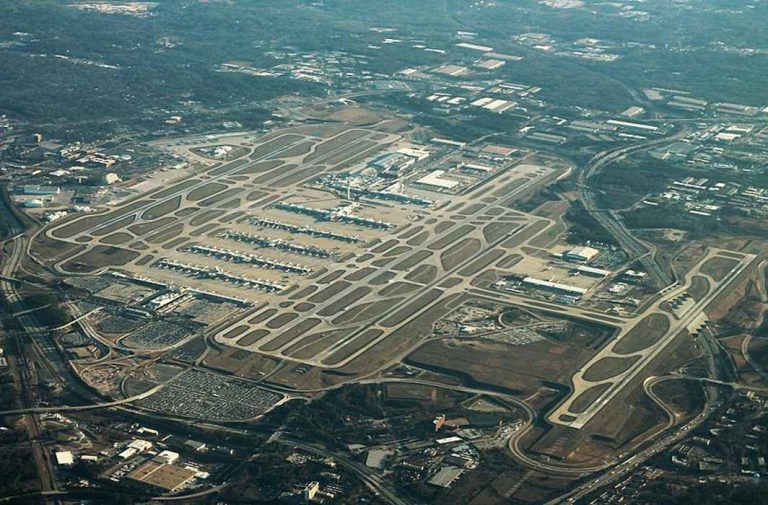 For 20 years, Hartsfield-Jackson Atlanta International Airport has been ranked number one amongst the busiest airports in the world. Last week, it took that record to 21 in a row with the release of the Airports Council International’s world traffic report. The airport had to constantly upgrade services to meet passenger traffic which crossed 107 million in the latest survey. It recorded a 3.3 per cent increase in passenger traffic. Globally, passenger traffic increased to 8.8 billion last year, a 6.4 per cent increase.

What makes Atlanta airport attract such huge passenger volumes? The answer is location—it serves as a major connecting hub and port of entry into North America, being within a two-hour flight to 80 per cent of the US.

Gouarec is a picturesque village in the Côtes-d’Armor area of Brittany in northwestern France. What makes it stand out is that over a quarter of its population are British expatriates who have made Gouarec their home. Now, they face an uncertain future with the prospect of a no-deal Brexit.

A no-deal Brexit would mean that the UK would leave the single market and customs union which eliminates checks and tariffs between the European Union (EU) countries. For British expatriates anywhere in the EU, this will render European Health Insurance Cards invalid, ending their access to healthcare in France. It would also mean that their residence status as members of the EU will no longer hold and moving across borders, seamless till now, would require visas or permanent residence permits. Costs will also go up since mobile phone roaming charges will become applicable.

Many British residents of the village are contacting suppliers in Ireland, fearing barriers and taxes to getting their favourite foods and groceries since the border between Britain and France will go live if Boris Johnson goes ahead with his threat to leave the EU even if there is no agreement.

The immediate fear is no access to the French healthcare system for retired expatriates. Some are even contemplating a return to Britain, leaving behind their idyllic lifestyles.

It was one of the most horrific posts on Facebook. A self-professed white supremacist had used a head-mounted camera last March to broadcast live footage on the popular social media site of his attack on two mosques in Christchurch, New Zealand. The footage was broadcast for 17 minutes—and remained online for a further 12 minutes—before Facebook was alerted by a user and took it down. By then, millions of Facebook users had uploaded and shared the video which continued to spread for days. Facebook defended its track record but conceded that “bad actors will continue to try to get around our systems”.

Now, Facebook is trying to put its house in order. It has teamed up with the London police as part of an effort to try and prevent live-streams of such attacks. The collaboration intends to use a dedicated software to spot and filter violent imagery in real time.

Facebook is also working with law enforcement officials in the US to use camera footage of previous terror attacks and anti-terrorist training programmes as data which will be used to upgrade its technology to react to Christchurch-type attacks. New Zealand’s Prime Minister Jacinda Ardern and other world leaders have launched a “Christchurch Call to Action” against online extremism—a campaign major platforms like Facebook and YouTube have joined.

Facebook’s new software is intended to define and prevent live footage of attempts at violence. The new technology, says Britain’s Special Operations Assistant Commissioner, Neil Basu, will “significantly help prevent the glorification of such acts and the promotion of the toxic ideologies that drive them”.