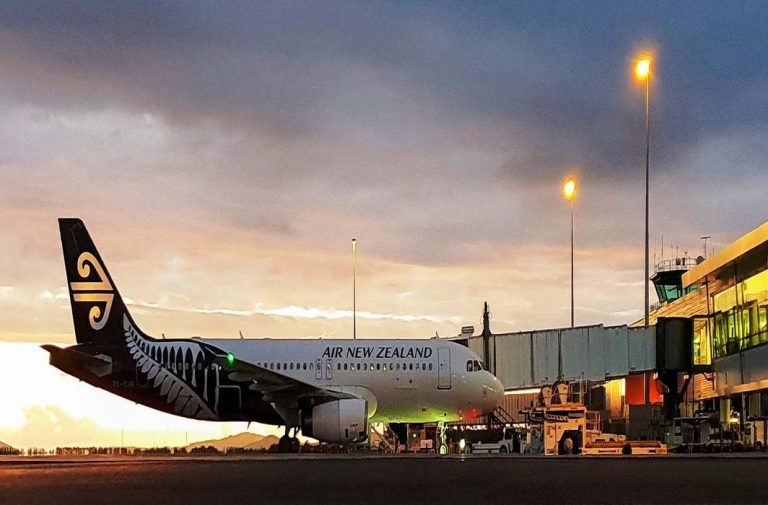 Airline of the Year

Frequent flyers are always comparing notes on which airline offers the best experience and service. The answer would be a surprise to many—Air New Zealand! AirlineRatings.com, an aviation safety and product rating agency, brings out an annual ranking and its Airline of the Year 2020, just released, has rated Air New Zealand tops for in-flight innovations, safety record and the high standards set by its staff, on the ground and in the air. It topples last year’s winner, Singapore Airlines. The rating audit includes areas such as airport lounges, first-class experience, in-flight entertainment, fleet age, passenger reviews, product offerings and profitability.

The rating agency says: “The airline has been a pioneer in a number of important industry initiatives such as bio-fuels and more efficient flight paths as well as a host of on-ground improvements such as electric vehicles.” The jury for the award is a group of experienced aviation editors.

The biggest jewellery heist in history at the Dresden’s Royal Palace has been an eye-opener for museums across the world. For one, the ease with which the robbers gained access to the famous Green Vault and escaped with one billion euros worth of precious gems. The other, more shocking revelation was that none of the precious gems taken from one of the world’s oldest museums was insured. German police have no clue to work with except grainy security camera shots but the loss is incalculable.

The treasures in the Green Vault were not just unique but had historical value. The royal jewels date back to August the Strong, prince-elector of Saxony and King of Poland. Three of them—the Diamond Rose, Diamond and Queens’ Jewellery—formed the centrepiece of the display. The diamonds in various cuts date between 1782 and 1789 and included a sword with a diamond-encrusted handle, shoe buckles and buttons made of diamonds as well as brooches, a hair clip shaped like the sun and parts of a diamond necklace.

One piece from the “Diamond” set, a hat clip with a flawless 41-carat gem known as the Dresden Green Diamond, was saved since it is displayed on another floor of the museum.

The lack of insurance means a bigger blow for the museum, and the only slim hope for recovery is that the pieces are so unique and famous that they would be impossible to sell in the open market. The downside is that the pieces could be broken down and the gems re-cut.

In 2018, the United Nation’s Fashion Industry Charter for Climate Action was launched and leading brands were asked to identify ways in which they could contribute to the cause. Since then, a number of global fashion brands have responded in quite spectacular fashion.

Initially, brands that signed the UN agreement include Nike, Burberry and PUMA, who promised to develop more sustainable production models. Since then, leading fashion names like Gucci have joined the cause—the iconic Italian brand recently held its first carbon-neutral runway show at New York Fashion Week. The brand says it will track every stage—from supply chains to travel emissions for both guests and models at fashion week, to recycling and ending paper invitations. Close on its heels is Burberry, which recently launched a new line of an eco-friendly collection. The luxury label’s staple coats, such as the Jacquard Parka and classic car coat, have been remade through sustainable fabrics and cutting out some details. Simultaneously, Ralph Lauren announced their new sustainability strategy.

Other luxury fashion giants like LVMH have also announced eco-friendly initiatives. Another famous luxury brand, Chanel, have said they are investing in the creation of high-performing silk and biomaterials, as an eco-friendly alternative to synthetic dyes and chemicals currently in use. Individual fashion designers have also responded by showcasing collections made from recycled materials. Customers of high-end fashion can now wear their commitment to climate change on their sleeves.

It takes a crisis to spur innovation and creativity. In other words, let ideas fly. That is the case, literally, with the auto industry, facing new technologies and emission curbs which are disrupting its traditional business model. Electric cars are the new area of focus for most of the big names in the business but until the infrastructure is in place, their numbers are not big enough yet. The answer: Look to the skies.

Many of the major auto brands are looking at the unexplored field of personal air mobility. They include such names as Porsche, Daimler and Toyota. All three are currently experimenting with what is known as eVTOL (electric vertical takeoff and landing aircraft). If it gets official approval from governments, it could revolutionise urban transportation. In cities, only aircraft that can take off vertically and land in a similar fashion are going to work. The blueprint companies are working on is to produce electrically-powered, lightweight air vehicles capable of vertical take-off and landing that can be summoned via an app, a la Uber and Ola. Some cities, like Dubai, have already drawn up plans for an eVTOL fleet for the future. Daimler, which owns Mercedes, has invested in Volocopter, an electric vertical lift two-passenger aircraft. It has completed its first flight and has a head start in bidding for the Dubai contract.