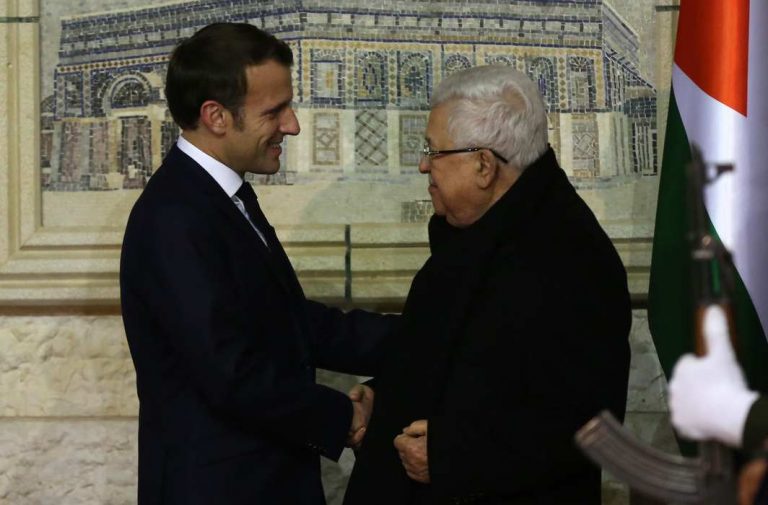 Leaders from across the globe gathered in Jerusalem last week for the World Holocaust Forum on the 75th anniversary of the liberation of the infamous Auschwitz death camp where thousands of Jews were exterminated. They included Russia’s Vladimir Putin, Emmanuel Macron from France, Britain’s Prince Charles, and the presidents of Germany and Italy, among other dignitaries.

The visit to the Wailing Wall and the Holocaust Memorial which recalls the genocide of Jews under Hitler’s Germany was obligatory but it comes amid a global spike in anti-Jewish violence around the world, including America and Britain where recent anti-Semitic violence has raised concerns, as it has across Europe. In France, anti-Semitic acts rose by 74 percent in 2018, according to the UN Commissioner for Human Rights. Moreover, one in four Europeans harbour strong negative attitudes toward Jews, according to a 2019 poll on anti-Semitism by the Anti-Defamation League.

The report showed countries in central and eastern Europe registered an increase in anti-Semitic beliefs, with stereotypes about Jews controlling business and finance, and being more loyal to Israel than their home country, still firmly entrenched. Jews across the world are hoping that the gathering of leaders in Jerusalem does not end up as just a photo-op.

Gaultier, 67,  has designed for stars from Nicole Kidman and Cate Blanchett to Lady Gaga, Rihanna and Madonna. Madonna wore his famous “cone bra” corset for her Blonde Ambition world tour. The designer said his final show in Paris would feature his “first upcycling haute couture collection” and urged the audience to recycle their clothes.

She is widely considered the richest woman in Africa but now the International Consortium of Investigative Journalists have accused Isabel dos Santos of using “unscrupulous deals” to build her fortune, estimated at $2 billion. The charges say dos Santos, daughter of the former Angolan president, siphoned off millions of dollars during her time with Angola’s state-run oil company.

Now, Angola, the diamond and oil-rich country, has launched a formal investigation into the scandal. Angolan authorities say they are reaching out to other countries for help in tackling corruption that critics say has robbed millions of citizens of basic needs.

Last week, Portuguese bank EuroBic said it will stop doing business with companies and people linked to dos Santos, its main shareholder. The allegations are based on more than 715,000 confidential financial records provided by the Platform to Protect Whistleblowers in Africa, an advocacy group based in Paris, as well as hundreds of interviews. The cache of documents is known as Luanda Leaks. Jose Eduardo dos Santos, Isabel’s father, ruled Angola for 38 years until 2017. He too is accused of stealing vast amounts of state money during his rule and before stepping down, he appointed his daughter head of the state oil company, Sonangol.

Last December, a Luanda court froze Isabel dos Santos’ major assets, which include banks and a telecom company. Dos Santos, who lives in London, has said the legal action against her is a “witch hunt”.

There’s one big status symbol you can display when you walk into a room—the keys to your car. Some years ago, they all looked the same so it was no big deal till BMW, Ferrari, Bentley and Mercedes put their logo on their keys.

Now, it has gone a step further, with technology allowing them to do more than just open the car door by pressing a button. The latest is the disc-shaped key for the Lexus LF-30 which is still to hit showrooms. It is like a mobile phone with data the owner wants at hand, plus preset directions for how you want the car to drive. It’s also a beautiful piece of jewellery.

Aston Martin’s key fob is called the “Emotional Control Unit”. Made of sapphire, it has a glass top that displays the logo underneath and doubles as a start button once entered into the ignition port. Another gorgeous key design is the BMW 7-Series LCD Key which tells the driver how much gas is in the tank at all times. Bugatti’s Veyron supercar which costs $3 million comes with two monogrammed keys, one to start the car and another to push the car to its top speed of over 248 mph. The Top Speed Key can be inserted behind the driver’s seat and is only meant for use in extreme conditions. The ultimate car key is the collaboration between Aston Martin and watchmaker Jaeger-LeCoultre, producer of some of the world’s most desirable sport watches. The sapphire crystal watch has buttons on the side to lock or open the car, and perform other functions.