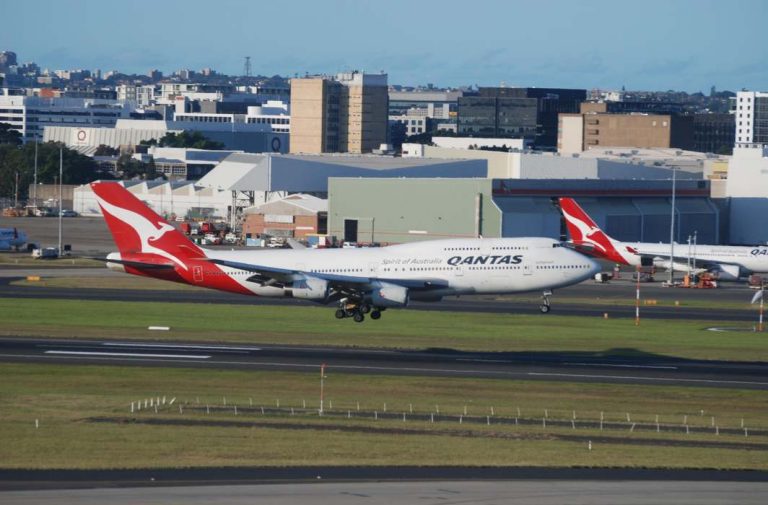 For those frequent flyers who think that an eight-hour flight is stressful, claustrophobic, dehydrating and causes jet lag and possibly Deep Vein Thrombosis, here’s some more bad news—a 20-hour non-stop flight that breaks all previous records and could enter regular service.

The flight, a Boeing 787-9, operated by Qantas flew non-stop from New York’s JFK Airport to Sydney with scientists and other experts on board to monitor the effects of a flight that long. Qantas named the flight, “Project Sunrise,” a research project to test the effects of a 19-20 hour flight on passengers and pilots. The airline plans to do a second JFK to Sydney test flight and a third one from London to Sydney.

The first research issue was whether pilots can endure a 20-hour flying duty. On “Project Sunrise”, there were four pilots who swapped duties and could sleep in specially-made beds close to the cockpit. Researchers also collected urine samples throughout the trip for future analysis. Apart from the pilots, a group of Qantas frequent flyers who agreed to be part of the research flight were also asked to keep activity/sleep diaries. The resear­chers on board tested each passenger’s reaction time. Instead of headsets, they were given electroencephalogram (EEG) scanners to measure brain activity. Other monitoring devices were used to track melatonin levels.

The results would determine, among other things, the effects of jet lag on such a long flight and whether changes in cabin lighting and meal timings can reduce it. The results will be eagerly awaited even if not too many customers will be willing to pay a premium to spend 20 hours in a metal tube.

Enough has been written about erstwhile Indian royal families but now an extraordinary exhibition in Paris, “A Modern Maharaja: A patron of the arts in the 1930s”, offers a rare insight into the  private life and European tastes of the British-educated Maharaja of Indore, Maharaja Yeshwant Rao II Holkar (1908-’61), and his wife, Maharani Sanyogita.

Along with furniture pieces designed by Jacques-Émile Ruhlmann, there are also Charles Mackintosh’s chairs. Pieces by Le Corbusier, Charlotte Perriand and Pierre Jeanneret also feature along with creative photographs of the couple by Man Ray, and colourful, intricate designs for the royal pair’s monogrammed cutlery.

The trendy royals were also big fans of the ground-breaking music of the times, jazz. Their music room was decorated with a simple glass screen designed by the illustrator, Etienne Drian depicting a band of black musicians.

Some of the pieces were commissioned by the Maharaja and his wife but others were reproduced by the artist in different or similar materials.

The exhibition, which runs till January 12, 2020, includes details of the royal couple’s palace, Manik Bagh, in his kingdom of Indore, today part of Madhya Pradesh, which was designed by a German architect.

The exhibition highlights the way Indian royals invested their money and how European artists and designers benefited from their patronage.

No Smoke Without Fire

The great debate these days is whether vaping is a safe substitute for cigarettes. Now, the latest research from the cardiology department at the University Medical Centre in Mainz, Germany, says that e-cigarettes are so dangerous and addictive that countries should consider banning them.

The lead researcher, Professor Munzel, said there is a “paucity of evidence” to support claims that e-cigarettes are a healthy alternative to smoking or, indeed, that they help people quit it. The new study, published in the European Heart Journal, looked at the effect of e-cigarette vapour on blood flow and other physical changes in 20 smokers before they vaped and 15 minutes after. They also exposed mice to e-cigarette vapour for specific periods. Their results showed that one vaping episode increased heart rates and caused arteries to stiffen. In the mice, blood vessels, including in the lungs and brain, appeared to become damaged.

The key issue is that there has been no research on the side-effects of long-term use of e-cigarettes which are battery-powered and work by heating a liquid, which typically contains nicotine, propylene glycol, glycerin and flavourings, into aerosol that the user inhales and exhales. Prof Munzel insists: “Our data may indicate that e-cigarettes are not a healthy alternative to traditional cigarettes, and their perceived ‘safety’ is not warranted. We cannot allow an entire generation to become addicted to nicotine.”

Samsung and LG have come out with modern versions of the old flip phone that started the mobile revolution. Actually, it was Motorala, a pale shadow of the original company, which made flip phones cool. Motorola is back, with a deal-breaker, a modern spin on the iconic flip phone that could literally flip its fortunes. The company has updated its slim Razr flip phone, some 15 years after the original device revolutionised the market.

Technology experts see it as Motorola’s attempt at building a modern-day flagship phone, something it hasn’t done in years. The sleek, sexy-looking new device features a 6.2-inch screen which folds when closed, while another, smaller screen displays notifications on its outer shell. What Motorola has done is to turn a conventional-sized smartphone into something smaller and easy to carry in a pocket or pocketbook.

The new Razr is seen as an innovative statement piece from Motorola, now part of Chinese giant Lenovo, having been acquired from Google, its previous owner, in 2014. The company describes its new Razr as an “impossible feat of engineering”. Both screens are flush when folded as compared to Samsung’s Galaxy Fold which has a considerable gap between each screen. The company spokesman said: “Our zero-gap hinge allowed us to bring to market a device that folds completely in half.” The new Razr will become the first clam shell phone to make use of a foldable screen with the tagline of successfully marrying technology and fashion.