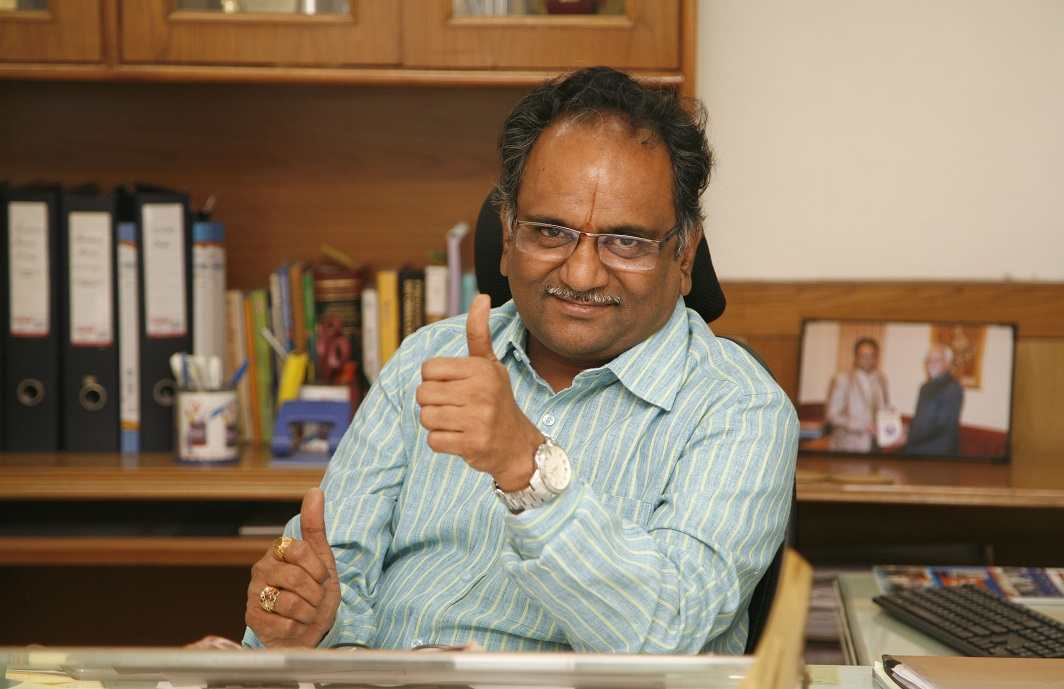 He is not a bureaucrat nor is he an RTI activist. He was a professor at National Law University at Hyderabad before he became Central Information Commissioner. Prof MADABHUSHI SRIDHAR ACHARYULU, 61, underscores the importance of RTI and has the toughness of a man who knows law. He disposes off cases quickly, telling both sides what they should ask and what they should be doing. He tells PARSA VENKATESHWAR RAO JR that he has given decisions in nearly 10,000 cases in his three-and-a-half year tenure. His ruling asking a post office to disclose information about the impact of demonetisation made it to the headlines. He said information about policy decisions that impact the lives of the people should be made public. Excerpts from the interview:

Your ruling asking for disclosure of information about demonetisation created ripples. Should this be extended to others as well or is it confined to a particular instance, i.e., post offices in the Air Force area?

It can be applied across the board because that is what Section 4 (1)(c) of the RTI Act says. Policy decisions which impact public life have to be explained. If you read (4) (c) and (d), you will realise that the government should be sharing the information on its own without anyone asking for it. In this case, the appellant wanted to know the total currency exchanged at his post office, the people who exchanged it and the number of those who provided ID proof for exchange. In my order, I have asked the post office to disclose the number and volume of transactions without revealing the names of those who deposited or withdrew money. And I have elaborated the legal position as laid down in the RTI Act with regard to the government’s obligation to share information on policy decisions.

Is it necessary for a person affected by a policy decision to exercise his right to know about it under the RTI Act?

It is not necessary. In fact, in law, the issue of locus standi is very important. But the courts have reinterpreted the jurisprudence in the 1980s when they allowed PILs. It is not necessary that you have to be the affected party for you to raise an issue of public importance in a court of law. The RTI Act does away with the idea of locus standi. You can seek information which is of public interest.

Are people recognising the scope of the RTI Act?

Yes, they are. The transformation, where people are asserting their right to know what the government is doing, is happening. From a secrecy-oriented society—a colonial legacy—we are moving to a transparency-oriented government. As a matter of fact, in a country of over 127 crore people, there should be more RTI applications seeking information than there are now. Media can spread awareness about RTI by writing about the rulings given by the CIC.

Is knowledge of law important for the RTI Act to be effective in the hands of the people as well as the Information Commission?

Knowledge of law is useful, but is not necessary. RTI Act is all about common sense. Each information commissioner is now aided by two legal consultants.

Do any interesting cases come to your mind?

Yes, the Mahatma Gandhi’s assassination case. Did you know that three of the accused could not be traced? That one of them is a Telugu-speaking person called Kistaiah! The National Archives was not willing to share the information. The RTI applicant in this instance wanted to know the reasons for Nathuram Godse killing Mahatma Gandhi. There is a provision in the Criminal Procedure Code that allows the accused to have his say before the case is decided. That is how Godse was actually able to make the long statement giving his arguments. I gave the order that under the RTI Act, the information pertaining to Gandhi’s assassination cannot be withheld.

Do officials also understand the importance of the RTI Act and is their attitude changing?

It is happening. The change can be seen among the officials as well. But it is slow. There is, however, no doubt that 2005—when the RTI Act came into force—has been a turning point in Indian democracy. The fear of RTI will be a positive factor when officers make decisions. It makes them overtly accountable.

As a Central Information Commissioner, you constantly deal with appeals. What is the nature of these appeals?

The interesting part of these appeals is that 40 percent of them seek implementation of the orders passed by the First Appellate Authority (FAA). It is usually the case that appeals to the CIC should be against the decision of the FAA. The procedure is this: When an Information Officer (IO) or Chief Information Officer (CIO) refuses to disclose information that has been sought under the RTI Act, an appeal is filed with the senior officer in the department. Many a time, the senior officer without applying his mind agrees with the decision of the IO and the CIO. But there are cases when the senior officer asks the information to be disclosed, but the IO and the CIO refuse to follow the directions. This is the flaw in the system.