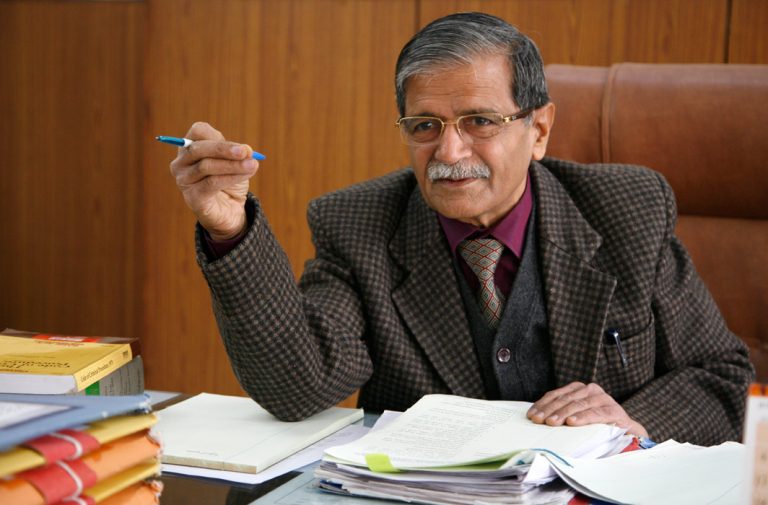 An exclusive interview to India Legal

Over three decades after the 1984 anti-Sikh riots, the legal process of bringing the arsonists to justice continues to drag on. The conviction of Congress leader Sajjan Kumar, 33 years after the pogrom, has given hope to riot victims that justice may finally catch up and the accused, many political heavyweights of their time, will pay for their crimes.

The life sentence awarded to Kumar by the Delhi High Court for his role in stoking the riots that broke out after the assassination of Prime Minister Indira Gandhi by her Sikh bodyguards on October 31, 1984, was the result of a continued legal battle against him by a few who ensured that the case against the Congress leader is not dismissed.

However, there were as many as 241 cases linked with the riots that had been shut abruptly over the years either because the investigations had met a dead end or because the prosecution failed to make out a credible case against the accused in the courts.

On January 11, 2018, the Supreme Court had constituted a three-member special investigation team (SIT) – the 11th such commission, investigation or committee looking into the riot cases – headed by retired Delhi High Court judge, Justice SN Dhingra. The SIT was supposed to reexamine files of 186 of these 241 shut cases and submit an interim report, by mid-March, recommending which of these cases can be reopened for investigation. The SIT is yet to file its report because its third member refused to join the team and the request for the top court to appoint a new member was not disposed off till December – over 10 months after Justice Dhingra filed his application for necessary directions.

In December, the Supreme Court finally informed the SIT that it could continue the probe with existing members – Justice (retd.) Dhingra and IPS officer Abhishek Dular – and that the interim report should be filed by March 2019.

In an exclusive interview to India Legal, Justice (retd.) Dhingra spoke candidly about the challenges his SIT faces.

Q. A year has passed since the SIT was constituted by the Supreme Court to  suggest if any of the 186 riot cases that were closed can be re-opened. Your interim report was to be filed in March last year but hasn’t been so far. Why the delay?

A. There was a bunch of 199 cases that another SIT (appointed in February 2015 by Prime Minister Narendra Modi’s government and headed by IPS officer Pramod Asthana) had recommended for closure along with 42 other cases that a Supreme Court appointed supervisory committee of two of its former judges had examined. Some petitioners along with advocate HS Phoolka had told the Supreme Court that the recommendation of the (Asthana) SIT is not proper and cases should not be closed hurriedly. The court then constituted the SIT with me as its chairman and two other members (IPS officer Abhishek Dular and former special director general of the Border Security Force, Rajdeep Singh). I and Mr Dular joined the probe but Mr Singh expressed his inability to join. We filed an application in the Supreme Court saying the third member has not joined and the court should appoint a substitute. The application did not come up for hearing for many months. When it was listed recently, the Centre recommended the substitute but the court said that the existing two members should carry out the probe. So, the procedural delay in clearing our application for nominating a substitute for Mr Singh, prohibited us from meeting the deadline set by the court for filing the interim report. We have been given time till March to submit our findings and I will try to stick by the new deadline

Q. No one seems to know which cases your SIT is examining.

A. The court had said 186 of the 199 closed cases should be examined by us but it sent us details of all 199 cases on which the Asthana SIT had submitted its report. I am looking at all these cases and can’t disclose their details right now because we are still in the process of going through the case files individually. It is a time consuming process. But, rest assured, even if there is a small possibility of re-investigating the case, we will recommend so.

Q. Your SIT has issued two public notices asking people to come forward and provide information that might help in your probe. After 34 years of the riots, many witnesses are no more and some may not want to old wounds to be cut open. How difficult is your task and have any people come forward yet?

A. Very few people have come forward so far. Some have sent us anonymous letters alleging the involvement of certain people in the riots but without mentioning the FIRs in the case. If we don’t have the FIR numbers, how do we track the record of the case? There are many cases where the witnesses have died; many others where the accused are also dead. We have written to various police stations asking for details, case files, original FIRs and are hopeful that we will get something credible to move forward on.

Q. The Delhi Sikh Gurdwara Management Committee has written to you urging that the riots case against Madhya Pradesh chief minister Kamal Nath must also be recommended for re-investigation?

A. My mandate is limited to the 199 cases that were examined and recommended for closure by the Asthana SIT. I do not know, as yet, if the cases against Kamal Nath are part of this bunch. I have called for details of the FIR.

Q. When the SC appointed you to lead the SIT, many said there was a conflict of interest because you presided over the riots cases during your stint as judge at the Karkardooma court and that your orders for incarceration of Congress leader HKL Bhagat and verdict against Kishori Lal showed you are pro-conviction. If you do recommend reopening of cases, do you think another controversy will erupt?

A. I am immune to all these allegations and accusations. I have worked as a judge for nearly 25 years. People find politics in everything. If I think of these opinions, I will never be able to do my duty. There is no room for fear and intimidation.

Q. But is there pressure on you to re-open some cases…

A. I do not act under fear nor under the hope of any professional benefits. Prior to my appointment as special judge of the riot cases at Karkardooma Courts in 1995, for three years in a row, I was awarded an A Grade in my annual ACR. After I became the riots judge, for three years the Delhi High Court did not write my ACR. Finally when I did get my ACR, and by then I had already convicted so many people in these cases, I was informed that my grade was reduced from A to B+ without citing any reasons. I wrote a letter to the high court saying if speaking the truth is a sin for a judge, then, rest assured, I shall continue committing this sin as long as I am working as a judge. For several years then on, I was given B+ in the ACR. Then, when I presided over the trial in the Parliament attack case and ordered a conviction, my grade was further reduced to B. The point I am making is, that fears and pressures are not known to me.

Q. Do you think if it wasn’t for these judgments, you would have been elevated to the Delhi High Court much earlier than you were?

A. (Smiles and nods) I was not a career-oriented judge who would worry about my promotion. What has always mattered to me is that I must do my duty with sincerity. I do not bother about the price that I have to pay for my actions and my convictions.

Q. Sajjan Kumar’s conviction has come after 33 years and has been challenged in the Supreme Court. There’s no clarity on where the cases against Jagdish Tytler is headed. You are still examining whether closed cases can be reopened. What does this say about the justice system if after over three decades of a massacre, we are still struggling for adjudicating cases at the trial stage?

A. I firmly believe that the agony of the victims will not end. People have lost their near ones. After 30 years, if the courts decide their cases, how does it help lessen the pain of the victims? It may make for good news headlines but I do not consider this to be justice. Action should have been taken within a reasonable time. I don’t subscribe to the view that after 40 years you can give justice. The purpose of giving justice is not to feed masala to newspapers.

Q. Who failed the riot victims?

A.  It is the failure of the entire state machinery, including the investigating agencies, the government and the judiciary.

Q. So you are saying the judiciary must share the blame?

A.  I am saying that the judiciary must share equal blame. The Sajjan Kumar that you are talking about, I remember when many years ago the CBI went to arrest him early one morning, he managed to gather his supporters and prevent the CBI from arresting him. In the meantime, he called his lawyer, RK Anand, who moved the Delhi High Court for anticipatory bail. Now, there is a legal process to followed while disposing off an anticipatory bail application – the prosecution has to be given a notice, has to be heard and only then a final decision can be given. In Kumar’s case, the high court opened at 10.30 and by 11, the then registrar of the Delhi High Court had communicated to the CBI officers still waiting outside Kumar’s residence that anticipatory bail has been granted. Who instructed the registrar to directly communicate the orders to the CBI? Now, what will you call this – support of the judiciary to the victim or the accused? What is the message that the high court sent to trial courts?

Q. There is still a huge amount of work that your SIT needs to complete before it files its report. How confident are you of meeting the March deadline?

A. We are trying our best to examine the files and summon necessary records at the earliest so that we meet the deadline. I know that I have to be thorough because I can’t make the same mistakes that earlier commissions have made. I will give a case by case report for all 199 cases and a consolidated report for the entire bunch of cases. My hope is to meet the deadline but I might need an extension for a month or two given the volume of work, but, certainly not longer than that.