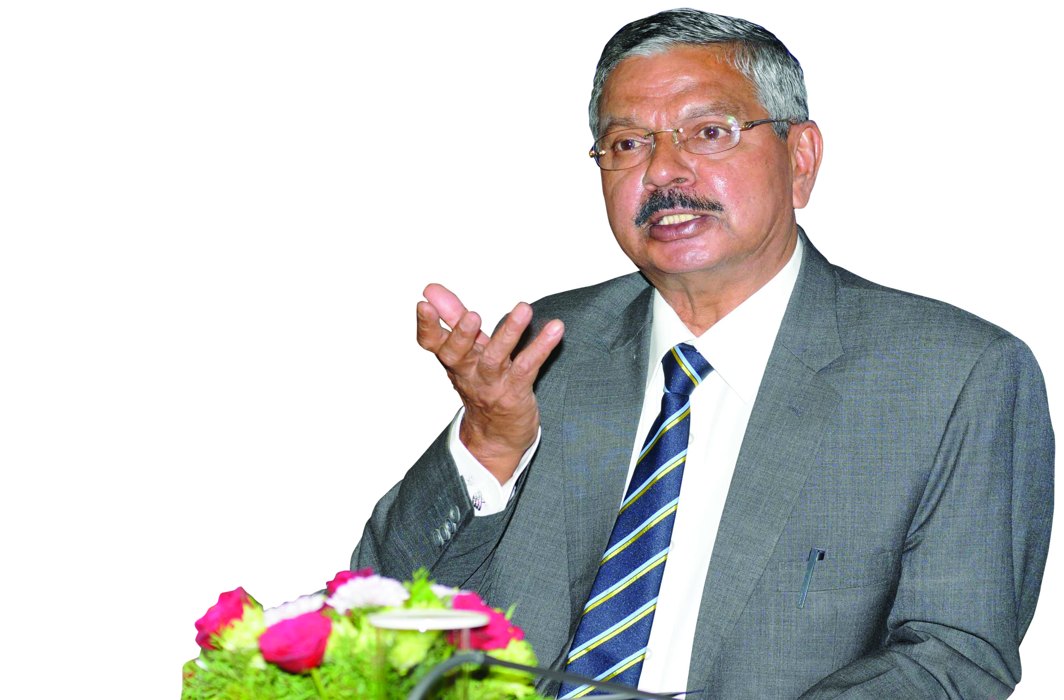 On the occasion of International Human Rights Day (December 10), JUSTICE HL DATTU, chief of the National Human Rights Commission (NHRC) and former chief justice of India, in an exclusive interview to VRINDA AGARWAL speaks about major human rights challenges such as lynchings and refugee influx facing India. He says that while Acts, laws, and policies are introduced as forceful instruments for seeking change, mindsets too should alter. The essence of social orders, he stresses, is to serve better and not to rule one another as superiors because as human beings, we are born equals. Excerpts:

What are the biggest human rights challenges in India today? How effectively has the NHRC been able to respond to them?

In a welfare state and a democracy, it is the duty of the government to ensure protection of people’s rights. We have a Constitution, which fully imbibes the spirit of the UN-mandated Universal Declaration of Human Rights. We have several laws and mechanisms to protect people’s rights. But the real challenge lies in the lack of awareness about the law, particularly among lower level officials who mostly deal with and have a direct interface with the public. We have been organising awareness workshops on elimination of bonded labour for long, but our experience is that most of the officials are not aware of the provisions of the Bonded Labour System (Abolition) Act—the amount of immediate relief to be given to a rescued bonded labourer, issuing his release certificate and ensuring his rehabilitation at his native place in close co-ordination with concerned district authorities. There is a change in the IPC with regard to dealing with complaints of sexual assault against women, but there are still cases where police officials did not apply them.

The NHRC has been trying its best to build awareness about the importance of protection and promotion of human rights. But government departments, both at the centre and particularly in states, need to carry on with a mass-scale campaign to make people, both in the system of governance and in public, aware of their rights and duties as well as the protection mechanism to prevent human rights violations. Cure is fine, but prevention is still a better option, where we all, as equal stakeholders, not just the NHRC, need to focus on its challenge.

You have been quite vocal about the NHRC’s recommendations not being taken seriously. Has anything changed as a result of this?

Not really as of now, but at least it has generated a debate. Even the courts have expressed their concerns on the issue of NHRC’s recommendatory powers. Ultimately, it is for Parliament to amend the Act appropriately to make the best use of the directions of an apex body like the NHRC, in the interests of good governance and people’s welfare.

The Protection of Human Rights (Amendment) Bill, 2018, is due for discussion in the winter session of Parliament. Are you happy with the Bill? Can cross-party consensus be achieved?

Parliamentarians, cutting across party lines, are best equipped to take a call on this draft Bill prepared by the government, as and when it is placed before Parliament. All I can say is that the need of the hour is to strengthen the NHRC in terms of its powers, human resources and infrastructure, keeping in view the last 25 years of its functioning and people’s expectations, as well as India’s international obligations for having an independent and autonomous national human rights institution.

The independence and autonomy of the NHRC has been questioned on many occasions. Is there a sound basis for this questioning?

As far as human rights issues are concerned, the Commission has a history of taking cognisance of their violations on merit, irrespective of any political dispensation in the seat of power. The NHRC has been able to effectively use its mandate under the Protection of Human Rights Act, passed by Parliament in 1993. However, nobody can stop subjective appraisal of the Commission’s functioning by certain individuals. It is for the people to see through the facts and unfounded allegations.

What is the estimate of the number of cases pending with the NHRC? What steps are being taken to reduce case pendency?

Whenever a complaint of human rights violation is received by the Commission, on an average, in a week’s time or maybe earlier appropriate action is taken. Out of the cases where the Commission has sought a report from concerned government authorities, and which are not provided in time, the cases may take longer for final disposal. But the word pendency in this context should not give the impression that nothing is happening at the end of the Commission in such matters.

Till October 2018, the number of complaints received by the Commission was 6,294. Those disposed of, including old and fresh cases, were 7,479, and cases under consideration were 21,158. We are adopting all possible measures at our command to expedite the disposal of complaints. Vacancies at various levels, including at the level of members, senior officers and supporting staff create some challenges for us.

Recently, there has been a lot of debate on the misuse of the SC/ST Atrocities Act. How can caste-based violence be addressed?

All stakeholders, including the political leadership, civil society and academicians, need to inform and educate people about issues related to castes. The Supreme Court delivered in the recent past a judgment which, through an ordinance, the government neutralised. The crux of the judgment was very clear; it did not do away with the provisions of the SC/ST Act, but only put checks and balances to ensure that they were not misused to implicate an innocent person, amounting to violation of his constitutional guarantees. If there are instances of misuse of the SC/ST Act, it is also true that some people belonging to the SC/ST communities still face atrocities and discrimination. We have seen this in our open hearings and camp sittings. The law is there for all to guide them to work for a society where nobody’s fundamental rights are violated and everybody lives as an equal citizen of the country. Ultimately, it is for the people to take a call to use the provisions of the law for constructive purposes only and not for harming others.

Do our enabling laws and policies take us apart instead of bringing us closer? We need to study whether the dynamics of caste conflicts are changing and multiplying fast into class conflicts in India, and if so, reasons thereof and remedies to redress it.

Acts, laws and policies are introduced as forceful instruments for seeking change when we tend to fail in our resolve to change ourselves within. However, no acts, laws and policies can change mindsets unless one resolves to change. Why do we not resolve to change ourselves, that we will do away with notions of discrimination, on any count, among fellow citizens? The essence of social orders and positions is to serve better and not to rule one another as superiors because as human beings, we are born equals.

The government plans to deport Rohingya refugees living illegally in the country. The Supreme Court has also favoured the government on this issue. How far can the NHRC intervene in this matter?

The Commission observed that the Rohingyas are, no doubt, foreign nationals, but also human beings who fear persecution back home. As it was a sensitive matter involving a major policy of the government, the Commission, very succinctly, also clarified, suo motu, in its intervention in the matter that from the human rights’ angle, its intervention was appropriate in the matter. With the positions hardened on both sides of the argument and different parties approaching the Supreme Court, the Commission also thinks it appropriate to make a mention of its stand during the course of the hearing in the apex court when the situation arises.

The NHRC has limited jurisdiction over J&K, a hotbed of human rights violations. Just recently, an 18-month-old girl in Kashmir was hit by pellets fired by the Army. Do you think it’s time to reconsider the NHRC’s powers in J&K?

The NHRC’s jurisdiction extends to the whole of India, provided however, that it shall apply to J&K only in so far as it pertains to matters relatable to any of the entries enumerated in List I or List III in the Seventh Schedule of the Constitution as applicable to it. There is also a State Human Rights Commission which looks after rights violations by public authorities in J&K. However, wherever there is an involvement of central government officials in a case of human rights violation in J&K, the Commission may take cognisance.

The North East has its own challenges. For instance, in the case of encounter deaths, we have made several recommendations on which, eventually, the government of Manipur had to act when the Supreme Court intervened. The Commission had decided to respond to the stay order on its proceedings challenged by the government of J&K in the High Court of Jammu & Kashmir sometime back. I am of the view that mere technicalities of a provision may not be a ground to strike down the recommendations of the Commi­ssion which are there only to take governments along in their efforts towards good governance.

As for any changes in our jurisdiction, I would say it would again depend on the decision of Parliament, which is solely empowered to amend the PHR Act. Our views on the matter are already in the public domain.

Lynching attacks on Muslim cattle traders have become commonplace and often, the police is found acting hand-in-glove with the perpetrators. How is the NHRC tackling this menace?

The NHRC has been very proactively taking suo motu cognisance of media reports on mob lynching, be it in the cases involving people suspected of cow slaughter, witch-hunting or child-lifting. I may not agree with the suggestions that the incidents of lynching happened only against people belonging to a particular community. We will not hesitate in recommending punitive action against any public servant if found guilty, but not merely on perceptions. Mobocracy in the garb of democracy can never be justified. Recently, the Supreme Court has underscored the need for having a separate law to deal with the menace of lynching. If that helps, it’s fine.

Of late, there has been a lot of debate on whether judges should accept post- retirement government jobs or not. Even the Bar Council of India recently passed a resolution asking judges to avoid doing so. What are your thoughts on this issue?

It is for an individual whether to accept post-retirement positions or not. The fact remains that there are statutory provisions for appointing retired judges in certain positions. The element of imputing subjective criticism in some people’s minds can never be removed; people need to understand that whosoever is working in a position post-retirement, be it a judge or a bureaucrat, will ultimately be guided by his mandated authority and jurisdiction only in taking decisions and nothing else.

“The preparatory work in ...

“The whole legal system i...

“The State is Morally Bou...