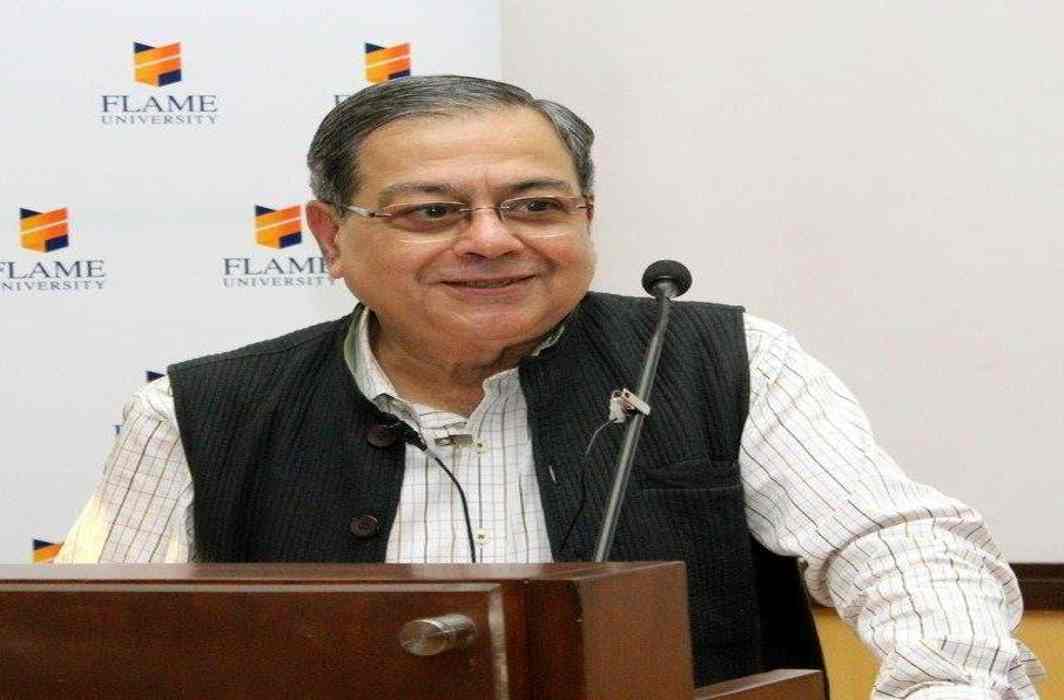 The centre’s decision to replace the University Grants Commission (UGC) with a new regulatory body, called the Higher Education Commission of India (HECI), has evoked sharp reactions from academicians who say it will only tighten the government’s direct control over the higher education sector. PROFESSOR BALVEER ARORA, professor of political science at Jawaharlal Nehru University told ASHOK DAMODARAN that it is part of the government’s plans to control the knowledge sector and education has been a critical component of the agenda from the outset. Excerpts:

You have termed the government proposal to replace the UGC with the HECI as deeply flawed. Teacher associations say it is a desperate step by the government. Union HRD minister Prakash Javadekar says it will ensure minimum government and maximum governance, end the inspection raj, help focus on academic quality. Where does the truth lie?

Despite all the talk of deregulation, the regulatory gene is deeply embedded in the DNA of the Indian state. It finds new ways to regulate and often the alternative proposed is much more regulatory than the one that is being discarded. In the case of the UGC, I will be the first to admit that it was in need of very serious reform. I think it is very important to let academics run universities and let administrators do what they know best. Under the name of regulation, it would be unwise to try and micromanage what is in the realm of academics. Educational administration is a very special branch of administration which requires skills that are nurtured in academia over a long period of time.

You admit an overhaul was necessary. The process was set in motion by the previous government.

Certainly, the reform of the UGC was long overdue. All the stakeholders and actors in the field had realized that there was something seriously wrong with the way it was going. This is not to say the original idea of having a UGC was flawed or a mistake. The idea was good, but in its implementation, it went totally astray. Therefore reform was necessary to bring it back on track. The current reform is no doubt well intentioned, but on the wrong track. As we know, the road to hell is paved with good intentions. The devil lies in the detail. The details in this case are certainly worrisome.

Is there any particular reason why the government thought of coming up with this at this juncture? After all, it has been on the backburner for a while.

I think government is just speeding up on the agenda that remains pending. And the broad agenda is to control the knowledge sector through a new form of regulation. There is urgency about implementing the control agenda because a new electoral deadline is around the corner. Education is an area that has been a critical component of the agenda of this government from the outset. In school education, a lot has been done in revamping the NCERT and the state education councils, rewriting textbooks and monitoring recruitment of teachers. In the case of higher education, so far isolated but nonetheless determined attempts were being made to implement the control agenda. Now a more systematic way of doing it has been proposed through this reform.

Recently, the UGC published a list of over 4,000 journals that have been removed from their approved list. They include the online web exclusive edition of the Economic and Political Weekly and Lancet, the prestigious medical journal. Who takes such decisions?

The approved list of journals is monitored constantly to weed out fly-by-night publications, particularly since the UGC introduced quantitative measurement of publications by teachers. But when you remove the EPW from the approved list, it reveals a mindset. Ideally, such decisions should be taken by a group of experts who are acknowledged academics. We should know the composition of the committee, what were the decisions and how they were arrived at. I have sat on countless committees and I can tell you the members are cherry picked. The moment they find that you are not falling in line or your views are not to their liking, they stop inviting you. It is quite obvious they are very happy to have yes men around.

Has this kind of thing come up only in the last four years or has it been the case all along?

It’s not a malady that is restricted to this or that regime. It is a problem with all regulatory bodies that have an agenda handed to them and lack either the will or the autonomy to resist. Earlier the agenda was different so the people were different. Now it’s a different agenda and a different set of people.

But doesn’t it happen everywhere, in one way or the other?

Upto a point. Safeguards to protect the autonomy of institutions in India are weak as compared to other democracies, because there it takes a long time to alter the character of the institution. You can’t do it overnight like here.

There are fears that by taking over control of the funding function of the UGC, the HRD ministry effectively converts universities into government departments.

Yes, direct funding by a ministry legitimately raises that fear. The funding issue has different dimensions. In Europe for example, higher education as a public good is protected and nurtured very carefully. At the same time, there too the funding comes largely from the State. But funding does not ipso facto imply control. You can fund institutions, fund hospitals, fund universities, fund research, but do you start telling hospitals how to treat, telling educational institutions, what to teach and research, that’s the basic issue. Funding does not mean control.

The idea of giving a ministry control over funding is a very bad idea. With funding what happens is that you are asked to put forward proposals, then the jockeying and lobbying begins. What used to happen in the UGC when universities needed to get their plans app-roved will now shift to the ministry. The ministry will then decide who needs to be supported and who doesn’t, whose funds need to be cut and who needs to be given more. It’s absurd. These are decisions that should be decided and fixed by an independent commission, preferably for a fixed period of a reasonable duration. Time is important in order to give the universities a chance to fulfill whatever they have proposed. It cannot be done on a yearly basis.

You have advocated a Higher Education Finance Commission, which could be constituted every five years to allocate grants. This would give universities a certain degree of autonomy in the intervening period. The HRD ministry should intervene only in cases of financial crisis in a university, or for the sanction of funds for a new university created during the period of the award. Have you had occasion to convey your views to the government or do you plan to do it in the few days left?

Yes I have put forward the idea of such a Commission, instead of the funding arrangement now being proposed. The HEFC that I have in mind would have statutory backing and would take into consideration all the facts, including those that the UGC would place before it. It would then decide on a grant or award for the next five years for the higher education institutions under its purview.

This has been tried in countries like France to promote autonomy in higher education. The budget of selected institutions is fixed for five years. During those five years, they don’t have to keep filling up questionnaires. More importantly, the concept of lapsable and non-lapsable funds is done away with during the period of the award. Just as the plan and non-plan distinction was abolished, since it led to all sorts of absurdities. This will to some extent put an end to the mad scramble to spend budget allocations at the end of each financial year, because the UGC releases them at the very end and everyone is anxious to justify their demands for the next year. So you frantically organize seminars, buy books for the library and such like, in order to exhaust your budget.

Will you pass on these suggestions to the government?

They have given a very short deadline for suggestions from the public. Considering the magnitude of the changes proposed, the government should have left the window open much longer for feedback.

Academics are quite clearly worked up.

The academia is up in arms, and quite justifiably given the reform proposal they have before them. I would say large sections of responsible academics are horrified at the kind of suggestions that are being put forward in the name of reforms. We talk about less regulation and what we are getting is tighter government control.

Teachers are concerned that this will bring the academic process too close to the political one. They fear interference and loss of autonomy.

The fears appear to be legitimate, given the current shape of the reform proposal. Because unless the problems of proximity to the government of the day are addressed, the arrangement proposed lends itself to all sorts of abuse. The strength of a robust higher education system lies in the autonomy it enjoys to innovate and experiment. Academic decisions should be taken by academic bodies in a robust system of democratic functioning.

Do you think the changes that are likely to come in may rein in the freedom the universities have regarding courses they should drop or introduce?

This kind of control comes along with the involvement of government in funding. The funding is tied, it’s like if you introduce this course, you will get so much money. Carrot is waved and universities don’t want to say no to money. But if the universities are left free to decide and their financial autonomy is secure, they would be under no pressure on what courses to add or drop.

It is also argued that the new changes will bring in a system of overregulation? Do you agree?

Deregulation is a fashionable word and it is used in all sorts of circumstances, but the way it is being gone about, it ends up doing just the opposite.

“The State is Morally Bou...

“The Judiciary Makes the ...

“Be Prepared to Suffer fo...