Home Interview “The Army knows what is to be done, and when, in J&K” 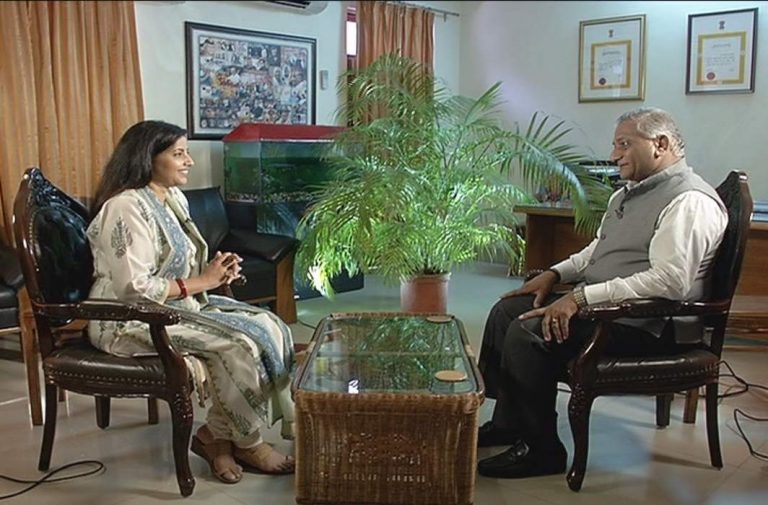 As Chief of Army Staff from 2010 to 2012, GENERAL VK SINGH had laid the roadmap for transformation of the army into a lean and mean fighting unit and highlighted concerns and forced the government to take urgent steps for large-scale purchase of arms and ammunition. Immediately after his retirement, he joined politics, won elections to the Lok Sabha from Ghaziabad and was appointed minister of state with multiple portfolios, including the ministry of external affairs. Gen Singh spoke to RAJSHRI RAI, editor-in-chief of APN News, India Legal’s sister concern.

You started the campaign for One Rank One Pension (OROP) and were responsible for saving Indian lives in the Middle East. How do you view these achievements?

When I became the army chief, the campaign for OROP had begun. I found it odd that some people had returned their medals. We calculated and arrived at a figure which we gave to the government of the day (UPA), but it was not willing to fulfill the demands. They might have had their own reasons. But when the NDA government came to power, we gave it our complete attention. Ninety percent of what should have been given has already been given. A few small things remain, and I am hopeful that these too will be given soon. As far as the Gulf countries are concerned, I was given a responsibility and I executed it in the manner that I thought fit. I could have passed orders sitting in front of a camera, or I could have been on the ground. In my 42 years of service, I have learnt that until you go on the ground, you will never understand the situation, no matter how many reports you read.

You have been a victim of intense criticism from the media. How did you overcome it?

You need to trust yourself and you will come to trust your work. Once you think you are doing the right thing, the criticism does not matter.

Did the media play a responsible role? Defense correspondents across the world receive special training. Reporters in sensitive areas like Kashmir and Northeast also need similar training so that they reveal only what needs to be revealed. We saw how NSG commandos lost their lives in the Mumbai attacks because the cameras were beaming live coverage which the terrorists and their handlers could see and accordingly plan their moves.

Earlier, there used to be courses for defense correspondents on war reporting. Journalists act very responsibly in other countries. Once, an African student living in a village in India was killed in some quarrel. When I met the villagers, one of them asked me to control the media. I said the media should not be controlled. He talked about how the international media was covering the Paris attacks, not sensationalizing any detail. Our media should also try to improve itself, especially when it comes to covering defense.

Between Pakistan and China, which is the bigger challenge for India?

Both are our neighbours. When our government was elected in 2014, we invited leaders from all neighbouring countries to the swearing-in. The objective was to make a fresh start in improving relations. We have told China that there is enough room in the world for both of us. Both countries are struggling with large populations and similar challenges. I think matters with China are moving in the right direction. We should focus on closing our economic gap with it. Pakistan is a minor problem. I don’t know who controls the government there. People joke that our country has an army, but in Pakistan, the army has a country. Whenever there is a peace effort, they move against it. Pakistan is riding a lion called terrorism, which will eat them one day.

On Kashmir, where do you think we lack in terms of strategy?

In Kashmir, we have to work at different levels. Pakistan has always tried to keep the issue burning through money and vicious propaganda. It is very important to think and act patiently. Moreover, when people analyse things, they forget that if a common man is threatened by terrorists to do something or if his family is harmed, he has no option but to follow their instructions.  I have spent 12 years in Kashmir and I know that the common people identify India as their country. They know where their best interests lie.

Pictures of stone-pelting against our soldiers that are continuously beamed on TV and their reports in papers make the blood of the average Indian boil. On the one hand, you order ceasefire because it is the month of Ramzan and on the other hand, the defence minister says that the Army will retaliate if there are ceasefire violations. What is the public to make of this?

You will have to tie the hands of the Army if you want to win the hearts of people. The common people are being beaten by both sides, so they are in a dilemma where to go.

It is true that stone-pelting is happening, but is opening fire at everybody the only alternative to it? The Army understands what is to be done and when. In 2004, I was the commander of the Victor Force in South Kashmir. We carried our operations very carefully in the region, we killed terrorists and won the hearts of people as well. Till 2010, the condition was good, but why it has worsened needs to be thought by those in-charge.

It is not correct to sit in Delhi or elsewhere and comment on things saying everything is bad. Those handling the region know what they are doing. Moreover, I think that things would be fine if the J&K police, along with other security forces and the Army work together in coordination, combined with political and development initiatives.

As chief of army staff, you seldom spoke to the media, but the present general is attracting a lot of flak for talking more to the media and doing less action.

An Army chief has many responsibilities on his shoulders. He takes action accordingly and it is important to talk to the media so that nothing is misrepresented. But it depends on how much is to be told to the media.

The media now is very different from six years back. Many a time, stringers report whatever they hear, which may not be the truth. There is a very minute difference between truth and falsehood. It depends on the person—how much he wants to speak to the media. Many a time, one has to face criticisms from the media.