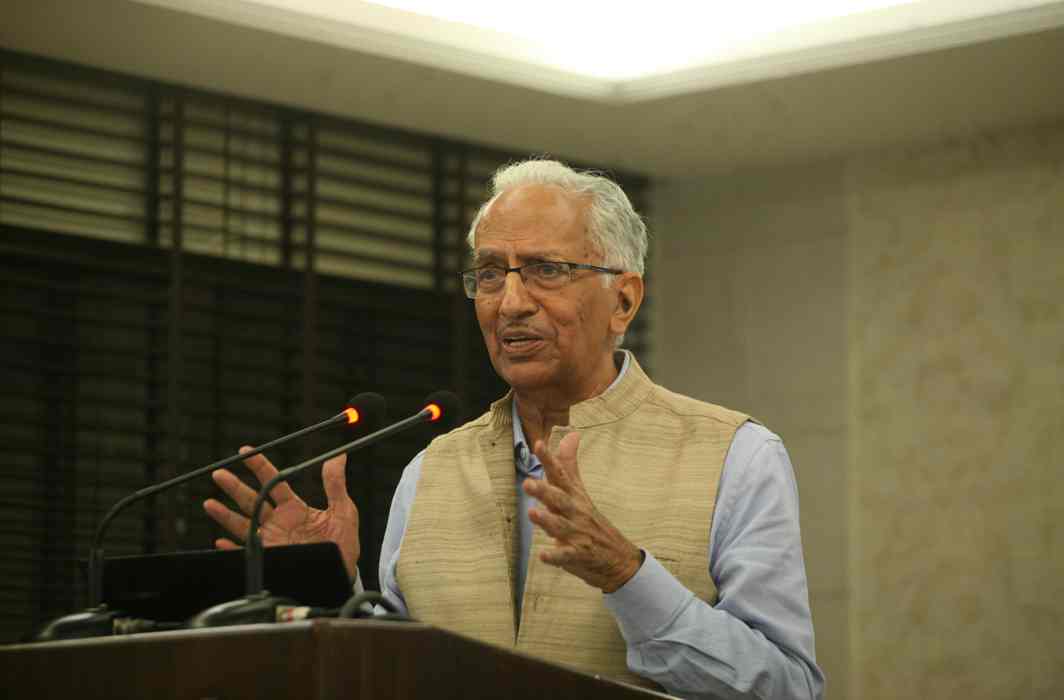 Above: Former DGP of UP Prakash Singh/Photo: Anil Shakya

Twelve years after the Supreme Court in a landmark judgment in Prakash Singh versus Union of India laid down a set of seven directives to be followed by states to ensure police reforms, successive governments have found ways to circumvent it. On July 3, the apex court modified part of this verdict. The new order prohibits states from appointing acting Directors General of Police (DGPs), makes it mandatory for them to consult the UPSC on their selection and says that a DGP must have a fixed two-year term irrespective of his date of superannuation. The Court also ordered that legislation passed in various states to thwart the 2006 verdict will be held in abeyance. PRAKASH SINGH, former DGP of UP and Assam, whose relentless quest for police reforms paved the way for the Supreme Court order, spoke to PUNEET NICHOLAS YADAV on the new ruling. Excerpts:

The Supreme Court’s order directing states to mandatorily consult the UPSC for appointing DGPs and prohibiting them from appointing acting police chiefs comes 12 years after the police reforms verdict in the petition filed by you. How do you view this order?

The Supreme Court has issued some guidelines in the light of the distortions and aberrations that were brought to its notice by the home ministry with regard to what several states were doing to circumvent the directives laid out in the 2006 verdict. A majority of states were not consulting the UPSC on DGP appointments. The home ministry conceded that some had adopted the pernicious practice of appointing acting DGPs. Some states would appoint an acting DGP for a year or so and just as he was about to retire, would confirm him as a regular DGP and then give him another two years in office quoting the directives in the 2006 verdict. The officer would thus get a three-year term. This was never the intention of the SC when it pronounced the original judgment. Now, if the officer was good, the practice was fine but if he wasn’t, then you were saddled with a bad police chief. This aside, the practice was robbing other aspiring and deserving officers of the post. Also, the acting DGP was largely being appointed by state governments with the aim of testing his political leaning—if the government thought he would be pliable, politically agreeable, then he would be confirmed as a regular DGP. This practice will, hopefully, stop now.

How hopeful are you that this order will be implemented by states? Most are yet to fully comply with the original verdict and some have even brought legislation to circumvent it.

I am hopeful, but also conscious of the struggles ahead. The pressure from the Supreme Court on police reforms has also been erratic. What happens, unfortunately, is that states adopt reforms when there is pressure on them but, when there is some let-up, they go berserk with appointments. There was a time when DGPs in UP were being appointed for periods as short as a month. However, when I moved the SC, the Court was reluctant to intervene. My contempt pleas against UP, Maharashtra and four other states as well as one against the centre’s department of personnel were never even listed for hearing. But then, decisions like the one passed now, keep hopes alive that things might improve.

The 2006 verdict also talked about fixed two-year tenures for IGPs and other senior positions in the police force. This wasn’t dealt with by the SC in the new order.

Yes, it wasn’t dealt with. It is an issue that aggrieved officers should raise. It is difficult for the Supreme Court or High Courts to monitor every appointment. What I have noticed, however, is that non-gazetted officers have less hesitation in seeking judicial remedy for perceived wrongs done to them, but IPS officers don’t. Perhaps they are wary of how it may affect their career.

There are several other directives in the 2006 verdict—setting up police complaint authorities, police establishment boards and a national security commission. These directives, too, haven’t been complied with in the manner envisaged by the Court.

Absolutely. On paper, the implementation is there but in reality, the scope and functions of these institutions has been diluted by curtailing the charter. For instance, as per the SC order, recommendations of state security commissions were supposed to be binding on the government, but wherever these have been set up, governments have ensured that this is not the case. Some-times I wonder, to use a Marxist jargon, whether reactionary forces are in full cry. The more we try to push reforms, the greater is the reaction to stall them. In some states, police reforms became worse after the pronouncement of the 2006 verdict—UP and Maharashtra are classic examples. There is, unfortunately, nothing to feel enthusiastic about.

What is the way forward for police reforms?

If you recall, Prime Minister Narendra Modi had in the early days of his government, given a clarion call for a smart police. We thought some positive change may come about finally. But nothing happened. Of course, policing is a state subject, but the least Modi could have done was to give some instruction to states on police reform; the home ministry could have made allotment of police modernisation funds contingent on states implementing police reforms—nothing of the sort happened. The centre has been completely indifferent to police reforms—the most glaring example being that of the Delhi Model Police Bill which was put together by Soli Sorabjee in 2006. It has been 12 years but the centre hasn’t been able to formulate that draft as an Act. If the centre had issued a Police Act and asked states to use it as the template for similar reformist legislation, things could have improved massively.

You served as DGP of UP and began several reforms during that stint. What is your opinion of the UP police now?

I must concede that there are glaring distortions in policing. Having said this, the fact also is that the police works within a certain environment and you can’t exclude the role of the political masters and the bureaucracy. About the political masters, the less said, the better. But even the bureaucracy leaves no chance to humiliate the police service—bossing over the police has become an addiction of the political masters and bureaucracy. Long ago, when I was serving as SSP in UP, the then home secretary of the state, SS Bisen, a man of great personal integrity, said to me: “Who wants an honest police officer?” That is the problem today too—an honest officer finds it difficult to survive, let alone prosper. Now look at the issue of cow vigilantism and lynchings—it is a matter of concern and regret that such incidents are happening and the police can’t check them. Politically, I think the BJP will pay a heavy price for them, but why is the police not taking effective action? The police has to be insulated from political pressures. At the thana level, officers are letting cow vigilantes have their way because that is what the BJP government probably wants. DGPs must make it clear that such a situation is unacceptable.

Tata-Mistry Case: SC directs all parties to complete their pleadings within...