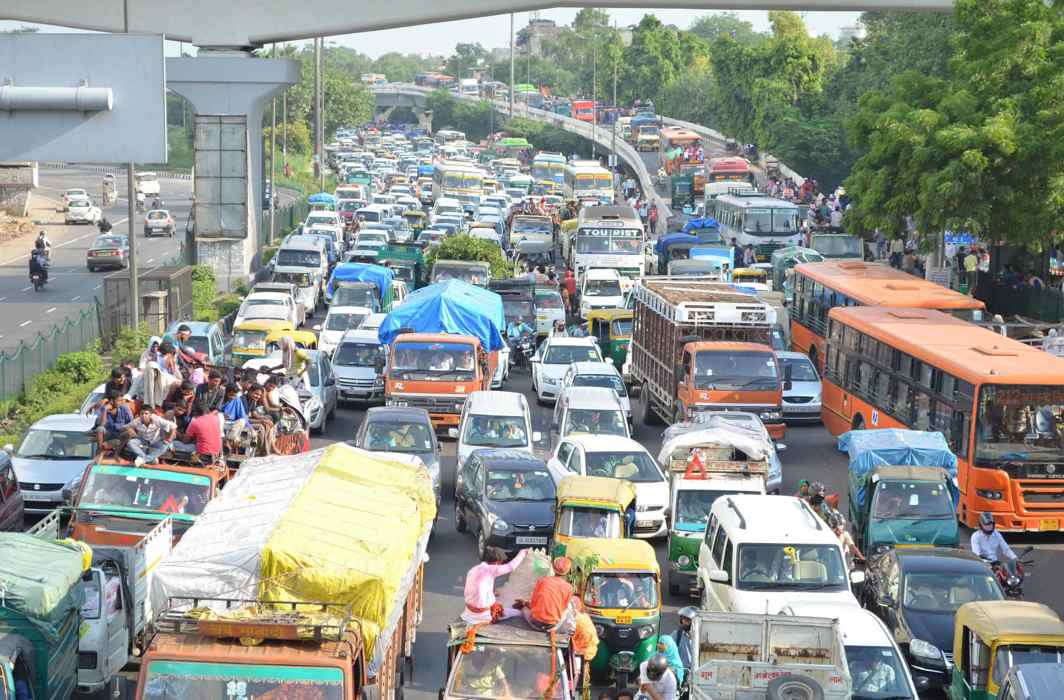 Above: A traffic jam near ISBT in New Delhi/Photo: UNI

It is increasingly becoming difficult to find areas where the quality of governance has improved lives. Unless there is continuous accountability for non-performance, India will be left far behind

TWO weeks back, while at a party to usher in the New Year, an acquaintance stumped me with a simple question. Pointing to a news item which said that the government had compulsorily retired 30 Group A and 99 Group B officers in the past few months to weed out the deadwood of its workforce, he asked me what I thought about it and would it make India a better place to live? The answer to the first question was not difficult. I said all organisations, and not just governments, take action against errant employees and it was a routine action into which nothing extraordinary need be read.

It was the second question which took me by surprise and set me thinking. Governments do differ from other organisations because only they set the rules of governance and implement them and it is because of this difference that the quality of their workforce has a direct bearing on the quality of life of ordinary people. The question, I realised, was logical and deserved an answer. Only, I was at a loss to answer it logically and precisely at that moment.

So what is the quality of governance in India like? Has it improved or deteriorated over the years? The more I thought about it, the more despondent I became as it was increasingly difficult to find areas where the quality of day-to-day governance had improved the quality of life. Sure, there are many areas where our lives are much better today than in the past but that is either because of our increased access to private goods and services or because of the flood of technological revolutions, both being areas of private enterprise. However, the moment you analyse goods and services under the category of “public goods”, you find that governance has actually made life worse, even in the midst of technological advancements.

Look around. Today we have access to the most advanced cars but our traffic is in a mess. This is as much a result of confused policymaking as of poor or non-existent traffic regulation. Delhi, the capital, has arguably the worst-trained and most ineffective traffic police in the country and though I am sympathetic to the difficult task of a traffic policeman, I am appalled at the poor governance and mismanagement by the traffic police bosses. Then there is the state PWD, under the Delhi government, which has made matters worse by poor planning, shoddy implementation and unimaginative work culture. How difficult can it be to first identify traffic bottlenecks by undertaking simple traffic audits and then remove them with common sense solutions? What surprises me is that this pathetic state of affairs continues right under the respective noses of two governments!

What about sanitation and cleanliness? I have great respect for the prime minister who pushed this neglected subject high up in the list of priorities in a country which has a thousand needs. However, it is the job of the people working under him to give shape to the policies prioritised by him and implement them effectively. So, is Delhi any cleaner today? How difficult was it for a top administrator, the lieutanant governor, for example, to take ownership of Delhi’s cleanliness after the prime minister announced the Swachh Bharat initiative and call the chiefs of the MCD, NDMC, DJB, DDA and other related agencies and ask them for a time-bound plan to clean Delhi? After all, it is the capital of India and could have been the best example of Swachh Bharat.

However, except for Lutyens’ Delhi, the rest of it is as dirty as before. Drains are not unclogged or desilted and sewage water overflows regularly at various places, sometimes even getting mixed with drinking water. Garbage dumps are a mile high with no proper planning regarding alternative sites. Segregation of dry waste is still unscientific, there is no regime for disposal of e-waste and sewage treatment is anachronistic. No wonder the sacred Yamuna in Delhi is dirtier than a sewage nullah. Try keeping your eyes open and nose uncovered if you travel out of Delhi by train. While a lot of work has been done in rural areas in the “open defecation-free” initiative, have the Railways been exempted from it? If Swachh Bharat is about freedom from litter and efficient disposal of waste, both solid and liquid, there couldn’t be a worse advertisement than the capital of India.

Traffic and municipal waste add to pollution but for the moment, let us disregard them and focus on the biggest contributor to city pollution—construction dust. The National Green Tribunal (NGT) came out with a detailed order on how to manage dust at construction sites in Delhi. While it was applicable to all construction agencies, the order has remained on paper. The worst violators are government agencies as most construction sites are controlled or regulated by them—flyovers, roads, the Metro, etc. For the last three years, a Metro station coming up in Vasant Vihar, a residential colony, has not followed even five percent of the NGT order on dust control. For years, mounds of earth and construction material piled in open spaces without protective covering have clogged the lungs of the residents but Delhi Metro, unmindful of the pollution being caused by it, has carried on unconcerned, almost contemptuous of any regulation. The various flyovers/roads being constructed or repaired present a similar picture. Who does one complain to? Is there any accountability at all?

The list is endless and scary. You travel in a train and the train derails or falls into a river because the track has not been repaired for years or the bridge was well past its expiry date. You go to a restaurant to celebrate your birthday but die in a fire because the municipal corporation had been lax in checking its fire safety compliance. You step out of your car on a water-logged road to walk to your house and end up being swallowed by an open manhole. You go to an event but end up being the victim of a stampede because someone was lax in enforcing regulations. You are rushing a dear relative to hospital in an ambulance but a traffic jam snuffs out your hope. These are the horror stories ordinary citizens have to face every day due to the dereliction of duty by government agencies.

It is not that everything is fine regarding private space but regulating it is in the hands of governments. Regulate it by all means to improve the quality of life of ordinary people. And regulate your own agencies as strictly because public space is much larger than private space. That is what governance means. As Nobel laureate VS Naipaul said, India is a wounded civilisation. However, most of these wounds appear self-inflicted. Our destiny is now in our own hands but a serious governance deficit is preventing us from realising our true potential.

The answer to the second part of the question is right there. The government’s action in weeding out the non-performers, as reported in the news item, is welcome but grossly insufficient in improving day-to-day governance. The crucial word here is “continuous accountability”.

Unless public officials are made accountable for non-performance and dereliction of duty, and not just for corruption, we cannot hope to catch up with even our neighbours in Southeast Asia, leave alone China. It is non-performance that breeds corruption, not the other way around.